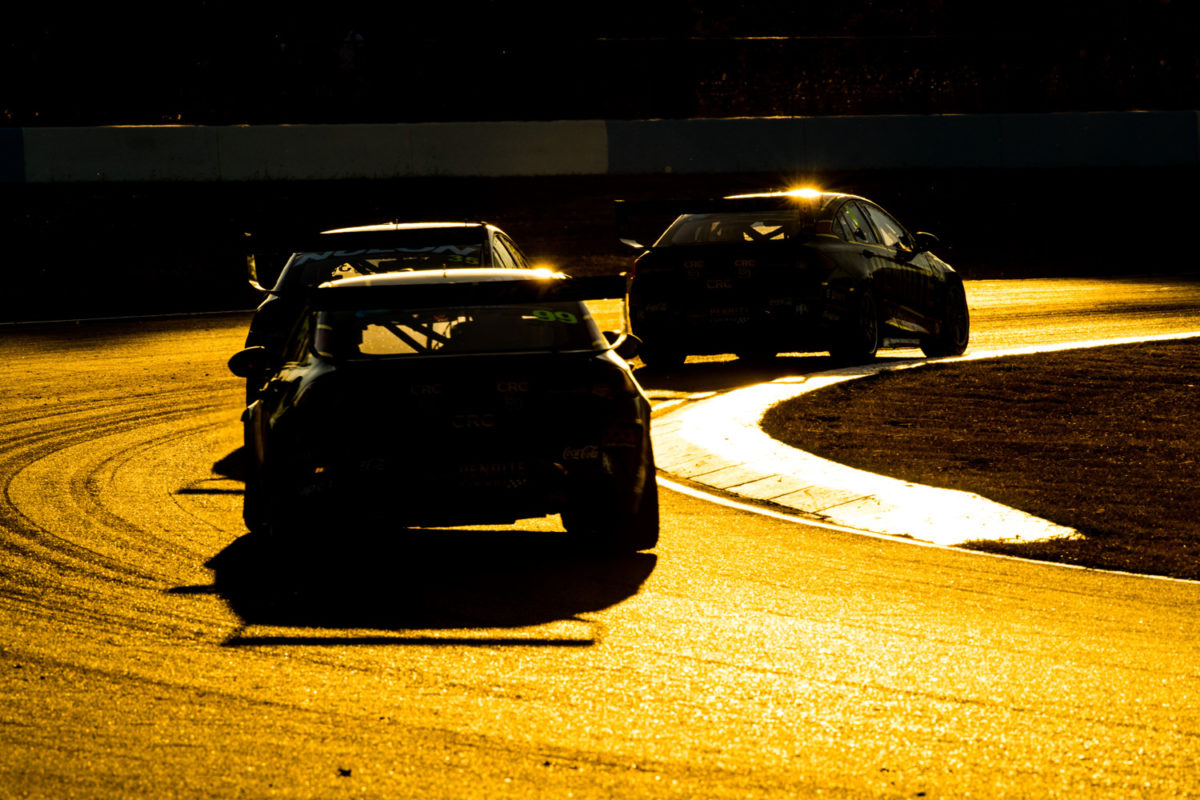 A war of words broke out online in the lead up to the final round of the 2019 Supercars season, dominating headlines and drawing into question just where the line on social media is.

In this week’s Pirtek Poll, we want to know what you think needs to be done – if anything – to manage how social media is used to portray the sport from those within it.

Two separate incidents on social media caught headlines over the weekend, prompting Supercars CEO Sean Seamer to write to teams in an effort to placate the internet furore.

“Over the years, and certainly during my time at Supercars, we have been keen to encourage more comment and opinion from teams and drivers and to increase driver engagement with our media partners and fans,” read the letter from Seamer in part.

“But, as in all sports, there is a line that must not be crossed where unfounded and malicious accusations made against specific teams, drivers or stewards goes beyond robust competition and starts to bring the category and sport into disrepute.

“The recent comments likening Scott McLaughlin to Lance Armstrong, and similar offensive commentary, errs into the realm of bringing the sport into disrepute. The comments are a clear allegation of cheating and implicate Scott and his team as well as Supercars and CAMS’ stewards. 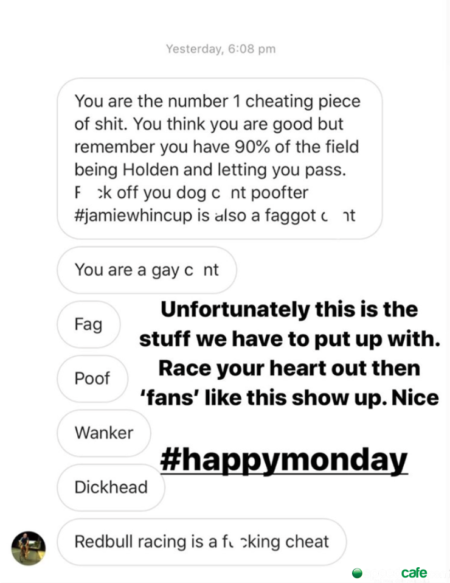 “There are obviously provisions in the Code of Conduct and Operations Manual that can be activated against those disregarding these requirements, but I would prefer to provide this warning so that matters don’t unnecessarily escalate.”

A radio interview with Steve Johnson prompted an angry response from Ryan Walkinshaw on Twitter, allegedly over a series of text messages between the Walkinshaw Andretti United boss at 2019 Supercars champion Scott McLaughlin.

As that was heating up, Scott Pye took to Instagram to express his opinion on how the latter stages of the controversial campaign have played out.

It drew a response from Nick Percat, who agreed with Pye’s opinion and added his own two cents’ worth.

Both incidents centred on McLaughlin, who had already been forced to face a barrage of criticism heading into the weekend, and prompted him to brand the last few weeks the toughest of his career.

Red Bull Holden Racing Team boss Roland Dane said that he did not place much weight on social media comments.

“If I and other people looked at all those comments at all, we’d all be topping ourselves by lunchtime tomorrow,” Dane told Speedcafe.com.

“An awful lot of them, whether they’re from people inside the sport or outside, are so juvenile that they’re not worth commenting on.

“I think that unfortunately everyone’s a keyboard expert on a number of levels, and that’s the issue that’s much wider than just our sport and our activities.

“When Shane (van Gisbergen) came to drive for Triple Eight, I said to him about his own social media, ‘if it doesn’t make you faster, and/or earn you any money’, or in his case, ‘…and/or find you an introduction to another girl’ then why are you doing it? What’s the point of it? Maybe… I don’t understand, it’s not my world.”

Shell V-Power Racing Team boss Ryan Story suggested there are lessons to be taken away from the recent situation.

“Where you draw the line is when it gets personal, and I think we’ve seen a bit of personal attacks that haven’t been necessary in recent times, and there’s plenty for all of us to learn from,” he told Speedcafe.com.

“We have to be respectful of each other. As much as we all want to beat each other on-track, the off-track banter, there’s a place for it because its entertainment – and ultimately we’re in the entertainment business.

“I suppose it harks back in many respects to the passion that all of us feel. Racing is all about passion; you see it in the supporters, you see it in the competitors and sometimes that can manifest itself in different ways,” he added.

“And really, we can’t put the fire out, but we just have to ensure we don’t go personal and we don’t attack people personally.”

Competitors and those in the paddock are bound to broad social media policies, both from Supercars itself and from the Confederation of Australian Motor Sport.

The question is, should Supercars take a more leading role in managing and policing the use of social media by those within its ranks, or should individuals be able to voice their opinions freely?