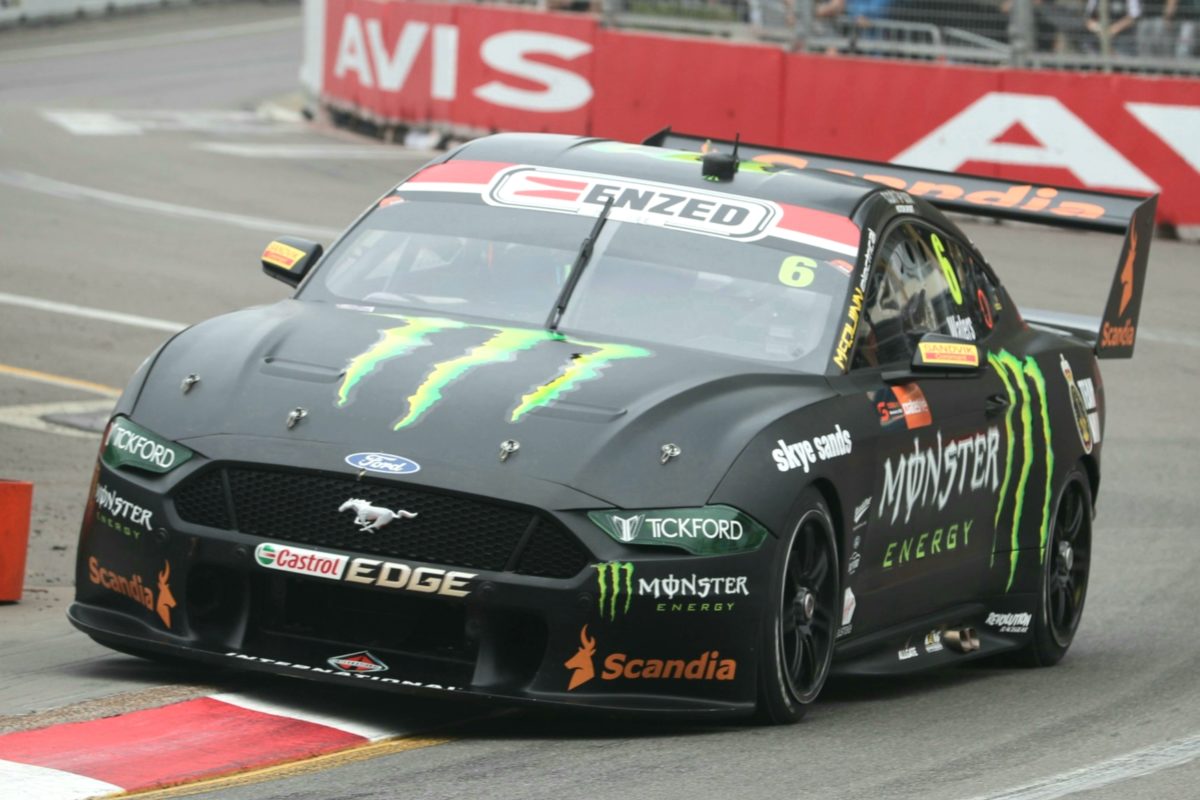 Cameron Waters has qualified on provisional pole for the 2019 Supercars Championship finale in Newcastle while Shane van Gisbergen missed the Armor All Top 10 Shootout.

Waters set the fastest lap of the weekend so far, a 1:10.1095s, on roaded tyres and the #6 Monster Energy Mustang will be last out for the one-lap dashes later today.

The Red Bull Holden Racing Team’s Jamie Whincup and both Shell V-Power Racing Team entries made the top 10 in a session run in overcast conditions, but van Gisbergen qualified only 18th after a late error.

Lee Holdsworth was quickest on the first runs with a 1:10.5545s in the #5 The Bottle-O Mustang, from Fabian Coulthard (#12 Shell V-Power Mustang), Whincup (#88 ZB Commodore), and Anton De Pasquale (#99 Penrite ZB Commodore).

Waters then wheeled the #6 Tickford Racing entry to a 1:10.1095s and, ahead of the final runs, he held sway from Scott McLaughlin (#17 Shell V-Power Mustang), Whincup, and Tim Slade (#14 Freightliner ZB Commodore).

Nick Percat had a run-in with Will Davison at Turn 11 having gone early for his last run and caught the #23 Milwaukee Mustang.

The Brad Jones Racing driver locked up at the Hairpin and backed into the wall when he tried to quickly flick the #8 Timken ZB Commodore back around, while Davison is under investigation for the incident.

In the end, none could topple Waters, but Whincup did swap places with McLaughlin when he moved to second with a 1:10.1281s with the chequered flag out.

“I did that time on a roaded tyre, so I think there’s a little bit in that because I couldn’t go quicker on the greens,” said Waters.

“It’s probably the best the car’s felt, so for me I wouldn’t say the track’s much different, I’d just say we’ve done a better job with the car.”

Holdsworth will be first car out for the Top 10 Shootout after Mostert improved his lap time but not his position right at the end.

Mostert came up 0.0005s slower than his Tickford team-mate and is therefore locked into 11th.

Van Gisbergen was seen backing away from the run-off area at Turn 9 in the final two minutes of the session and he pitted before the chequered flag came out, meaning the previous day’s race winner is only 18th on the grid today.

Results: Armor All Qualifying for Race 32