WHERE ARE THEY NOW: Geoff Brabham > View 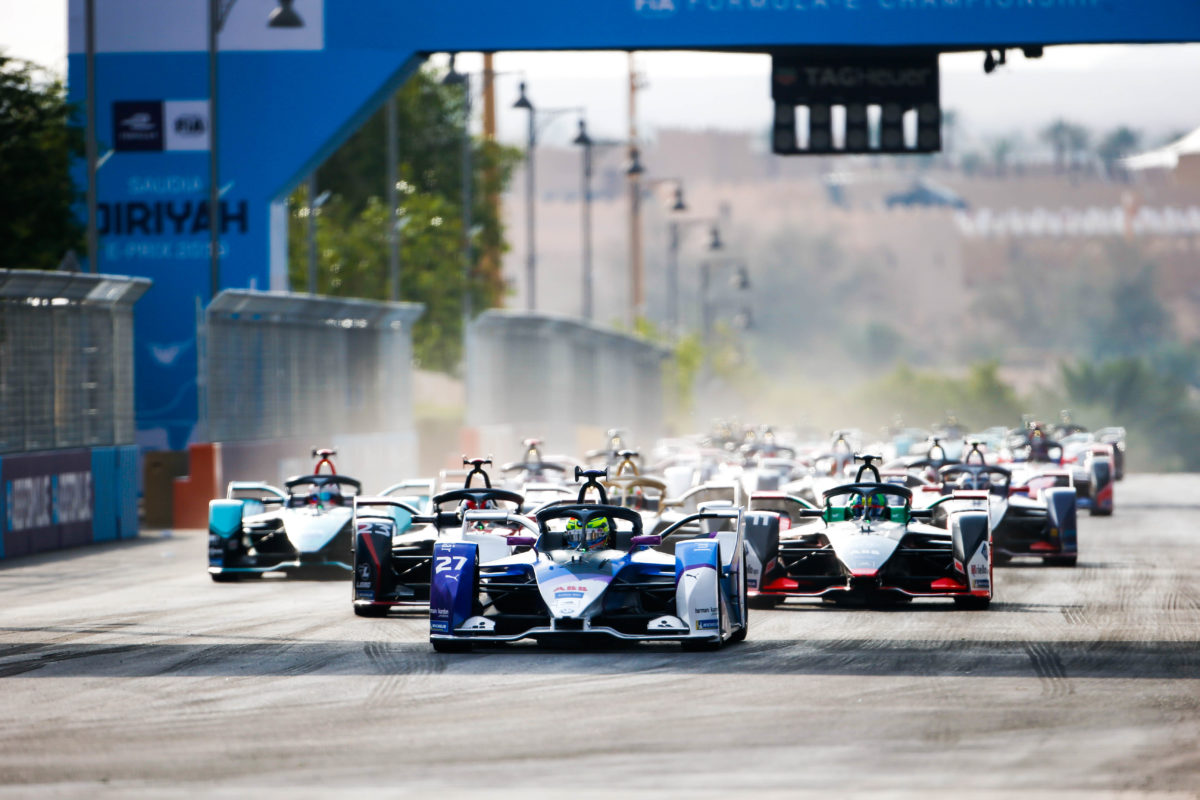 Alexander Sims has claimed his first Formula E race win in a chaotic second event at the Diriyah E-Prix in Saudi Arabia.

Starting from pole, Sims enjoyed a relatively straightforward race out front as drama unfolded behind him.

Through it all, Maximilian Gunther and Lucas Di Grassi claimed the minor podium places, though Gunther’s second place is under a cloud pending a post-race investigation.

After a fairly subdued start, the action began on Lap 7 when Antonio Felix Da Costa clipped Sebastien Buemi, pitching the Swiss driver into a spin.

Buemi then compounded the issue by rejoining in an unsafe manner, for which he would be slapped with a time penalty while Da Costa picked up a drive through for his part in the incident.

Da Costa was involved in the race’s second skirmish too, activating Attack Mode on Lap 13 and dropping behind Lucas Di Grassi in the process.

As they squabbled Di Grassi was forced to check up, allowing Bird to have a look around the outside, only for the previous day’s race winner to be attacked by Mitch Evans.

Bird and Evans then touched at Turn 4, with Pascal Wehrlein clouting the former at Turn 5 to take him out of the race.

The exchange earned Evans a drive through penalty, while the resulting Safety Car caused chaos in the pack.

As he was allowed back through, the yellow flags out and therefore passing not permitted, Gunther tagged Stoffel Vandoorne.

The race restart was also investigated.

Sims then led from Di Grassi as Da Costa headed to the lane to serve his drive through for the contact with Buemi earlier in the race.

The race was quickly interrupted again when Robert Frijns found the wall at Turn 9.

Officials were too eager to get the race restarted, waving the green flag while Frijn’s car was still being craned away, forcing the hasty deployment of a Full Course Yellow to neutralise the race once more.

The race went green again on Lap 22, Di Grassi taking Attack Mode to fall from second to fourth behind Gunther and Vandoorne.

Able to pick of Vandoorne, Di Grassi couldn’t find a way through on Gunther and was forced to settle for third behind the Andretti Autosport one-two.

Sims now leads the championship after its opening two races by five points over Vandoorne, with Santiago set to play host to the next round on January 18.