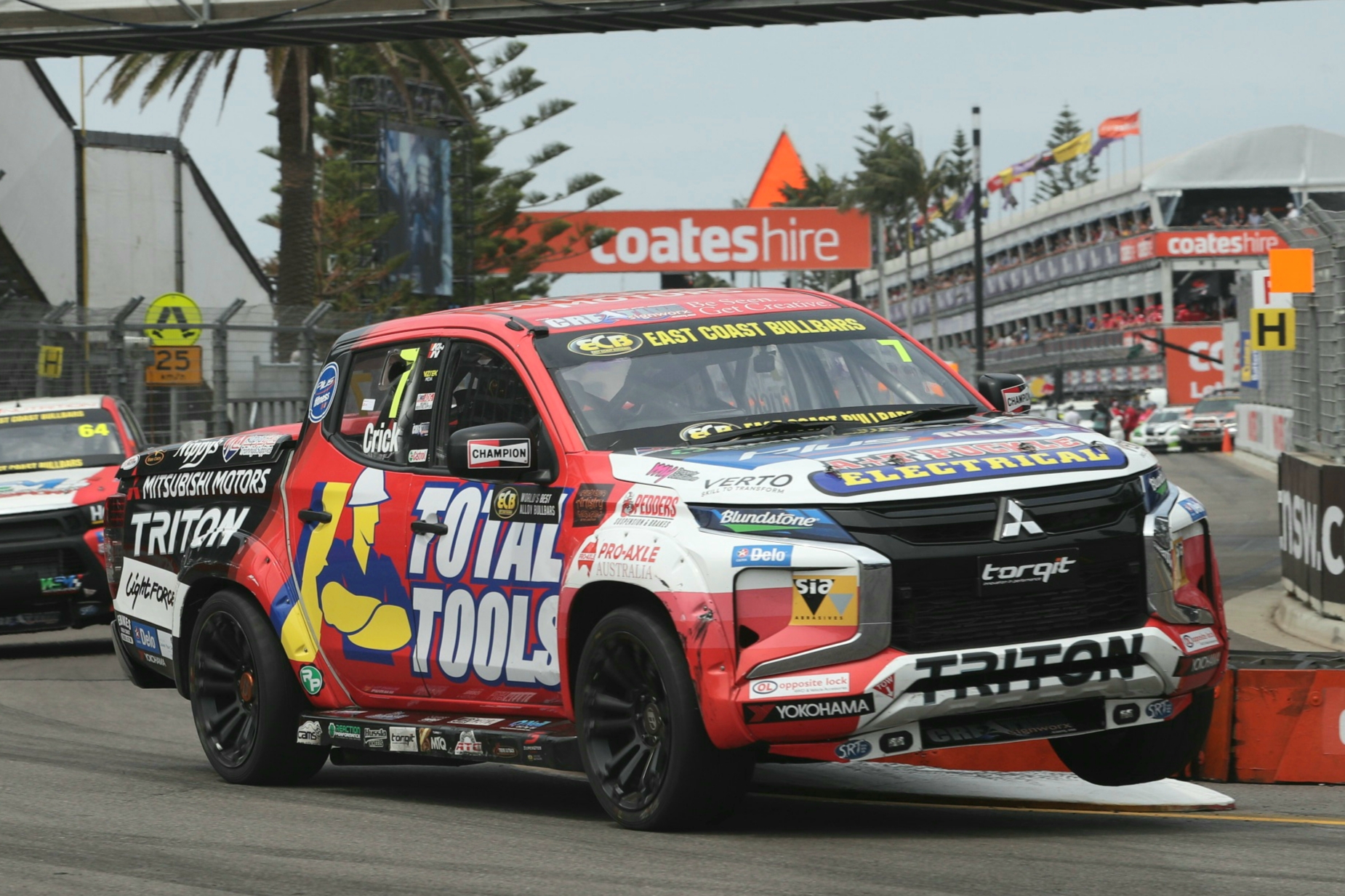 Cameron Crick inherited victory in the final SuperUtes race of the season at the Coates Hire Newcastle 500 after a penalty for Ryal Harris.

It was a depleted field that started Race 3 after a sizeable crash earlier in the day and Tom Alexander (Isuzu D-Max), who had taken an unassailable series lead in Race 2, led up Watt Street for the first time of asking.’

Alexander had to defend from Crick early on before the Mitsubishi Triton driver came under attack from Harris (Mazda BT-50), who swept around the outside at Turn 10 on the opening lap to claim second.

Harris closed up on Alexander and put his nose down the inside at Turn 9 on Lap 4, as the pair made contact which sent Alexander spinning.

Alexander dropped to fourth on the road as a result of the incident, while Harris copped a 15-second time penalty but took over the nominal lead.

Harris took the chequered flag first at the end of the 11-lap race but was relegated to fourth due to the penalty, with Crick inheriting the victory.

Alexander, the 2019 series winner, got one spot back from Craig Woods to officially claim second, with Woods classified third in his Toyota Hilux.

The round was the last for the turbo diesel platform, with SuperUtes teams planning a switch to V8s next year.