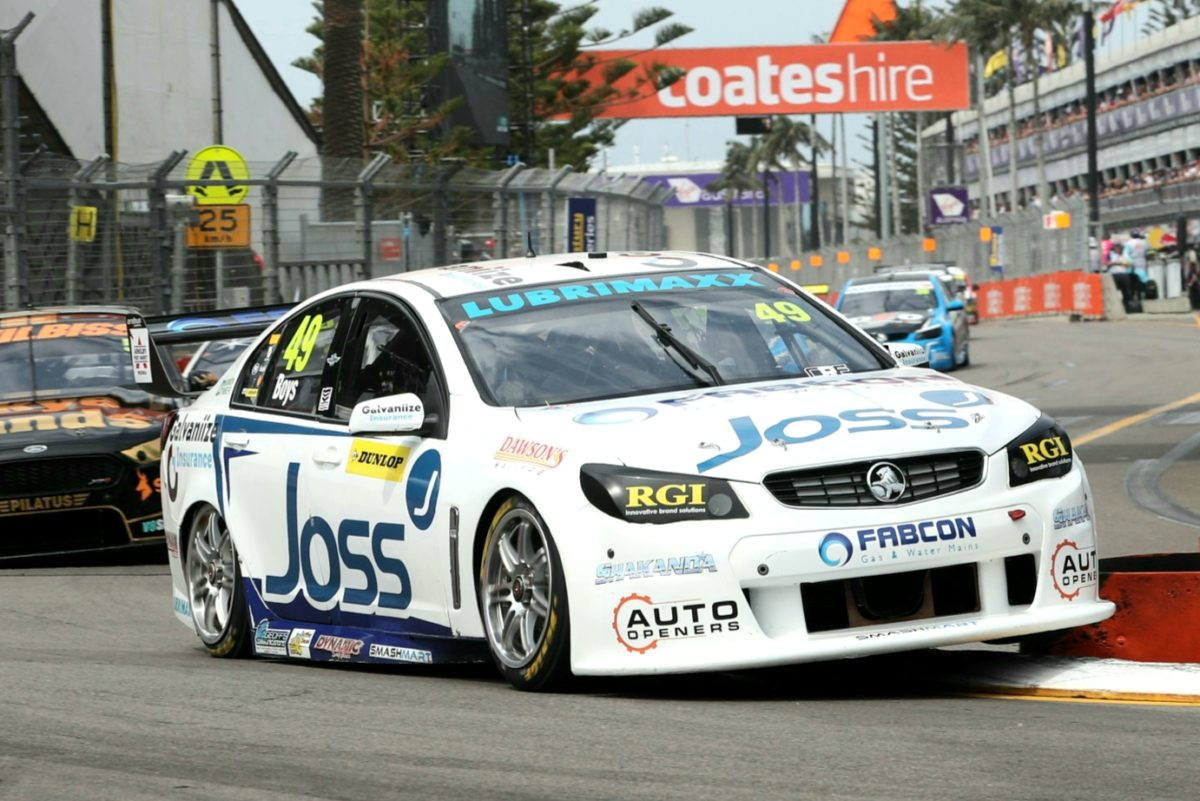 Jordan Boys has won the final race of the 2019 Dunlop Super2 Series in Newcastle after Bryce Fullwood ran long while leading.

Fullwood, who had already wrapped up the title last time out at Sandown, held first position until Lap 9 when he locked a brake at the Hairpin.

That error proved decisive, with the #16 MW Motorsport Altima taking the chequered flag 2.2618s behind the #49 Image Racing VF Commodore after 21 laps.

Fullwood took a clear lead to the first corner from Armor All Pole Position as Boys slotted into second and Thomas Randle (#5 Tickford FGX Falcon) rounded up Kurt Kostecki (#55 Triple Eight VF Commodore) for third as they turned onto Watt Street.

Will Brown (Eggleston Motorsport) ran sixth early on but had to play defensive against Zane Goddard (#28 MW Motorsport Nissan Altima) at the top of Watt Street on Lap 2 after he wagged the tail of the #38 VF Commodore and glanced the tyre wall back down the hill.

Brown lost the rear in an even bigger way on Lap 6 and slid into the barriers at the left-hander in front of Newcastle Beach, which saw him retire to the pits.

Fullwood’s lead had been roughly stable at just over a second when he had a big inside-front lock-up at the Hairpin on Lap 9 and ran wide.

Boys duly drove through the gap which the Territorian had left and quickly cleared out at the head of the field, ultimately taking a second career Super2 win after breaking through at Sandown just a fortnight earlier.

Fullwood had a lonely run thereafter to second, while Randle was third in the race and the same position for the season overall.

Kostecki finished the race fourth, wrapping up second position in the standings, while Jack Perkins came home fifth on the day in the #54 Eggleston Motorsport VF Commodore.

Jack Smith (#21 Brad Jones Racing VF Commodore) locked up and took out Matt Chahda at the Hairpin on Lap 20, which consigned the latter to a DNF having been running seventh in the #18 Matt Chahda Motorsport FGX Falcon.

Smith got home in 12th with a post-race pit lane penalty equivalent making no difference to his classification given he was the last finisher anyway.

Adam Marjoram (#15 Image Racing VF Commodore) was the other non-finisher after riding up on Chahda’s car as the pack threaded its way through the first corner of the race, and copping contact later on from Smith at Turn 8.