Van Gisbergen goes from 10th to pole in Shootout

Van Gisbergen goes from 10th to pole in Shootout 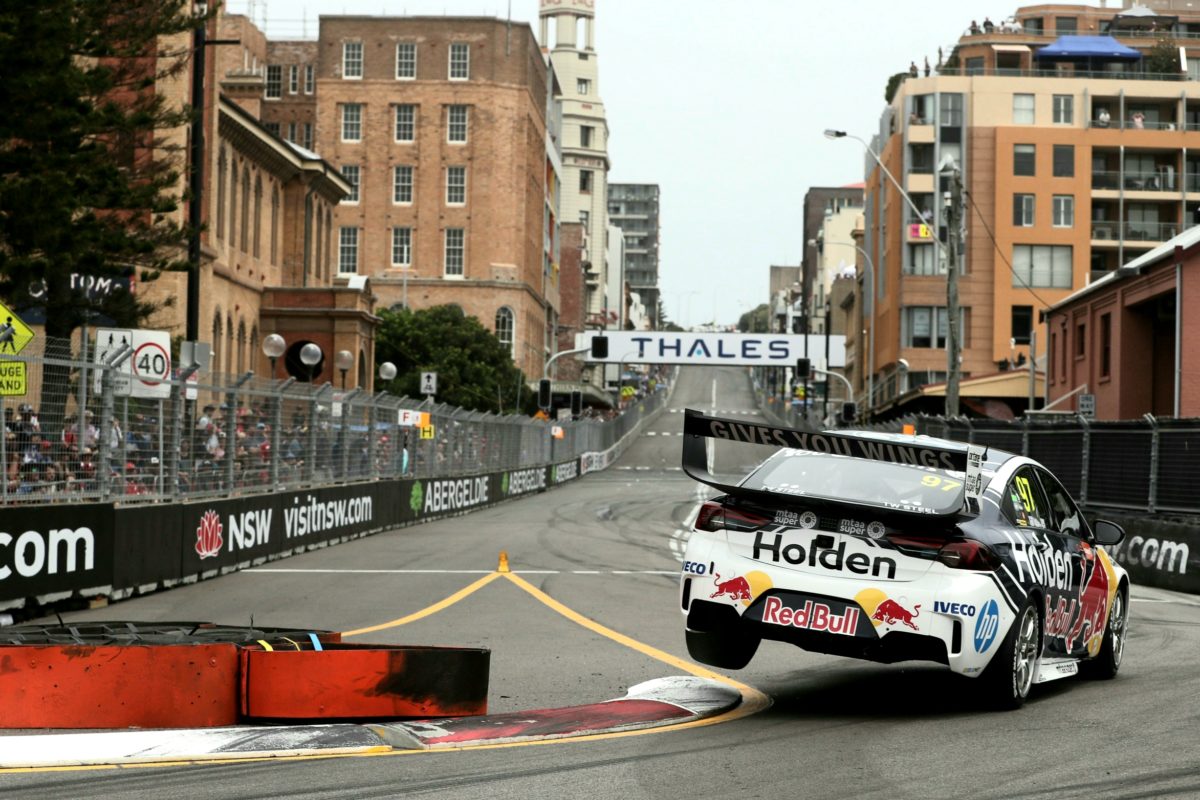 Shane van Gisbergen has topped the Armor All Top 10 Shootout for Race 31 at the Coates Hire Newcastle 500 having been first on-track in the one-lap dash.

The Red Bull Holden Racing Team driver almost missed the Shootout altogether but then went and set a 1:10.1747s, which was faster than team-mate Jamie Whincup had achieved in provisionally qualifying on pole.

Whincup will start directly behind the #97 ZB Commodore having been third fastest, with the Banyo cars split by another big mover in Scott McLaughlin (#17 Shell V-Power Mustang).

The champion-elect followed van Gisbergen and David Reynolds onto the circuit and was faster than the latter to the second sector before stopping the clocks at 1:10.2374s.

Whincup missed the apex at the top of Watt Street but was still faster than all but McLaughlin to the end of the first sector before breaking the beam at 1:10.2817s in the #88 ZB Commodore.

“I’m pretty stoked with that,” said van Gisbergen at the conclusion of his hot lap.

“Our car hadn’t been real good on new tyres but I didn’t want to know what ‘Shippy’ (engineer Grant McPherson) did, he just did his thing and I just drove it.

“The car was good so let’s see how that stacks up but I’m pumped.”

Cameron Waters, who provisionally qualified third, threatened to unseat van Gisbergen but came up 0.1574s short and is set to start from fourth in the #6 Monster Energy Mustang.

Anton De Pasquale (#99 Penrite ZB Commodore) almost matched his provisional qualifying time with a 1:10.3687s which put him fifth from a provisional second position on the grid.

Fabian Coulthard (#12 Shell V-Power Mustang) used all of the exit room at Turn 1 and appeared to wipe only his left-hand mirror on the wall exiting Turn 12 on his way to a 1:10.4593s which was good enough for sixth position.

Reynolds clocked a 1:10.5481s in the #9 Penrite ZB Commodore for a net gain of two positions to seventh, while James Courtney (#22 Mobil 1 ZB Commodore) went one spot in the opposite direction to eighth with a 1:10.5553s after getting inside front locking at the Turn 11 hairpin.

Tim Slade, who just got the #14 Freightliner ZB Commodore stopped at Turn 11, lapped the Newcastle East Street Circuit in 1:10.7821s.

Lee Holdsworth, who had roaded tyres on all four corners of the #5 The Bottle-O Mustang, recorded a 1:10.8043s which saw him end up five positions worse than he had provisionally qualified.

Race 31 of the Virgin Australia Supercars Championship, of 95 laps/250km in distance, is set to start at 1615 local time/AEDT.