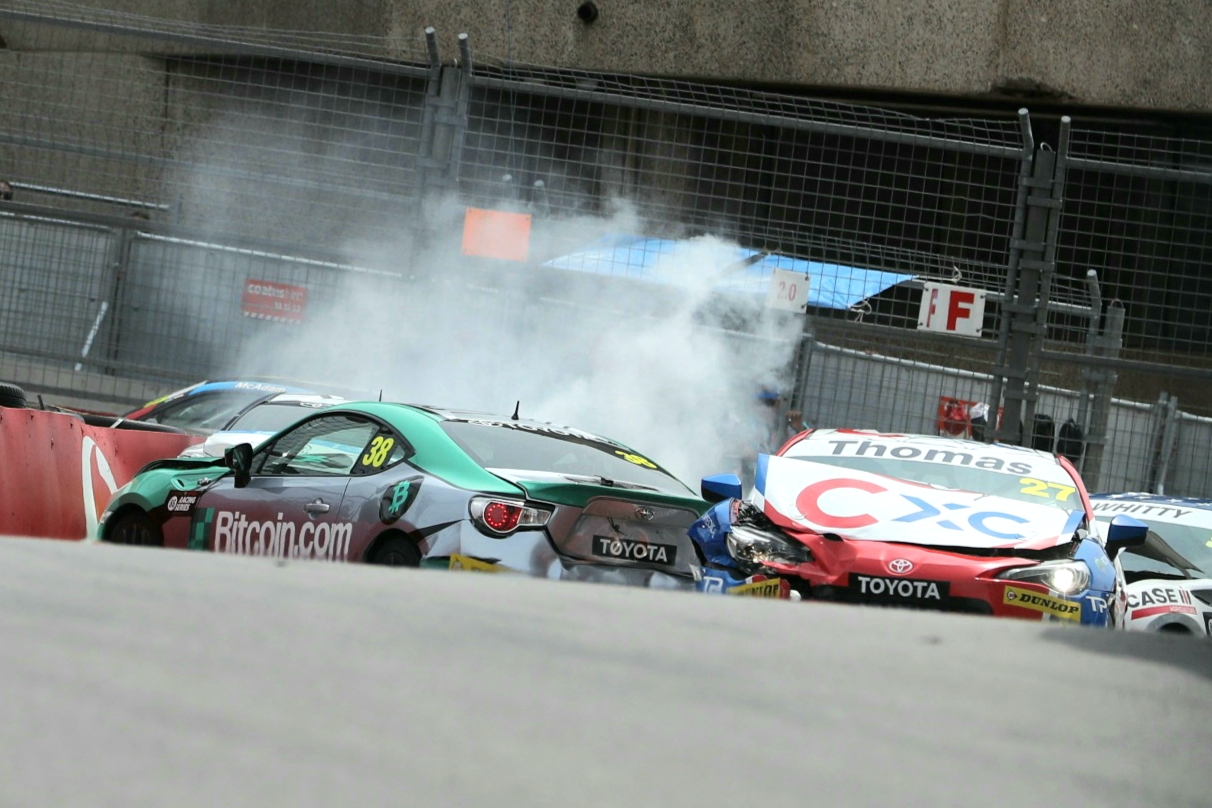 The first-lap incident in the Toyota 86s 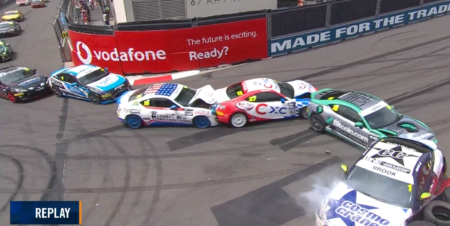 Luke King won a dramatic Toyota 86 Racing Series opener at the Coates Hire Newcastle 500 in which a first-lap incident had major title implications. 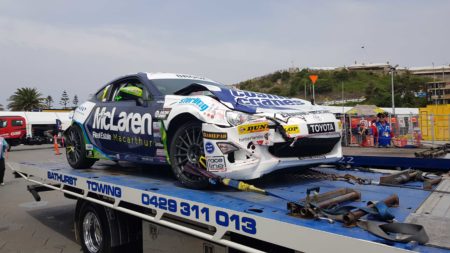 On Lap 1, series contender Tim Brook speared into the tyre wall at the top of Watt Street and bounced back onto the racing line, a crash he later admitted was a case of driver error.

With the field running in close proximity, Luke van Herwaarde ploughed into the rear of Brook’s car while Dylan Thomas and Jarrod Whitty were also caught up in the carnage.

King survived the crash and led the field back to green flag racing on Lap 6, with series leader Aaron Borg coming under pressure from Zane Morse for second.

King checked out at the head of the field and took victory by 3.6s ahead of Borg and Morse.

While Brook’s team is attempting to fix his car, Borg is now well clear at the top of the standings. 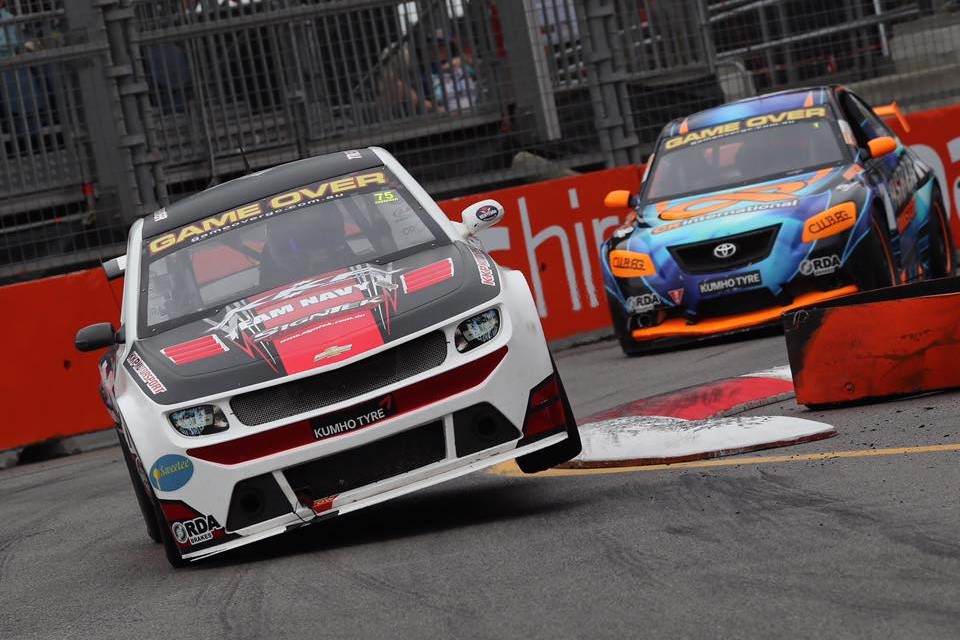 Series contender Kel Treseder took an important race win after Joel Heinrich claimed the opener in the seventh and final round of Aussie Racing Cars for 2019.

Treseder took the lead in Race 2 by hanging on the outside of Heinrich at the first corner and getting the better run up Watt Street.

He withstood early pressure and led the rest of the way as Heinrich began to trade second spot back-and-forth with Nick Simmons, who ultimately finished runner-up.

Justin Ruggier, who arrived at Newcastle at the head of the standings, took third after Heinrich slid wide at Turn 1 on Lap 11 and could not cover the line up the hill.

Heinrich pulled off with a technical drama before the lap was out, handing fourth position to Josh Anderson and fifth to Craig Woods.

Earlier, Heinrich hung on for victory from Treseder, with Ruggier third having ceded a position to his key title rival mid-race.

The final two races of the season start tomorrow at 0945 and 1215 local time/AEDT.