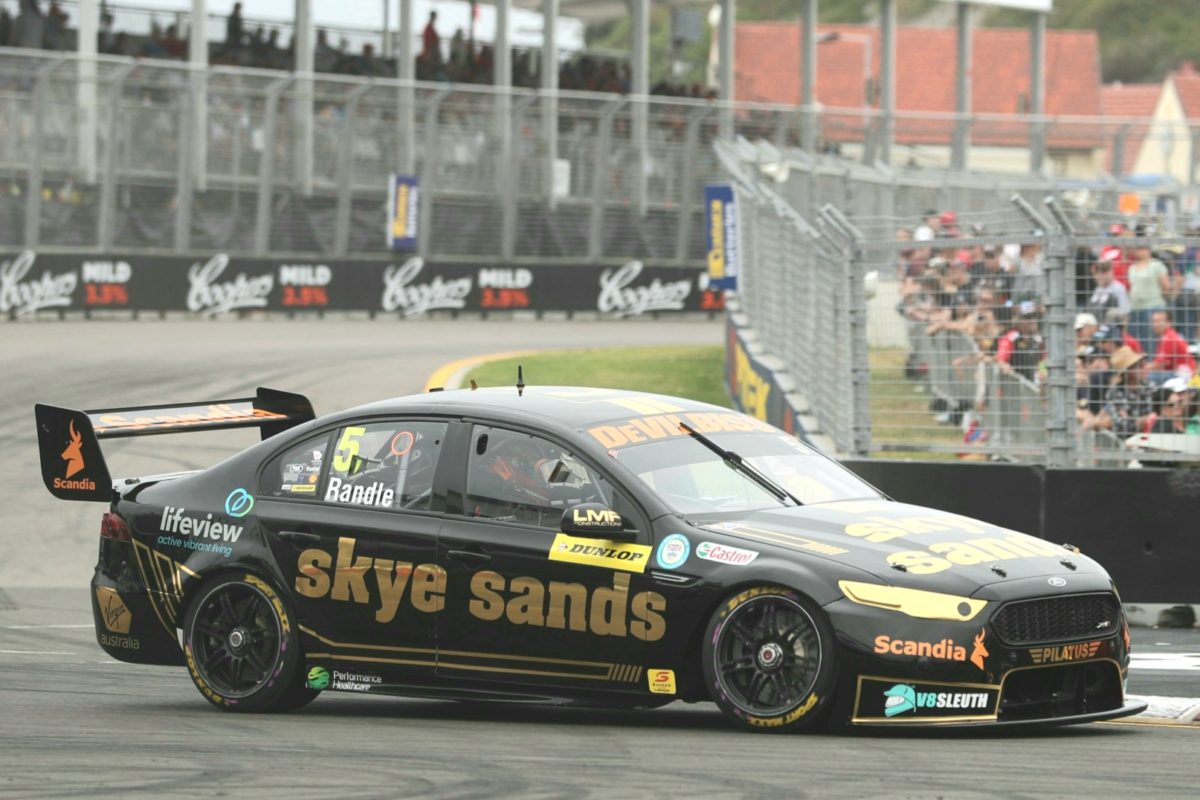 Thomas Randle has taken Armor All Pole Position for Dunlop Super2 Series Race 1 in Newcastle with an impressive lap time.

The Tickford Racing driver laid down a 1:11.4644s in the #5 FGX Falcon, the fastest Super2 lap on the Newcastle East Street Circuit since the first visit in 2017.

He will share the front row with provisional series winner Bryce Fullwood of MW Motorsport, while Row 2 will be the most recent race and round winners in Jordan Boys and Jack Perkins respectively.

Boys went early for his second run and laid down a 1:11.7302s despite having to thread his way through traffic as he negotiated the kink from Parnell Place onto Nobbys Road.

He went fastest to the first sector on his next lap but could ultimately find no improvement on his first run.

Randle was sixth by the time he set the lap which would stand up for pole, inside the final three minutes of the 15-minute session.

Fullwood threatened to unseat the Tickford driver when he went fastest to the second sector but was 0.2080s slower at the control line and did not complete another flyer.

Perkins finished up 0.3409s off the pace, with Ash Walsh (#35 Matt Stone Racing VF Commodore) and Kurt Kostecki (#55 Triple Eight VF Commodore), the latter of whom has a strong hold on second in the series, to share Row 3 this afternoon.

Brown did not go faster on his second run, which included running long at Turn 11, and was shuffled back to seventh, ahead of Dylan O’Keeffe (#44 Garry Rogers Motorsport VF Commodore), Brenton Grove (#10 Triple Eight VF Commodore), and Adam Marjoram (#15 Image Racing VF Commodore).