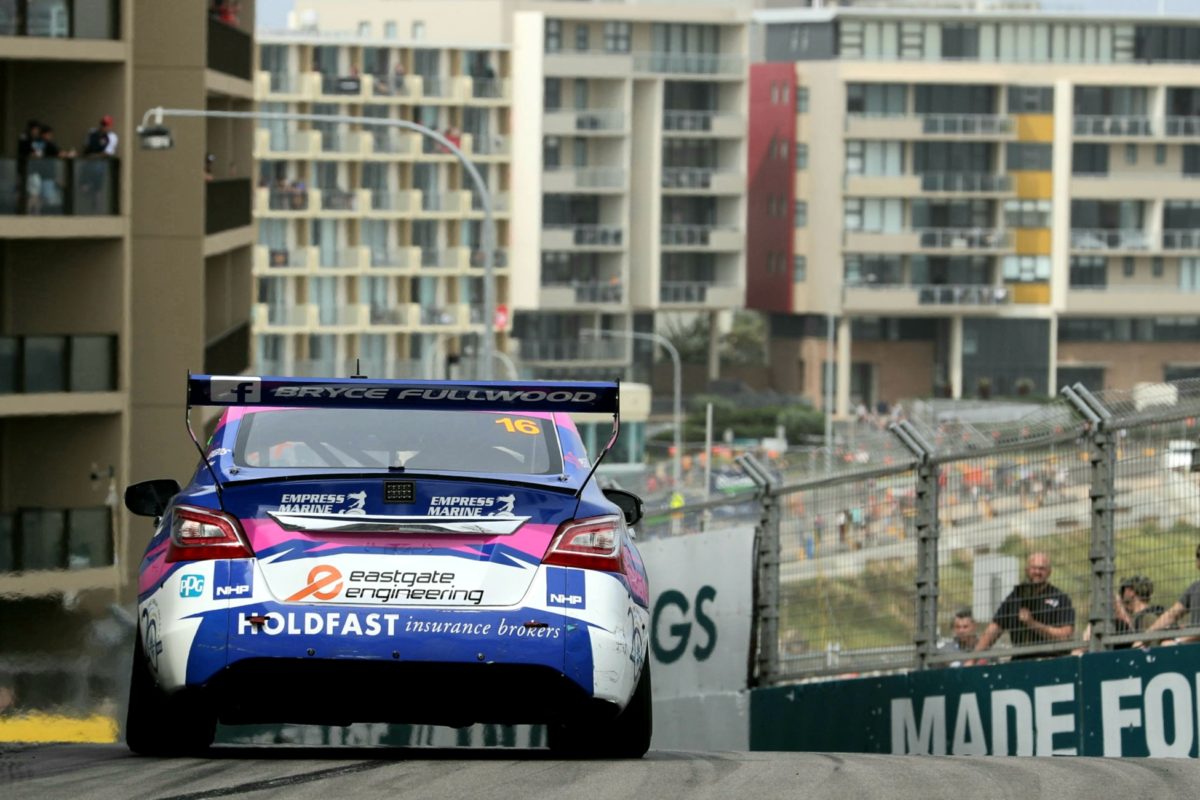 Provisional series winner Bryce Fullwood has eased to a lights-to-flag win in Race 1 of the final Dunlop Super2 round of the season in Newcastle.

The MW Motorsport driver missed Armor All Pole Position but it did not matter when he won the start and eventually the race, by almost three seconds.

Ash Walsh (#35 Matt Stone Racing VF Commodore) took fourth while Kurt Kostecki tightened his grip on second in the standings with a finish of fifth in the #55 Triple Eight VF Commodore.

Fullwood (#16 Altima) bested Randle from the outside of the front row and took a clear lead to the first corner.

Boys seized third position as he and Jack Perkins (#54 Eggleston Motorsport VF Commodore) had a small touch through Turn 1, which allowed Walsh to pass the latter at the top end of Watt Street.

The Triple Eight driver managed to catch the #10 VF Commodore and avoid a serious incident, slotting into ninth position.

Fullwood gave himself breathing space at the front and pushed the lead past a second on Lap 3, as Walsh bottled up Perkins, Kostecki, and Will Brown (#38 Eggleston Motorsport VF Commodore).

Randle saw off an early threat from Boys and Walsh did similar with respect to Perkins, who could not shake Kostecki.

Fullwood was over two seconds up on Randle after 10 out of 20 laps, down one on the scheduled distance due to an extra formation lap.

Perkins locked the left-front of Car #54 at the top of Watt Street on Lap 11 and ventured into the run-off area, a moment which saw him initially drop to 12th before pitting to replace the damaged tyre.

Randle very briefly got the lead back under two seconds when he set the fastest first sector on Lap 14 but took the chequered flag 2.9863s behind Fullwood.

Boys was almost a second behind Car #5, while Walsh finished 8.7s further back again.

Everingham brought the #27 MW Motorsport Altima home in 13th, Smith was 14th, and Perkins a lap down in 15th.

Armor All Qualifying for the final race of the season starts tomorrow at 1050 local time/AEDT.