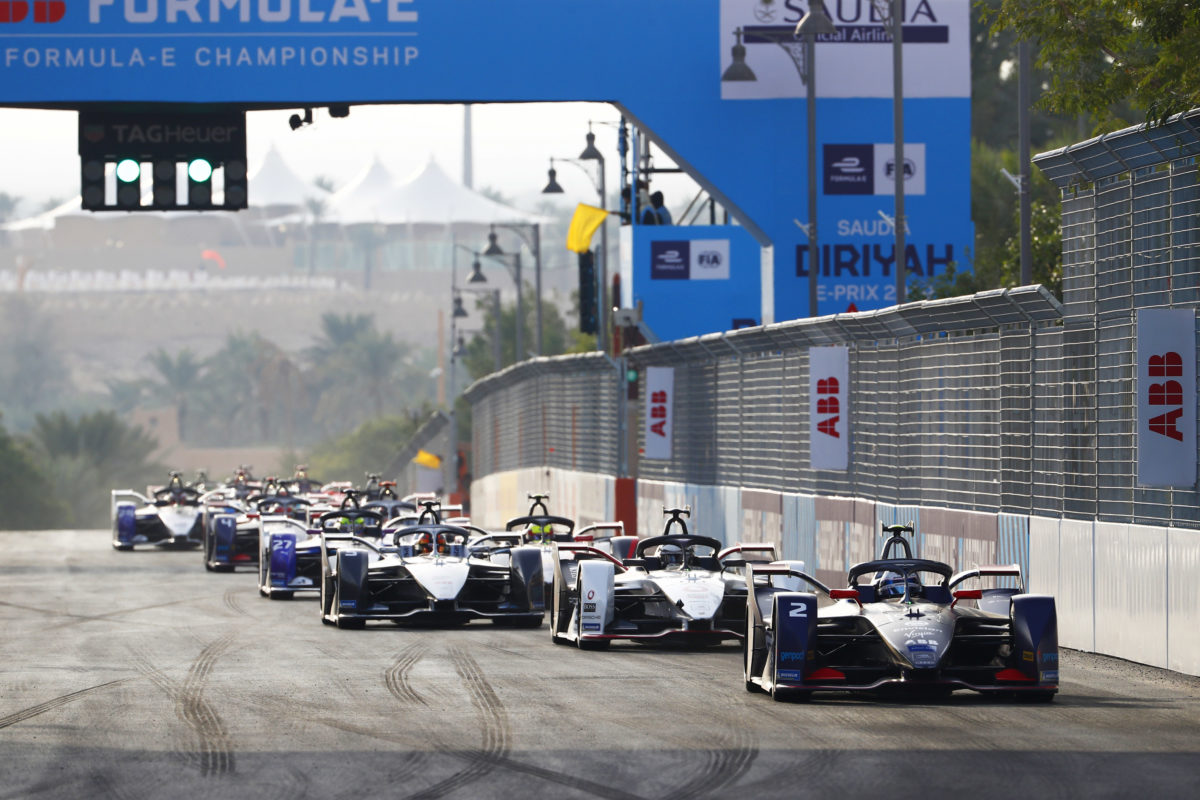 Sam Bird has claimed victory in the opening race of the 2019/20 Formula E Championship at the Diriyah E-Prix.

The Englishman rose through the field, seizing top spot three laps before the race was suspended following a late clash between Christian Abt and Antonio Felix da Costa.

Alexander Sims started from pole, moving into an early lead, followed by the Mercedes duo of Stoffel Vandoorne and Nyck de Vries in the German marque’s maiden Formula E appearance.

Further back Bird began his charge forward, challenging Edoardo Mortara for fourth in the opening laps.

He made his move on lap nine, activating Attack Mode to initially drop to sixth before moving to fourth on Lap 11.

He then ran with the two Mercedes drivers, who in turn pursued race leader Sims.

On Lap 20 Bird used the Attack Mode to move up to third after putting a move on De Vries at Turn 18.

A lap later, Sims and Vandoorne made contact, running wide at Turn 18 and allowing Bird through to second place.

Vandoorne held down the lead until Lap 27 when Bird moved though, again at Turn 18.

The Mercedes driver tried to respond, activating the Attack Zone which saw him drop behind Andre Lotterer, who’d climbed from seventh on the grid.

However, a clash between Abt and Da Costa saw the race interrupted, trapping Vandoorne in third.

At the restart on Lap 32 Bird was able to open a 1.3 second advantage in the two lap sprint to the flag, with Porsche’s Lotterer holding on for second and Vandoorne third.

Together with Mercedes, it was also Porsche’s maiden appearance in the category, the two automotive brands claiming podiums on debut.

The second race of the 2019/20 campaign takes pace on Saturday afternoon local time as part of a double-header opening weekend.