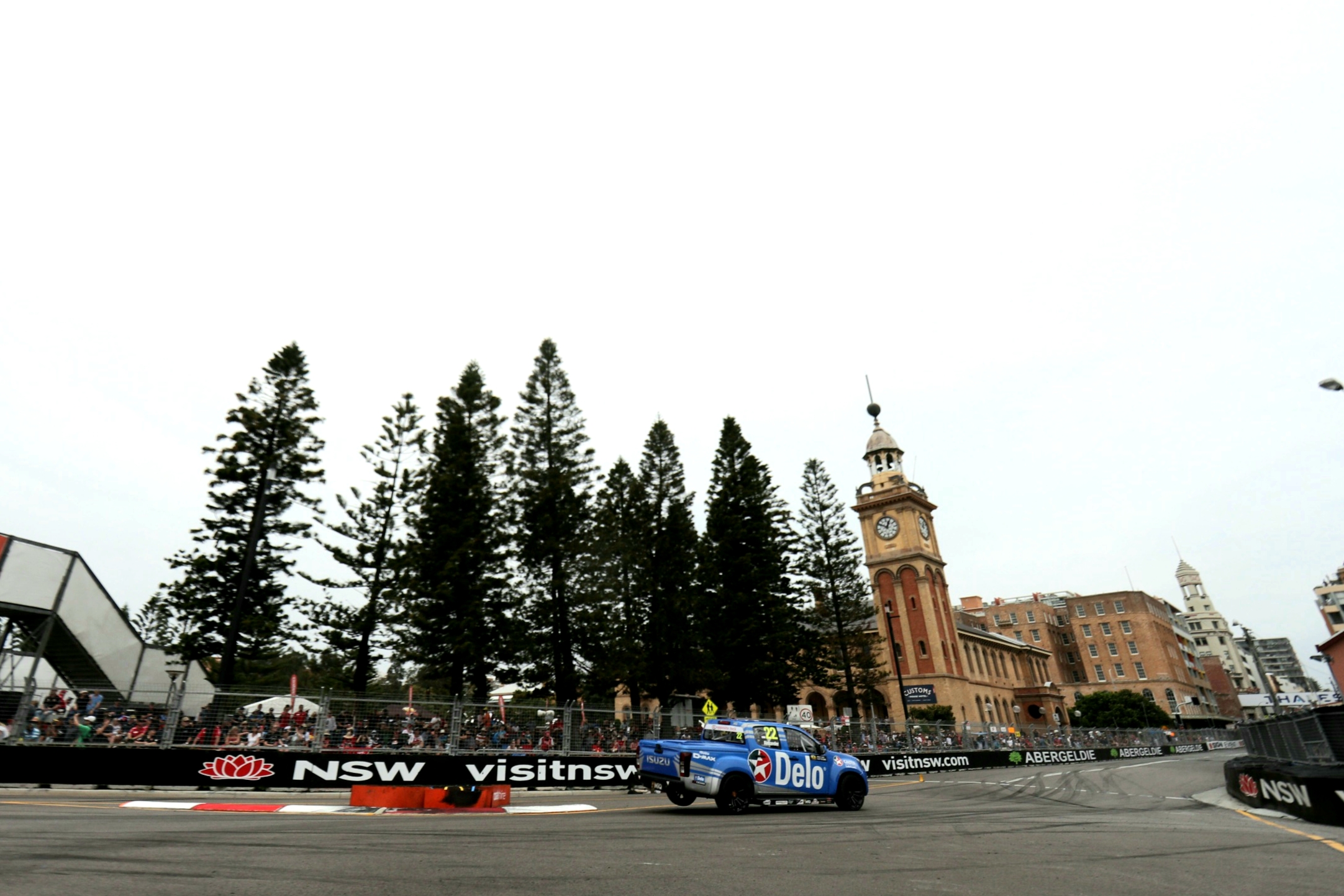 Tom Alexander inched closer to the ECB SuperUtes series title by taking victory in the opening race of the weekend at the Coates Hire Newcastle 500.

The Isuzu D-Max driver Alexander dominated Race 1, winning his fifth race of the season by 2.1s over Cameron Crick while outside title chance Ryal Harris was third.

Starting from pole, Alexander held sway at the head of the field off the start while Crick (Mitsubishi Triton) filed in ahead of Harris (Mazda BT-50) at the top of Watt Street.

Elliot Barbour (Mitsubishi Triton) tapped the rear of Craig Woods (Toyota Hilux) at Turn 7 and unloaded him sideways into the wall.

Woods subsequently retired to pit lane with damage while Barbour copped a 15-second time penalty for his role in the incident.

On Lap 4 Ben Walsh (Toyota Hilux) sailed around the outside of Barbour at Turn 2 and the pair ran side-by-side down Shortland Esplanade before Walsh completed the move at the bottom of the hill for fourth.

Alexander was not challenged at the front of the field from Lap 1, while Crick’s early move on Harris saw them net second and third respectively.

Walsh held on to fourth at the flag, while Barbour’s penalty in fact made no difference to his classification of fifth.