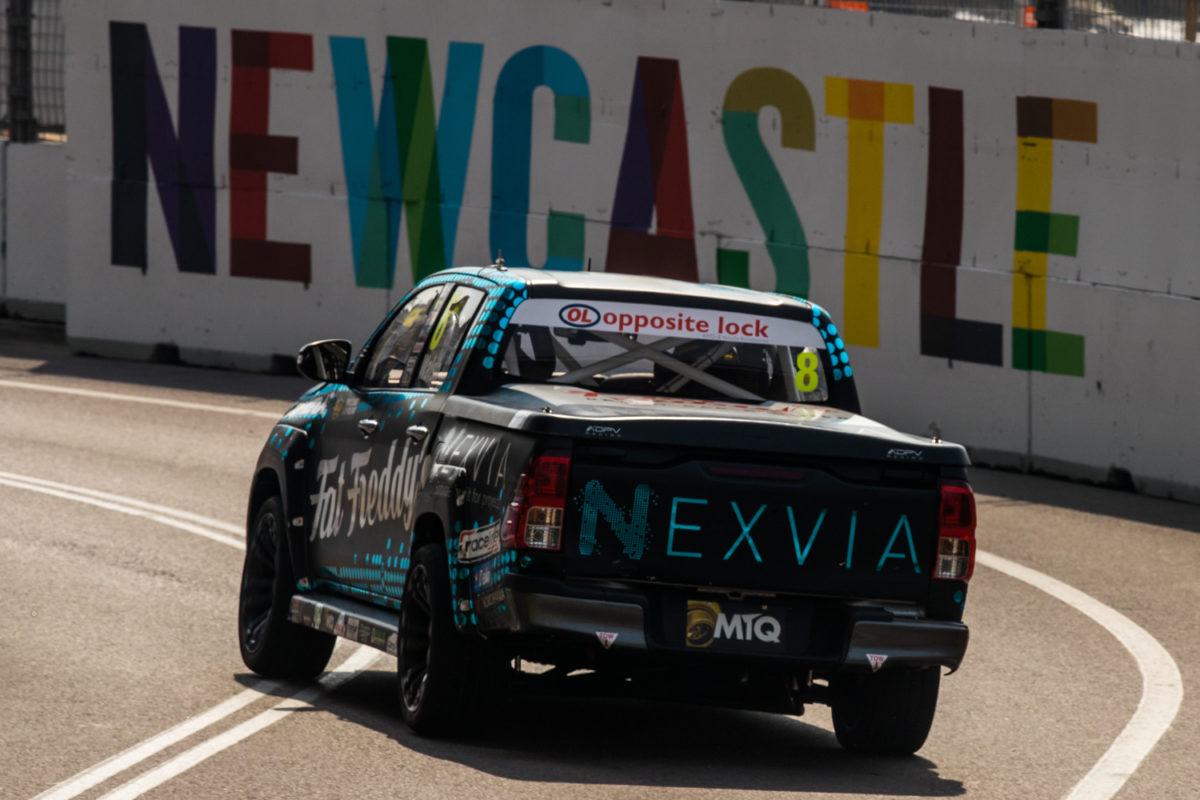 Ben Walsh has set the fastest time in the opening ECB SuperUtes Series practice session at the Coates Hire Newcastle 500.

Walsh clocked a best of 1:29.8466s to end the session fastest, though was only marginally faster than Cameron Crick and Craig Woods.

The second and third fastest runners were within a tenth of a second of Walsh’s session best, Crick 0.0668s back and Woods just 0.01s slower again.

Crick had proved the fastest out of the gates, logging a 1:32.6640s to lead Ryal Harris, Elliot Barbour, and Ben Falk after their opening timed laps.

Times quickly tumbled, with Harris setting a 1:31.0257s next time through, only for Crick to improve by seven tenths.

It left Harris second with Walsh rising to third, 0.8946s down off Crick’s marker.

Harris briefly moved back to the top as the session approached mid distance before Crick set the first lap below the 90-second marker, with a 1:29.9778s.

It moved him a tenth clear of Harris at the top of the timesheets before Walsh improved to sit a little over half a tenth off Crick’s pace.