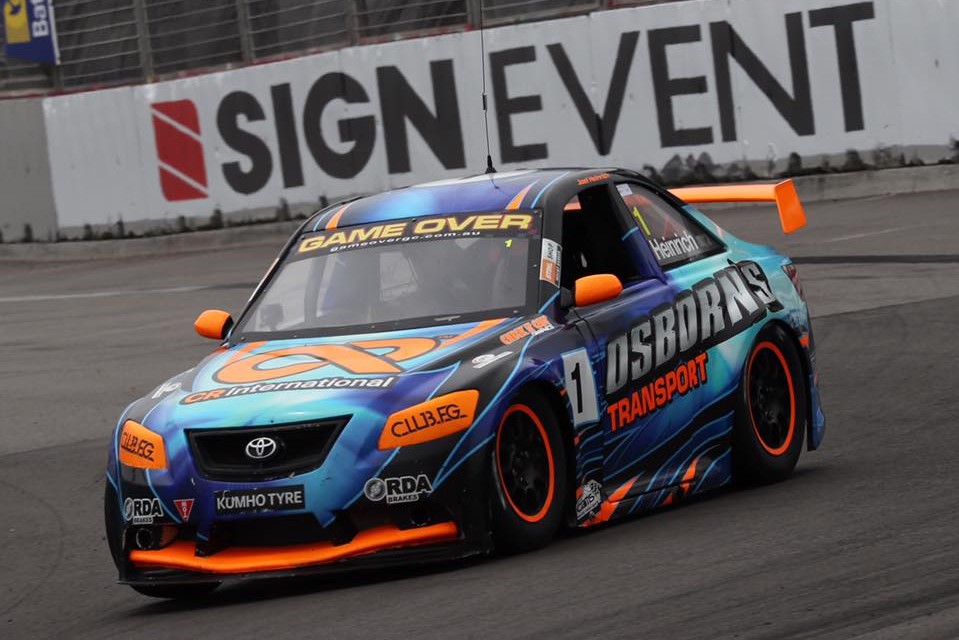 Joel Heinrich has taken the Aussie Racing Cars pole in Newcastle while series contenders Justin Ruggier and Kel Treseder are set to start Race 1 from second and fourth respectively.

Heinrich and Ruggier each set their best times early in the 20-minute qualifying session, with the former laying down a 1:21.2663s on his first flyer and the latter a 1:21.3811s on his second.

Treseder was third initially before being pipped by Josh Anderson and achieving only a slim gain thereafter.

Hometown driver Cody McKay brought a slightly early end to proceedings when he clouted the outside wall entering Zaara Street.

The series debutant, who exited his car under his own power, is set to start 17th should his team be able to effect repairs overnight.

A late lap from series leader Aaron Borg moved him to the top of the Toyota 86 Racing Series standings following the opening day’s running in Newcastle.

The Toyota 86 Racing Series is back on track for qualifying on Saturday at 0950 local time/AEDT, followed by Race 1 at 1415.