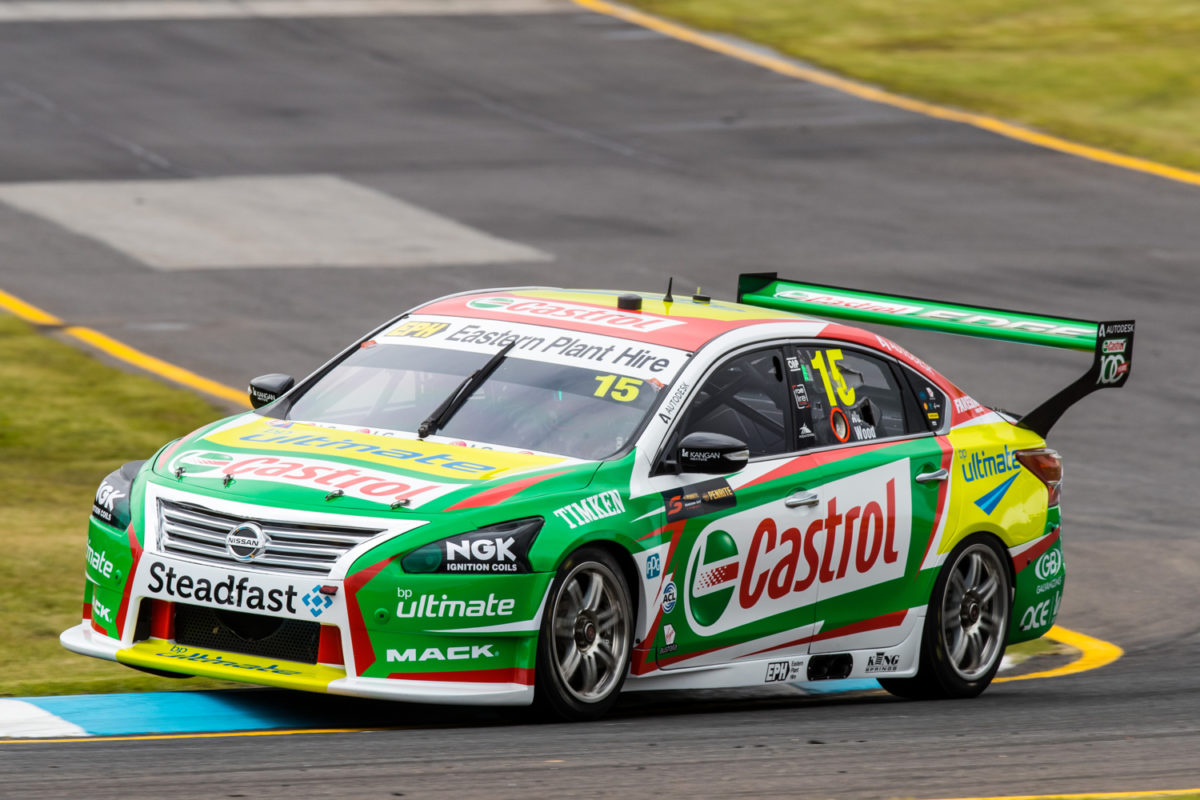 Converting Kelly Racing’s Nissan Altimas to Super2 specification for racing next year is a ‘straightforward’ process according to team co-owner Todd Kelly.

Kelly Racing will enter two cars in the Dunlop Super2 Series in conjunction with a move from a four-car Altima set-up to a pair of Ford Mustangs in the Virgin Australia Supercars Championship.

While Altimas have raced in both Super2, with MW Motorsport (MWM), and the Supercars Championship since 2017, the second tier runs at an earlier specification, meaning modifications have to be made to Kelly’s current hardware.

Those changes, primarily, are reversing out the switch to composite body panels last year and the aerodynamic changes which have continued through 2019.

“There’s a handful of things we need to change,” Kelly told Speedcafe.com.

“When we had to do the whole lightening thing, we made up composite roofs and cut a little bit of the steelwork out, but it’s a day’s work to convert one of these cars back, and a different bootlid.

“We’ve already converted one car back, it’s ready to go, and when we get through the last round at Newcastle, we’ll work out which other car we convert and it’s pretty straightforward; swap the roof and a bit of steelwork over, and it’s good to go.”

As was the case when Triple Eight Race Engineering dropped an entry from the Championship at the end of 2018, the addition of a Super2 effort means that Kelly Racing will retain most of its staff, and Kelly is confident the program can be successful.

“We’ll still run four cars, with two Super2 cars, which means we can keep most of the people we’ve got,” he explained.

“The actual structure won’t be hugely different from what it is now, so that’s a really big bonus for us.

“We’ve got all the equipment there, all the cars, all the spares to do a really nice job of it, and the personnel.

“The people that we’ve currently got that aren’t on the Supercar program will be running the Super2 program – we’ve got some really, really good staff to do that – so that’ll be run well.”

This year’s Super2 Series has already been won by Bryce Fullwood in an ex-Kelly Racing Altima now run by MWM.

Practice 1 for the final round of 2019 starts today at 1035 local time/AEDT, just ahead of the opening session for the Virgin Australia Supercars Championship field.