McLaughlin pips Reynolds by a hundredth in Practice 1

McLaughlin pips Reynolds by a hundredth in Practice 1 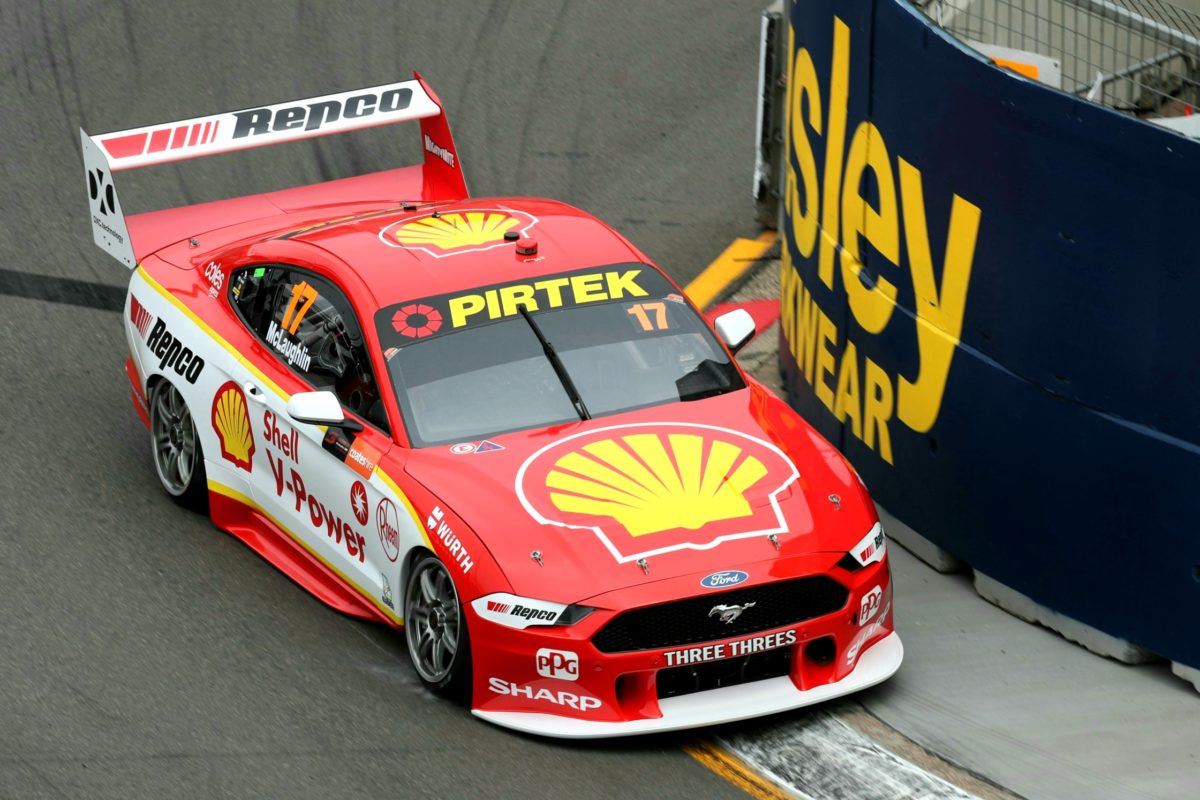 Scott McLaughlin has pipped David Reynolds to top spot in Practice 1 for the Coates Hire Newcastle 500 by 0.0122s.

McLaughlin rolled out a best of 1:10.6092s in the final flurry of times in a half-hour session run under hazy skies and in strong winds.

That effort from the Shell V-Power Racing Team driver usurped the 1:10.61214s which Penrite Racing’s Reynolds had set a few moments earlier, while Jamie Whincup ended up third with a 1:10.7119s after the chequered flag.

Shane van Gisbergen (#97 ZB Commodore) set the early pace and at one point was more than half a second up on the field with the 1:11.2315s which he recorded on his second lap, before an innocuous excursion in the Turn 1 run-off area.

Whincup (#88 ZB Commodore) was initially second in the other Red Bull Holden Racing Team entry and was the first to get back within three tenths of van Gisbergen when he clocked a 1:11.2689s during his second run.

McLaughlin (#17 Mustang), who appeared to have started the session with an installation run, slotted into second position just before the halfway mark with a lap 0.0143s slower than van Gisbergen had managed to that point.

Van Gisbergen moved the marker to a 1:11.0856s just after, as Nick Percat hit the tyre wall when he could not make the left-hander onto Zaara Street, which put the #8 Timken ZB Commodore out for the rest of the session.

“Just came off the kerb just before the first 90(-degree) left, then as it landed it just picked up the right of the car and ended up on the wrong side of the camber of the road and I just locked the inside front and couldn’t get it unlocked because it’s quite obviously dirty this morning,” explained Percat.

“Just annoying, I haven’t crashed one for a while so it’s frustrating.”

Practice nevertheless ran uninterrupted as Reynolds (#9 ZB Commodore), then Lee Holdsworth (#5 The Bottle-O Mustang) and Whincup, each got closer to van Gisbergen.

Chaz Mostert (#55 Supercheap Auto Mustang) moved to only 0.0008s behind Car #97 in the last two minutes, as the final flyers began.

McLaughlin had been shuffled to seventh by the time he set what would be the fastest lap of the session, and Whincup was eighth before he put in his best time.

On the Commodore competitors, McLaughlin said, “They’re strong at street circuits, most of them down pit lane. Their added features, I think, are going to help them under brakes and a few other things too. It will be interesting, the weekend.

“I’m feeling good, like the car felt good. The wind and stuff makes it bloody hard to drive. I was blowing a fair bit. It’s all good.”

Van Gisbergen was ultimately the first driver outside the 1:10s, with the top 10 rounded out by De Pasquale, Mostert, Holdsworth, and Rick Kelly (#15 Castrol Altima).

Fabian Coulthard (#12 Shell V-Power Mustang) was 12th and an ill Scott Pye (#2 Mobil 1 ZB Commodore) did complete the session with a time which put him 13th.

The second and final practice session starts this afternoon at 1525 local time/AEDT.