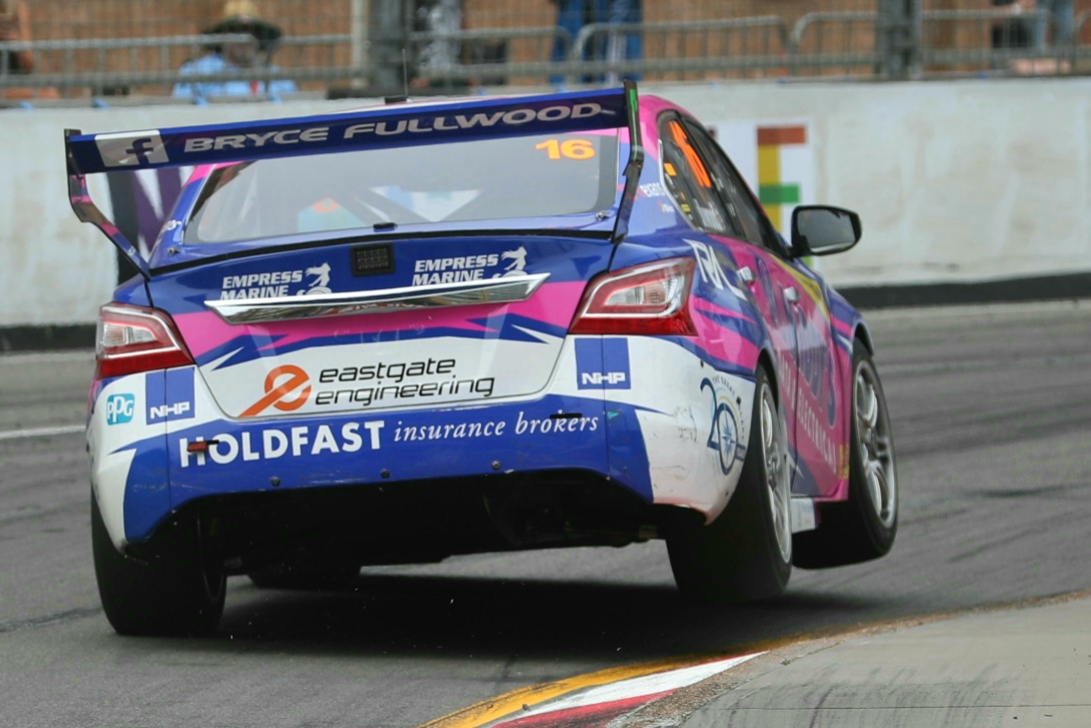 MW Motorsport’s Bryce Fullwood ended up with the fastest two laps of the final practice session of the year for the Dunlop Super2 Series in Newcastle.

Kurt Kostecki set the early pace with a 1:12.4245s before he locked the rears of the #55 Triple Eight VF Commodore and slid into the tyre wall at Turn 1.

Next best was Brown until his team-mate, Jack Perkins, wheeled the #54 VF Commodore to a 1:12.4207s on his second run, at which time the Gold Coast 600 race winner still had his first tyre set on the car.

Fullwood, took over top spot with a 1:12.3181s just past the quarter-hour mark in the #16 MW Motorsport Altima, while Kostecki was back on track and would soon slot into second with a 1:12.3854s.

They both put the cue in the rack with a handful of sessions remaining, but Fullwood was still pushing.

He jumped eight positions with a 1:11.6075s with a bit over a minute remaining and laid down a 1:11.7121s with the chequered flag out having set the fastest first sector on the latter lap.

Thomas Randle (#5 Tickford FGX Falcon) was fourth having set his fastest lap, a 1:11.8885s, between those of Boys and Brown.

Jack Smith’s ragged day in the #21 Brad Jones Racing VF Commodore continued in Practice 2 after he had locked up and nosed into the tyre barriers at the end of Zaara Street in the opening session.

The to-be Virgin Australia Supercars Championship full-timer did similar in front of the pilot station (Turn 12) early in the second session and would later run long at both the start of Parnell Place (Turn 9) and the Turn 11 hairpin.

Smith was classified 11th for Practice 2 and the day overall, with Adam Marjoram last and the only driver to fail to improve on his Practice 1 best after more electrical gremlins in the #15 Image Racing VF Commodore.

Armor All Qualifying for Race 1 of the weekend starts tomorrow at 1020 local time/AEDT.