Alexander on top of SuperUtes Practice 2

Alexander on top of SuperUtes Practice 2 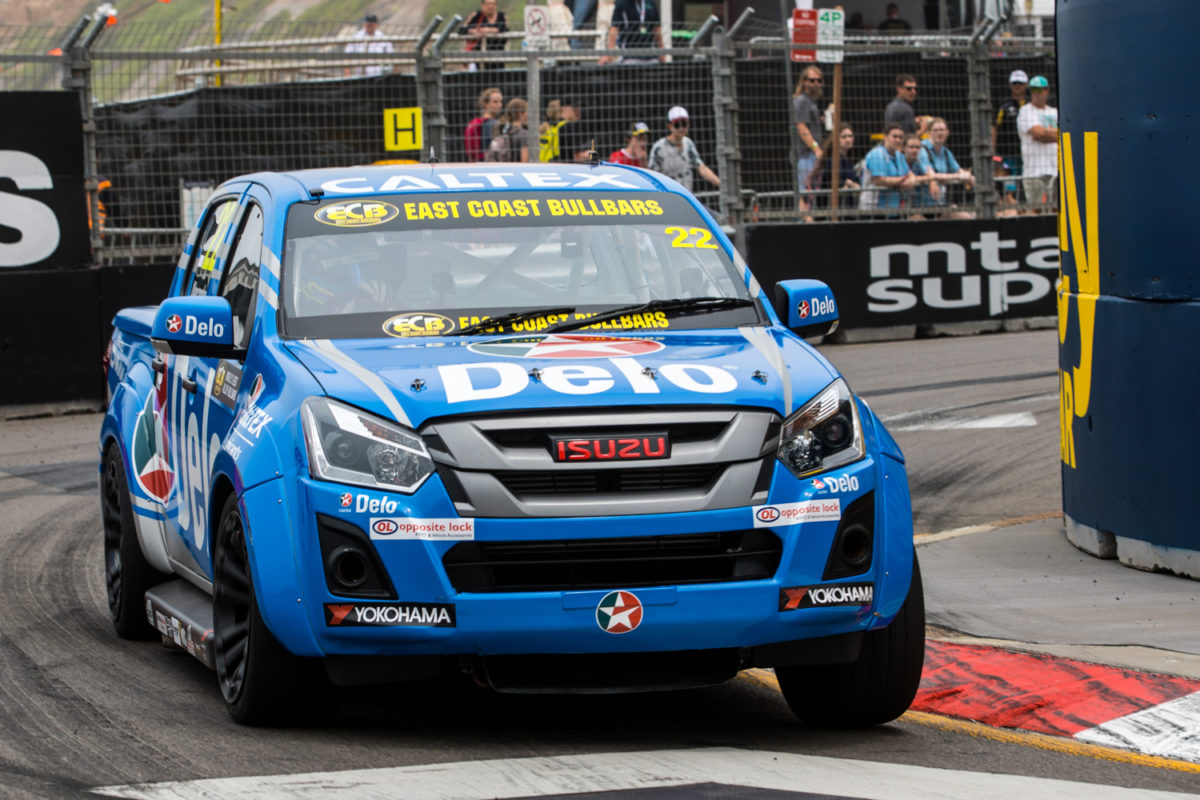 Alexander (Isuzu D-MAX) set a 1:29.0814s lap to top the session by just under a third of a second from Harris, who climbed out of his Mazda BT-50 midway through the 20 minute affair.

Like the opening session, Cameron Crick (Mitsubishi Triton) got proceedings underway with a 1:30.0349s, the benchmark then being progressively chipped away before Alexander’s lap to close out the session.

Walsh (Toyota Hilux) had a spin at Turn 1, one of a host of cars to find their way into the escape road around the Newcastle street circuit.

Alexander was among them, running long at the end of Watt Street, while Ben Falk (Mazda BT-50) found himself pointing in the wrong direction at the Hairpin.

A second off for Alexander followed later in the session, taking to the escape road on approach to Zaara Street.

Walsh too had another off, this time at Turn 1, just moments after brushing the wall at the penultimate corner.

With Harris taking to the lane and climbing out of his car, Alexander then lowered the best time to 1:29.0814s to push Harris to second, and Walsh third.

Crick was fourth best as the session ended, having improved late on but not able to better his position.

SuperUtes are next on track for qualifying at 1450 AEDT.