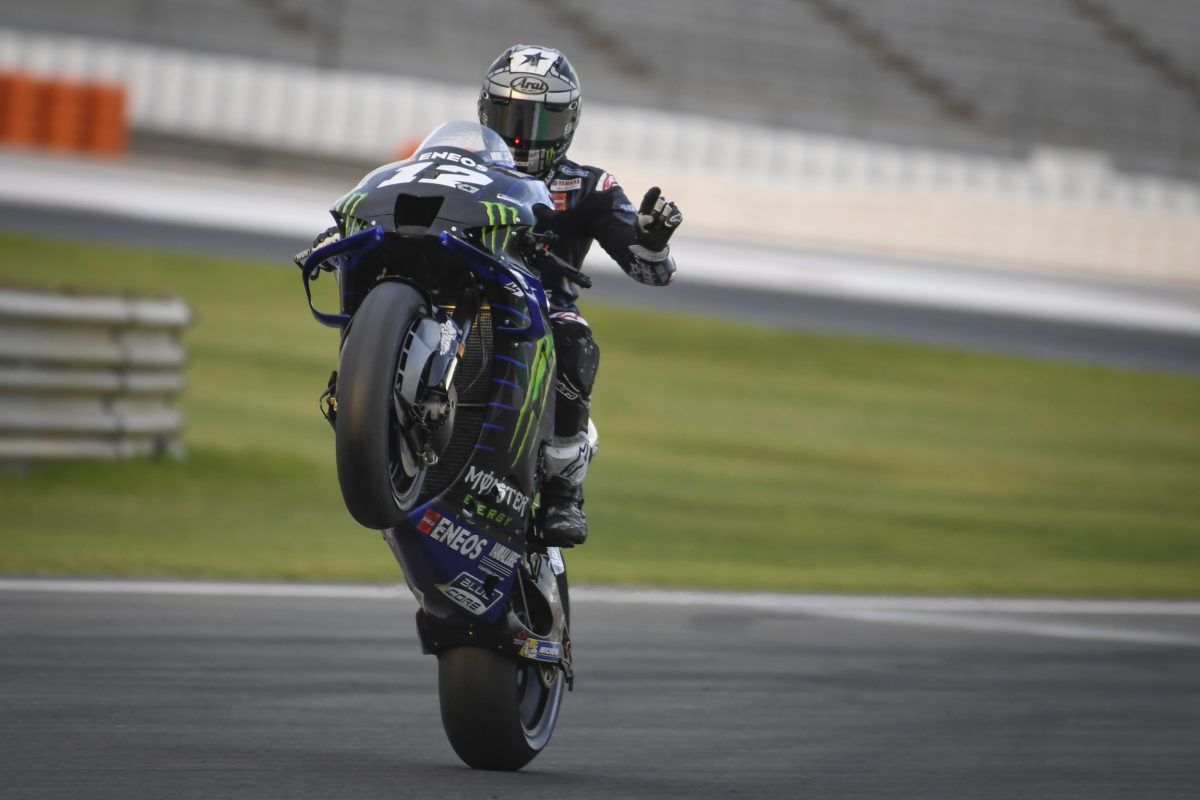 Fabio Quartararo, the Day 1 pace-setter, spent multiple hours atop the timing screen thanks to a 1:30.591s and then a 1:30.013s on his Petronas SRT Yamaha.

Viñales (Monster Energy Yamaha), using the Iwata factory’s new chassis and engine, then clocked a 1:29.849s with a bit over an hour left.

The time beat that with which Quartararo qualified on pole four days earlier, while Quartararo’s team-mate Franco Morbidelli took up third position for the day and the test overall with a fastest lap barely a tenth slower than #20’s.

Castrol LCR’s Cal Crutchlow was fourth with a 1:30.316s despite a crash, having tried both Honda’s current-specification bike and a prototype.

The world champion recorded his fastest lap on a prototype RC213V and also tested a new aerodynamic package.

Pramac Racing’s Jack Miller, who finished the day in 10th, was back-to-backing the GP19 and Ducati’s 2020 prototype given factory rider Danilo Petrucci was missing from action due to shoulder pain.

Ducati Team’s Andrea Dovizioso, however, was eighth for the test overall with the 1:30.665s he set on Day 1.

Another two-day test will be held at Jerez from Monday.