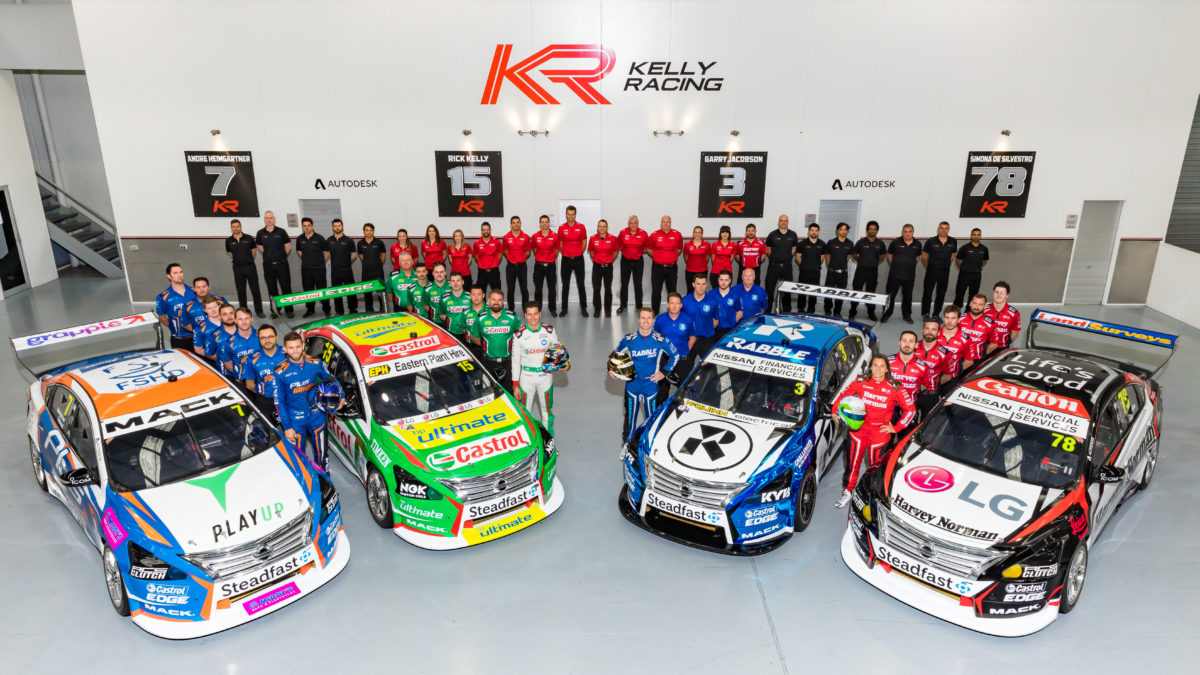 The former Nissan factory team will continue to field two Altimas next year in the Dunlop Super2 Series but its Championship program will comprise two new Ford Mustangs.

Kelly Racing brought Nissan back into the top level of Australian motorsport with the advent of the Car of the Future ruleset in 2013, and its responsibilities as the homologation team included developing the Nissan Patrol four-wheel-drive’s engine for racing.

It has campaigned four Altimas, plus the Supergirls entry in the 2016 Supercheap Auto Bathurst 1000, for the past seven years, which has been the extent of the Japanese brand’s presence on the grid in that time aside from a handful of wildcard entries from MW Motorsport.

“It’s definitely a little bit emotional considering how much has gone into the build and development of the Altima over the years, it has been a massive part of our team’s growth and history.

“The work that was required to bring this car into Supercars meant that as a team we had to learn a lot and really upskill to the point where we now have 19 different departments from an engine shop, fabrication, machine shop, composites et cetera capable of great things which will really put us in a good position for our next phase.”

While that next phase sees Kelly Racing move to a proven quantity with respect to the Mustang model, it still faces a major development task including another in-house engine program with the Ford V8.

“We’re ending one chapter and beginning another really exciting one for the whole team as we build up our two new Ford Performance Mustangs,” said Todd Kelly.

“We’re already making great progress both in terms of building the chassis that will become our first Mustang, but also testing and developing our Ford V8 engine.”

Fellow co-owner Rick Kelly will continue to drive the team’s Castrol-backed entry while Andre Heimgartner has been re-signed to a multi-year deal.

Of the team’s other current full-time drivers, Garry Jacobson has been tipped to move to Matt Stone Racing while Simona De Silvestro has been in talks about various Pirtek Enduro Cup co-driver opportunities in conjunction with her new deal with Porsche which includes Formula E testing duties.

“I personally would also like to thank Garry and Simona for the hard work and professionalism that they have brought to the team over the last few years as main drivers,” added Todd Kelly.

“They’ll be missed by the whole team but they both have bright futures ahead of them and I wish them all the best.”

Heimgartner, who achieved his first solo driver podiums with Kelly Racing this year, is the team’s lead driver in 15th in the championship ahead of Practice 1 for the Coates Hire Newcastle 500 from tomorrow at 1130 local time/AEDT.

According to Kelly Racing’s release, “The team’s two-car Mustang operation will be seen publicly for the first time” at Supercars’ official pre-season test day at The Bend Motorsport Park next February.