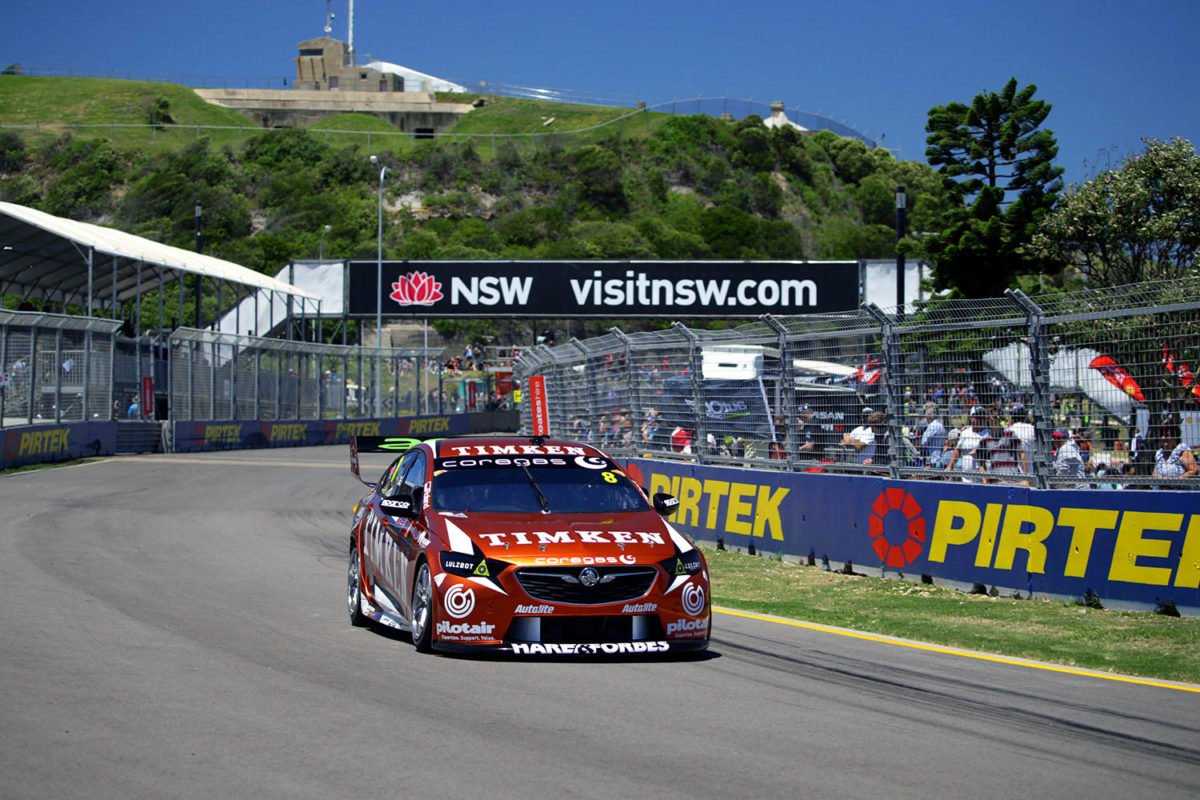 Nick Percat has suggested that there will be racing for ‘sheep stations’ in this weekend’s Coates Hire Newcastle 500 given that the drivers’ championship has already been decided.

While Scott McLaughlin and either of Jamie Whincup or Shane van Gisbergen were locked in title fights for the first two Newcastle 500 events, the former unofficially sealed the 2019 title last time out at Sandown.

With drivers freed from worrying about that championship, Percat believes that there will be some willing racing on the Newcastle East Street Circuit.

“It’ll be game on; it’ll be interesting,” said the Brad Jones Racing driver.

“I can’t remember the last time we raced the final round without the championship going down to the wire.

“Obviously everyone prefers it to go down to the wire, you know, the last few years people winning the championship on the last lap and the points being so close, especially between Jamie and Scotty, and then SVG and Scotty.

“It’s a little bit disappointing but obviously Scotty and the guys have done a mega job to have it wrapped up so early, so I think there’ll be a bit of sheep stations going on which will be hopefully good viewing from where I am.

“You want to be at the front and winning it, but if they’re going to get a bit carried away, I’ll happily be sitting third or fourth and just take the win from that way.”

Percat nevertheless still has his eye on the points table, revealing that his goal at the start of the season was to take seventh spot in the championship.

That position is currently held by Tickford Racing’s Cameron Waters, with 89 points separating him from Percat in 10th after the BJR driver dropped two spots over the course of the Pirtek Enduro Cup.

“We were on-track, where we wanted to be, coming into the enduros, and didn’t really fire like we expected to in the enduros, so we lost a bit of ground,” explained Percat.

“Our goal was to be seventh at the end of this season and I think we’re 89 points off Cam in seventh, so we can still get back to that but to lose the two spots after Sandown, to be 10th was disappointing, but we’ll see how we go.

“If we can have a solid weekend back being inside that top six, hopefully that gives me enough points just to jump a few.

“Some of the guys say, ‘If you’re not in the top three or four, who really cares?’ but for us and for me, it was a goal of mine to be inside that top seven, eight of the championship and then build on that for next year, so hopefully we can tick that box but we’ll see how we go.”

While the drivers’ championship was all but a foregone conclusion months ago, the Red Bull Holden Racing Team is in with a shout of snatching the teams’ championship from Shell V-Power Racing Team, which leads that contest by 116 points.