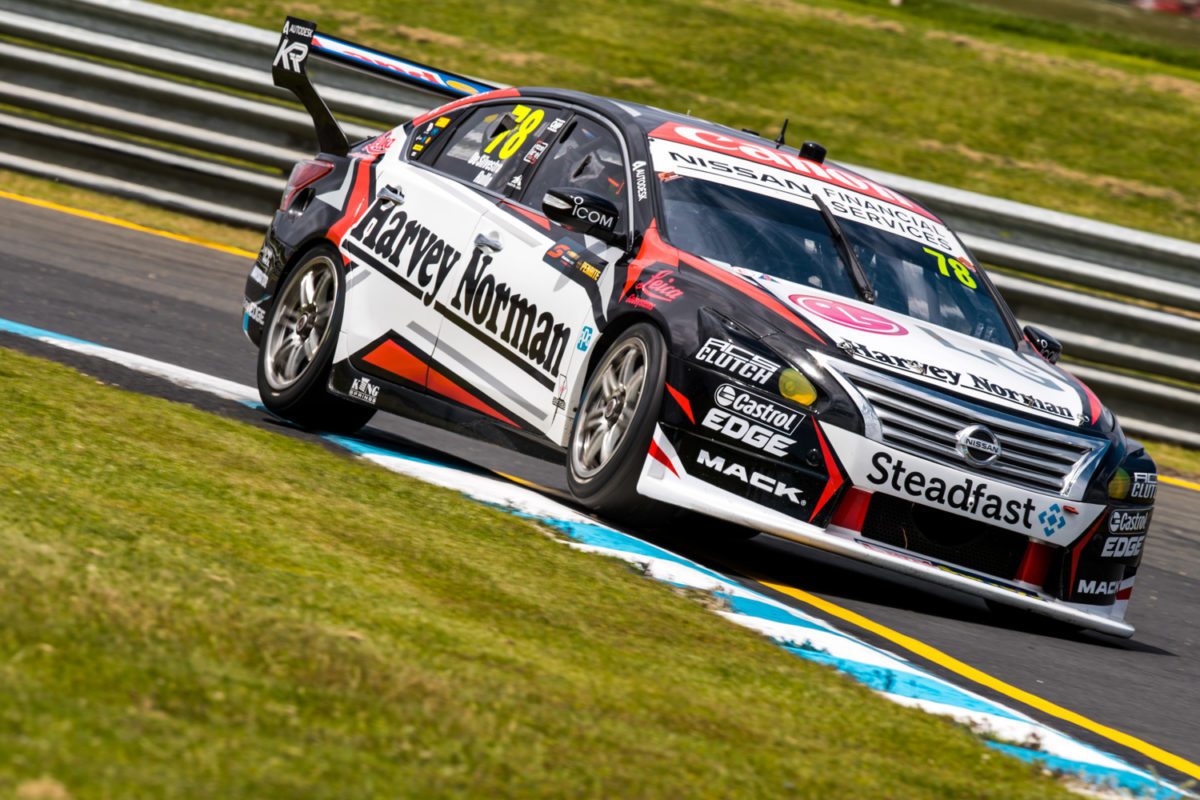 Simona De Silvestro has already been fielding enquiries from teams regarding next year’s Pirtek Enduro Cup following confirmation she will leave Supercars as a full-time driver.

The Kelly Racing driver will return to Europe next year having landed a role with Porsche, which includes a test and development driver position within the German marque’s Formula E program.

As a result, this weekend’s Coates Hire Newcastle 500 marks De Silvestro’s last Supercars round as a full-time driver, ending a three-year stint in the category.

While the Swiss driver is leaving Supercars, the 31-year-old has already indicated that she wishes to return for the enduros should her schedule permit.

Since the confirmation of her departure, the former IndyCar driver says her phone has been ringing with offers from Supercars teams for next year’s Pirtek Enduro Cup.

“There has been a few phone calls which is good in that sense,” De Silvestro told Speedcafe.com.

“At the moment there is really nothing there because I need to see what my schedule is going to be with Porsche.

“Once the year starts, we will have bit of a better idea of where we are at.

“For sure I really want to come back. Bathurst is a track that is good for me and I would love to go there and have a shot at a really good result. I think we will try to make that happen.

“I’m starting a new job which is a pretty big job so at the moment the focus is fully on that and then once I’m integrated and know what the end of the year will be like, those things will come into play.

“It would be awesome to come back.”

Meanwhile, focusing on this weekend’s Supercars finale, De Silvestro admits the final race will be emotional.

Newcastle has proven to be one of De Silvestro’s best tracks in the series and the venue that last year delivered her first of three career top 10 finishes in the series.

“It is definitely going to be emotional but I’m also really excited to get to Newcastle because it is a good place and always has a good atmosphere, and I’m looking forward to it,” she added.

“It will be a little emotional as at the moment this will be my last race in Supercars.

“I have lived through a lot of really cool things in this series. I just want to really enjoy it and hopefully we have a good one, that would be awesome if we could.

“For sure it is a place that kind of suits me. In that sense hopefully my car will be really good because we have struggled a little bit on the street courses recently.

“We have a bit of work on our hands but I enjoy the place. I think it is going to be a fun weekend.”

While admitting the results have not been what she had hoped for over the three years, De Silvestro remains fond of the category and will leave with a heavy heart.

“I think to be honest the three years were awesome. Being able to race Supercars is quite special as many drivers want to be able to do that as a career and I have been able to do that, which is awesome,” said De Silvestro.

“For sure, results-wise it has not been where it should have been, but that is how racing goes sometimes.

“You have to be in the right position at the right time and maybe that wasn’t the case for the last three years especially this year with the circumstances the team was in with Nissan pulling out made it a little more tricky.

“All in all, the thing I will take away from it is how welcome I felt and how everyone embraced me into the series. It has been really fun in that sense and I have been really lucky to have been able to do it.

“I will miss a lot of people. I think everyone in the paddock talks to each other and I don’t think I have ever really experienced that before.

“There is also a good camaraderie among the drivers and that is pretty rare in racing.”