GRM emotional but not creating fanfare over Supercars exit

GRM emotional but not creating fanfare over Supercars exit 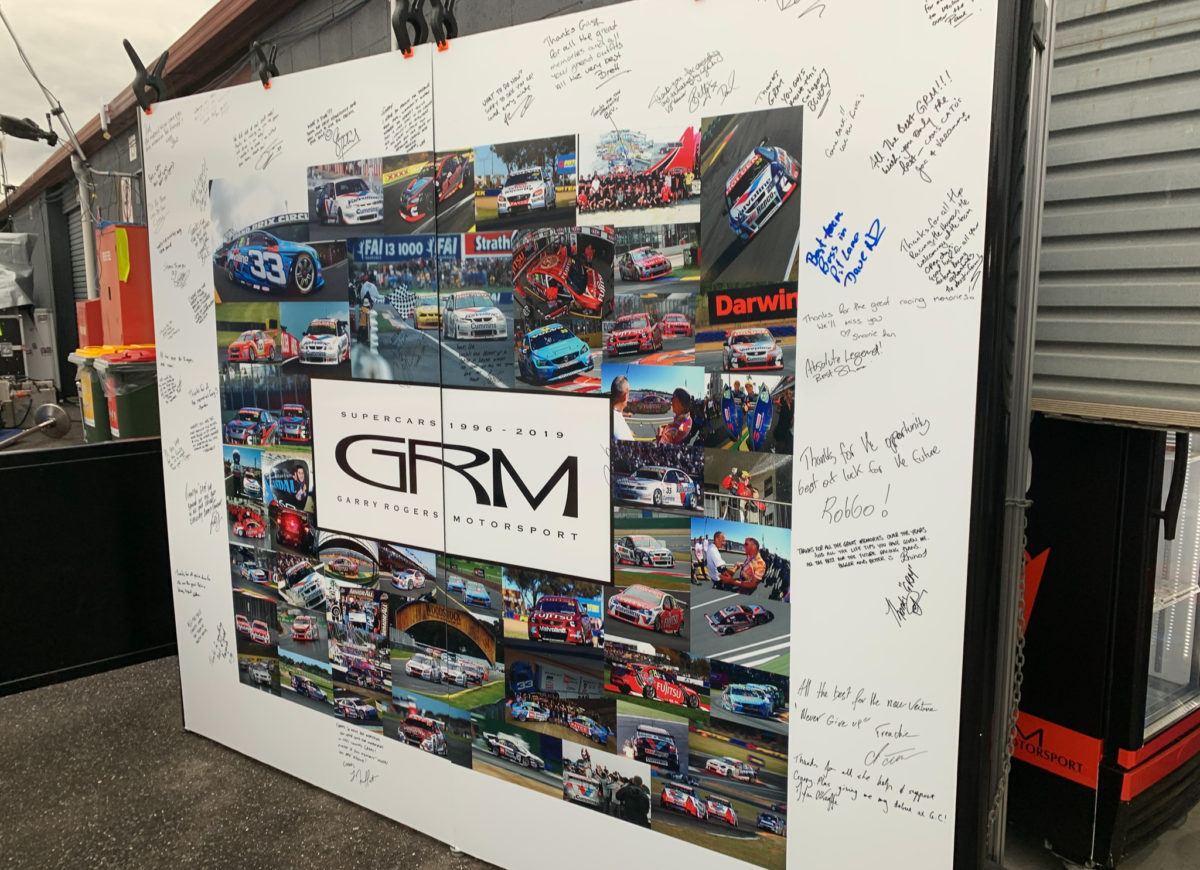 Garry Rogers Motorsport has admitted this weekend’s Coates Hire Newcastle 500 will be emotional but is not creating too much fanfare about its Supercars exit after 24 years in the category.

The Melbourne squad will withdraw from the championship at the end of the year having elected to discard its two Racing Entitlements Contracts after losing title sponsorship from Boost Mobile.

The move has also seen the outfit end its Super2 program.

Instead GRM will focus on projects in TCR Australia and S5000 next year having fielded three entries in the former, while taking up a technical partner role with the new S5000 open wheel category that has seen them take over production and sales.

The squad has become one of the likeable stalwarts in the Supercars paddock providing plenty of memories for fans and drivers alike, with the squad having given the likes of Scott McLaughlin, Garth Tander, Lee Holdsworth and Michael Caruso their break in the series.

Teams and drivers have been paying tribute to GRM since the news of their exit broke but this weekend’s final round will draw a line under it.

While admitting the weekend will come with emotion attached, team director Barry Rogers says that his father and team owner Garry wouldn’t want much fanfare.

The team has confirmed to Speedcafe.com that there are no plans for any special farewell liveries on the two cars.

“Garry, he’s not one for too much hullabaloo as much as he likes to dress up and do his little things along in the way. But I think he’d like to just sneak out of Newcastle quietly,” Rogers told Speedcafe.com.

“I’m sure there’ll be a few bits and pieces going on for him, but really his love of the sport are the boys and girls that worked for him.

“I think he’d be happy after the last race at Newcastle to sit in the garage there with a slab of beer and all sit around and have a beer for an hour or two before we pull the pitwalls down.

Rogers has again hinted that this may not be the end of GRM in Supercars with the squad refusing to shut the door on a return in the future.

The squad has previously said that a more sustainable model for teams could entice them back.

“So it was a fantastic time in our motorsport journey and who knows, I mean in a year or two, we might be back doing it again,” Rogers added.

“We really don’t know, but we’re certainly… we’re more excited than not for what the future holds.”

The Newcastle 500 begins on Friday with opening practice set for 1130 local time/AEDT.