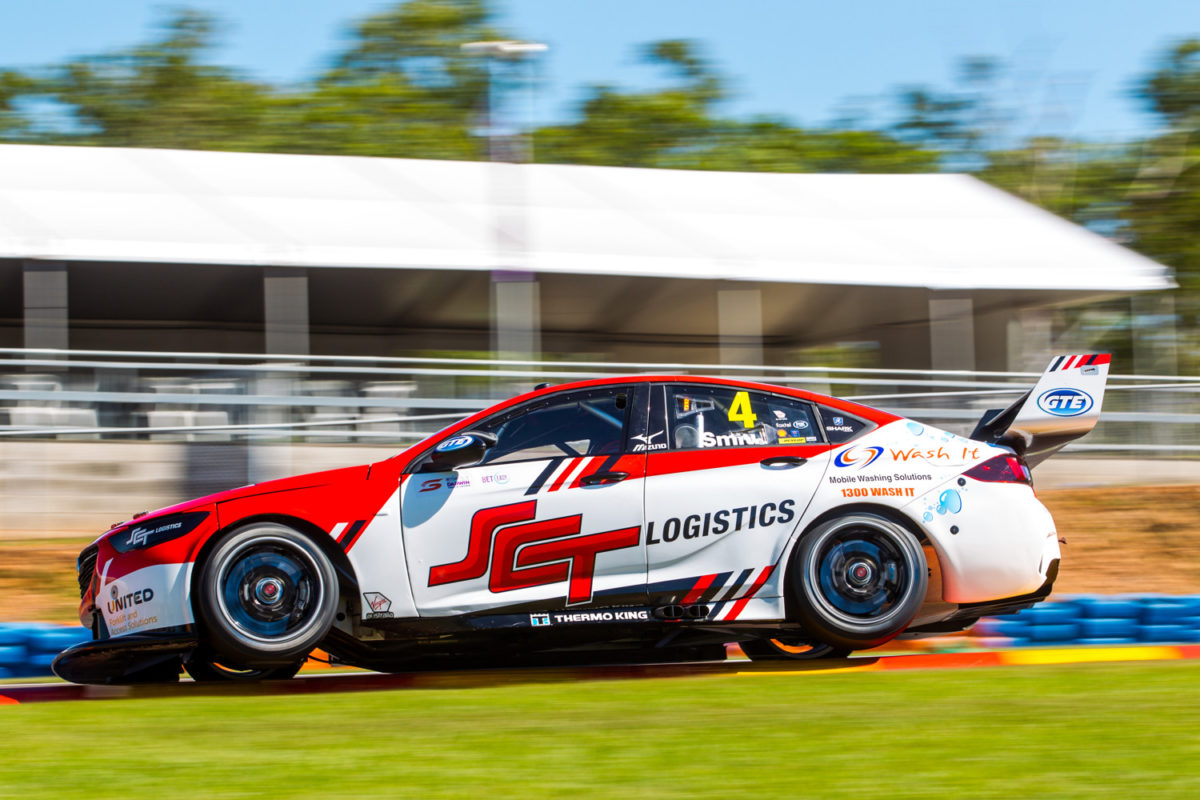 Brad Jones Racing has launched a personnel recruitment drive to ensure it is ready for an expansion to four Supercars Championship entries next season.

The Albury squad officially confirmed its expansion from three to four cars next year with the signing of Super2 driver Jack Smith which is underpinned by a Racing Entitlements Contract previously owned by Jason Bright.

Smith is set to join the already contracted Nick Percat and Macauley Jones, the latter of whom will pilot the Tim Blanchard owned entry, with team owner Brad Jones ‘pretty close’ to securing the identity of the driver for the remaining seat.

Speedcafe.com understands Todd Hazelwood is the favourite to land the seat, although the squad’s current out of contract driver Tim Slade confirmed talks were still ongoing with the team at Sandown earlier this month.

“I think we’re pretty close. And I’m not 100 percent sure exactly when we’ll announce, but it’s in due course,” Jones told Speedcafe.com, when asked about the team’s 2020 driver line-up.

Securing a driver is not the only piece of the puzzle with the squad also looking to increase its staff to cater for the extra ZB Commodore entry.

The team also plans to commit resources to build a new car for Percat over the off season.

“We’ll need more staff. We’re going to build a new car over the summer, so we’ve got a fair bit going on at the moment,” added Jones.

“We’ve sort of started to look around now. We’re looking around for some people at the moment and we want to hit the ground running once the season finishes and we start planning for next year.”

BJR has already experienced running four cars in the Supercars Championship this season having fielded wildcards for Smith at four events this year.

Reflecting on the expansion for 2020, Jones believes the move from three to four entries won’t be as big an upheaval as expanding to three cars.

“I felt like went through a reasonable amount of growing pains and when we went to three, it took a little bit to find our feet.

“But I think the exciting thing about going to four cars is we don’t take any more trucks to the races.

“We’re already set up, we’ll use our own crews for the pit stop, so I’m pretty excited on lots of fronts about where we’re at and what we’re doing.

“I think the jump from two to three (cars) is a much bigger step than to jump from three to four.

“It will give us more resource in the shop, hopefully, and I’m looking forward to it.”

BJR is not the only team on a recruitment drive as several squads plan to expand for next season.

Team 18 and Matt Stone Racing are both increasing to two cars next year, while the new Sydney team is also working to run two entries in 2020.

CLICK HERE for the latest motorsport job listings via Jobstop.com.