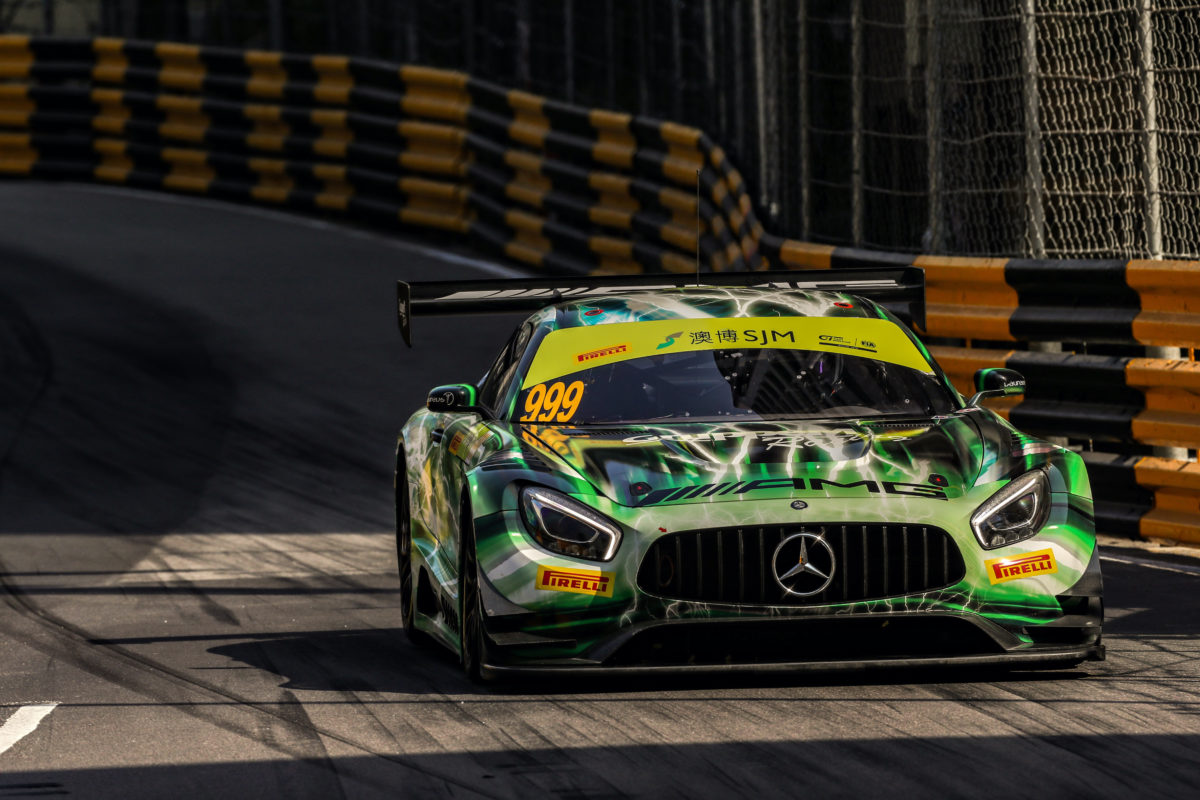 Raffaele Marciello has won the 2019 FIA GT World Cup with a dominant performance across the Macau Grand Prix weekend.

The Mercedes-AMG driver qualified on pole, led for the duration in the Qualifying Race, and repeated that performance in the 18-lap Main Race.

The latter dropped as low as fourth upon the restart after Kevin Estre (Porsche) hit the fence, but dived back past Augusto Farfus when Vanthoor made a small error at Lisboa and caused the BMW to check up behind.

Bamber gave Marciello a tap at the hairpin on the final lap before letting Vanthoor back through after his team-mate had earlier handed over the spot to give the Kiwi a chance at passing the GruppeM Mercedes. 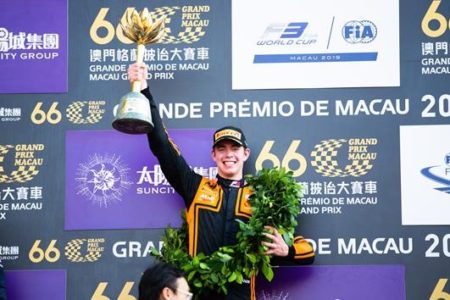 Richard Verschoor was triumphant in the FIA F3 World Cup at Macau from fourth on the grid, while the New Zealanders both charged into the top 10.

Verschoor (MP Motorsport) benefited from a clash between Robert Shwartzman (Prema) and Christian Lundgaard (ART Grand Prix) to take up second on Lap 1.

He then got under early leader Juri Vips at Lisboa upon restart after an early Safety Car, and staved off the Hitech driver thereafter.

Vips took second and Logan Sargeant (Carlin) rounded out the podium, with Lawson (MP Motorsport) seventh having been unable to find a way past Callum Ilott (Sauber Junior Team) but come all the way from 20th on the grid.

Armstrong (Prema) was involved in a crash in the qualifying race before driving to eighth after starting 17th in the feature. 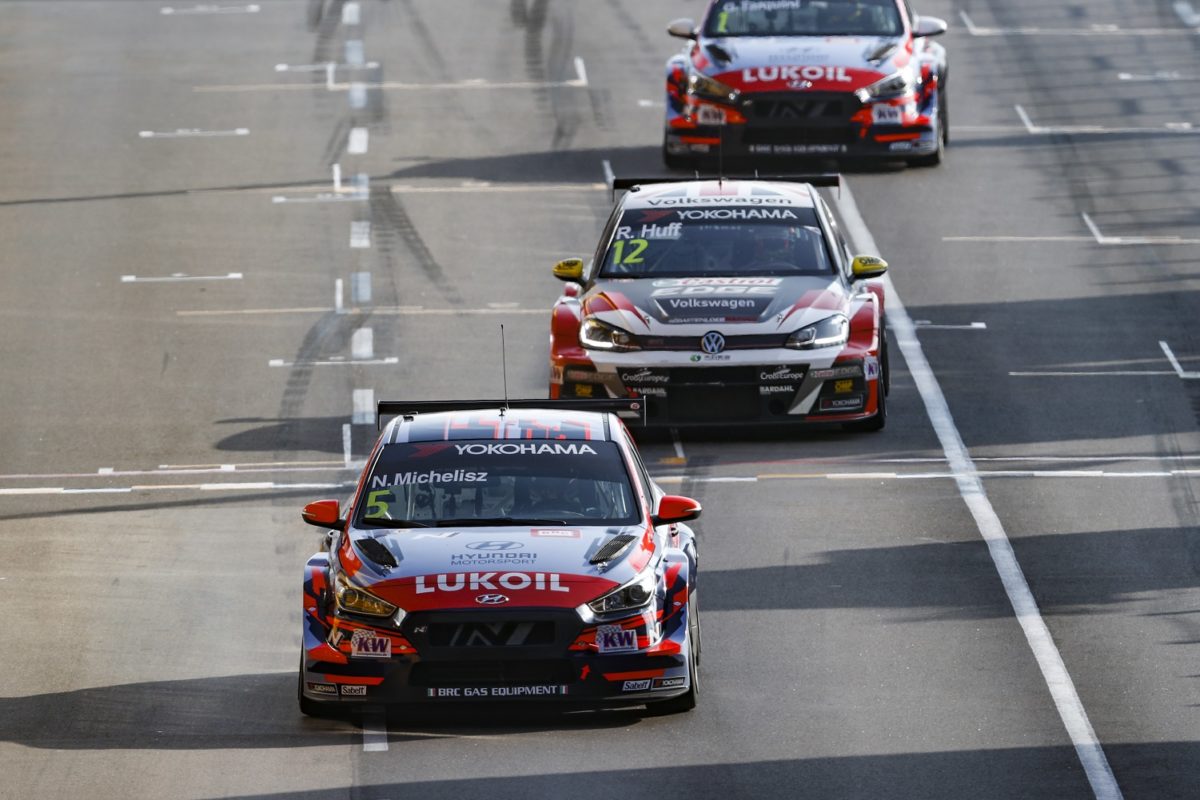 Yvan Muller (Lynk & Co) won Race 1 in lights-to-flag fashion with Michelisz (Hyundai) second and Guerrieri (Honda) retiring given he was little chance of scoring points from rear of grid.

Muller grabbed another victory in Race 2, having quickly jumped from fifth on the grid to third spot before being let through by team-mates Thed Bjork and Yann Erhlacher.

Guerrieri held off Nicky Catsburg (Hyundai) to claim fourth, so the latter dropped back to help Michelisz move up and finish 10th.

In Race 3, Andy Priaulx (Lynk & Co) held on after getting the jump from the front row, with Muller finishing sixth, Guerrieri 10th, and Michelisz 12th.

Michelisz heads the standings by nine points over Guerrieri, and another two over Muller, ahead of the finale at Sepang on December 13-15. Brad Binder has signed off from Moto2 with a third straight win, clinching second in the championship.

The Valencia race quickly became a battle at the front between the Red Bull KTM Ajo rider and Thomas Luthi (Dynavolt Intact Kalex), the latter of whom took the lead at the start of Lap 2.

Remy Gardner brought his ONEXOX TKKR SAG Team Kalex home in 15th, and finished the season in the same spot in the standings.

In Moto3, Sergio Garcia (Estrella Galicia 0,0 Honda) got a first win of his rookie season, by just 0.005s, having passed Andrea Migno (Mugen Race KTM) at the final corner.

Matteo Ferrari (Gresini) won the inaugural MotoE World Cup with finishes of fourth and fifth in the double-header, as Eric Granado (Avintia) achieved a sweep.

Australian Josh Hook (Pramac) was ninth in Race 1 but was taken out of Race 2 by Xavier Simeon (Avintia) on Lap 1.

The provisional 2020 calendar has the next Moto2 and Moto3 seasons beginning in Qatar in early March.