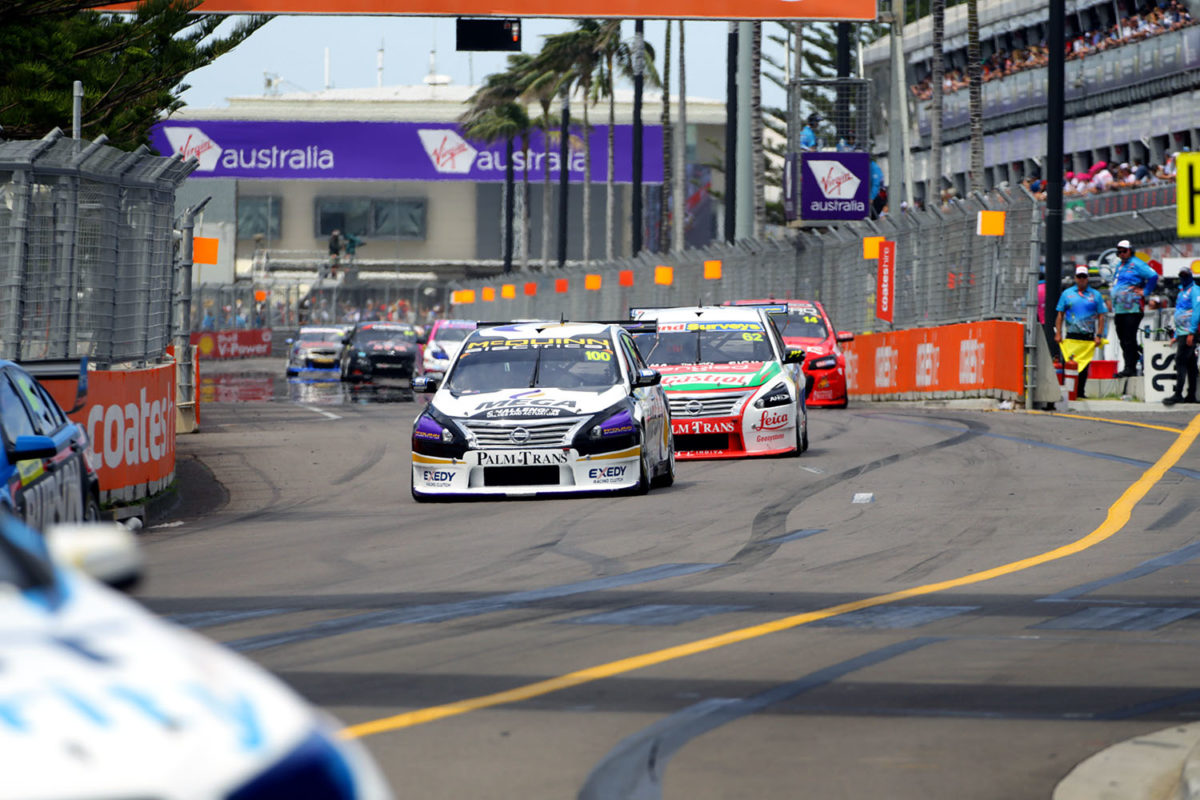 The Dunlop Super2 Series has dropped a round from its 2020 calendar but added total prizemoney of half a million dollars spread across two major titles.

Newcastle has been cut from what was a seven-round calendar released in conjunction with that of the Virgin Australia Supercars Championship in August, meaning the season will now finish at Sandown in November.

However, having previously awarded what is believed to be small quantities of prizemoney to the podium finishers for each round overall, Supercars will now hand $400,000 to the 2020 series winner for the express purpose of securing a drive in the Championship in 2021.

The winner of the new Rookie Class will receive $100,000 “to further their career in the DS2 series.”

To be eligible for that class, drivers must be under the age of 25, in their first full season in Super2, and competing in a car which meets “current homologation specifications”.

While there is no word on initiatives to reduce costs per meeting, the loss of one round does make the season as a whole more affordable, and the prize purse addresses a common gripe regarding lack of incentives to contest Super2.

Supercars COO Shane Howard said, “This prize money will serve as a considerable enabler for drivers looking to build on their success in DS2 to graduate to a full-time career in Supercars.

“These young drivers will compete in DS2 races at some of our biggest events, giving them and their sponsors exposure to millions of fans.

“The commitment of a significant prize for winning Super2 will only serve to intensify and improve the competition for participants and fans alike.

“Over the past 19 years the Dunlop Super2 Series has helped to begin and develop the careers of some of the sport’s biggest names by providing them with critical training and development. This is a logical next step as all sports, not just Motorsport, look to the future.

“We thank Dunlop for their continued support of the Dunlop Super2 Series. It’s fantastic news they’ll be continuing as the naming rights partner of the category as part of their Supercars renewal.”

It is unclear where a plan to allow Project Blueprint-specification cars back into the series as a separate Super3 subclass stands.

The Super3 name has been recalled from organisers of what is now known again as the Kumho Tyre Australian V8 Touring Car Series, as announced late last week.

V8 Touring Cars is also not expected to appear at any Supercars-promoted events next year, which would enhance the value proposition of Super2.

Super2 has suffered from declining grids this year in particular, with only 15 cars fronting for the most recent round at Sandown.

With Matt Stone Racing again only running one car next weekend at Newcastle and Kostecki Brothers Racing sitting out the round having participated in all three Pirtek Enduro Cup events, that figure looks unlikely to change for the finale.

MW Motorsport’s Bryce Fullwood provisionally won the 2019 Super2 Series last round at Sandown, given he will take a 365-point lead to Newcastle with only 300 points on offer.