Miller: No talks with Ducati over factory team promotion

Miller: No talks with Ducati over factory team promotion 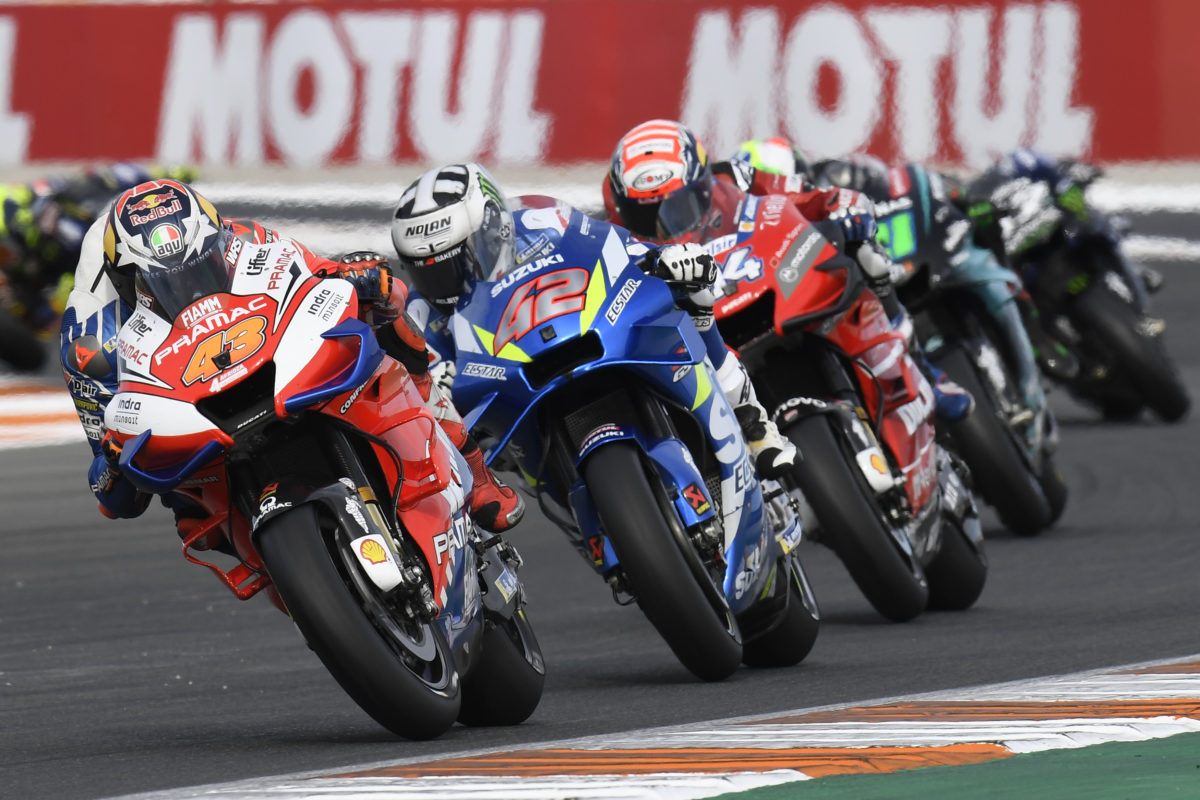 Jack Miller says that he has not heard from Ducati management about a move to its factory team next year despite such rumours.

Currently with Pramac Racing, Miller has been the subject of recent speculation that he could be swapped with former team-mate Danilo Petrucci for the 2020 MotoGP season.

New reports have even thrown Johann Zarco, who started 2019 with KTM and finished it on an LCR Honda, and Ducati’s other satellite team, Avintia, into the mix.

Miller and Petrucci are each signed up for next year at Pramac Racing and the Ducati Team respectively, with both having been considered for the latter’s 2020 line-up.

The Australian says that he has not heard from Ducati, which actually holds the Pramac contracts, about a change in that arrangement.

“At the moment I haven’t heard. It is just rumours. I have not heard from anybody,” said Miller.

“The only time I have heard about it is when I have read Facebook.

“The rest of it, I have not heard anything; not from my management, not from Ducati management.

“We will wait and see as I don’t want to see anyone out of a job and I definitely don’t want to step on anybody’s toes as I am happy as Larry here (at Pramac).

“But I also didn’t know I was about to lose my job after Brno so anything can happen. I seem to not know a lot, I guess.

Miller finished this year’s campaign strongly with two podiums in the last three races, out of a total of three in the eight since his contract renewal.

Petrucci, on the other hand, scored a maiden victory at Mugello while contracts were still in play but has finished no higher than fourth in the last 12 races.

Miller, however, stood up for the Italian, stating, “We have to remember back to Mugello and he rode a perfect race but through one way or another he has lost his feet for the moment.

“I think when it is a slow week in the press a lot of these rumours get made up so I don’t put any credit behind them.

“I even saw on the internet this morning (pre-race) there was a photo someone took of me talking to Davide Tardozzi (Ducati team manager) but all it was just Davide telling me not to destroy my rear tyre.

“It was on there (internet) talking about the 2020 contract and all that. I don’t put any faith behind them.

“I think we will see what it will be but Danilo is a race winner and has been in a rough patch but we all get them now and then. He will be back.”

According to Speedweek, one theory had Petrucci being shunted to Avintia so that Miller could go to the factory team and Zarco would slot in at Pramac.

Pramac Group CEO Paolo Campinoti was unmoved, telling the German publication after the race at the Circuit Ricardo Tormo, “Jack will also ride in my team in 2020. Do not worry.”