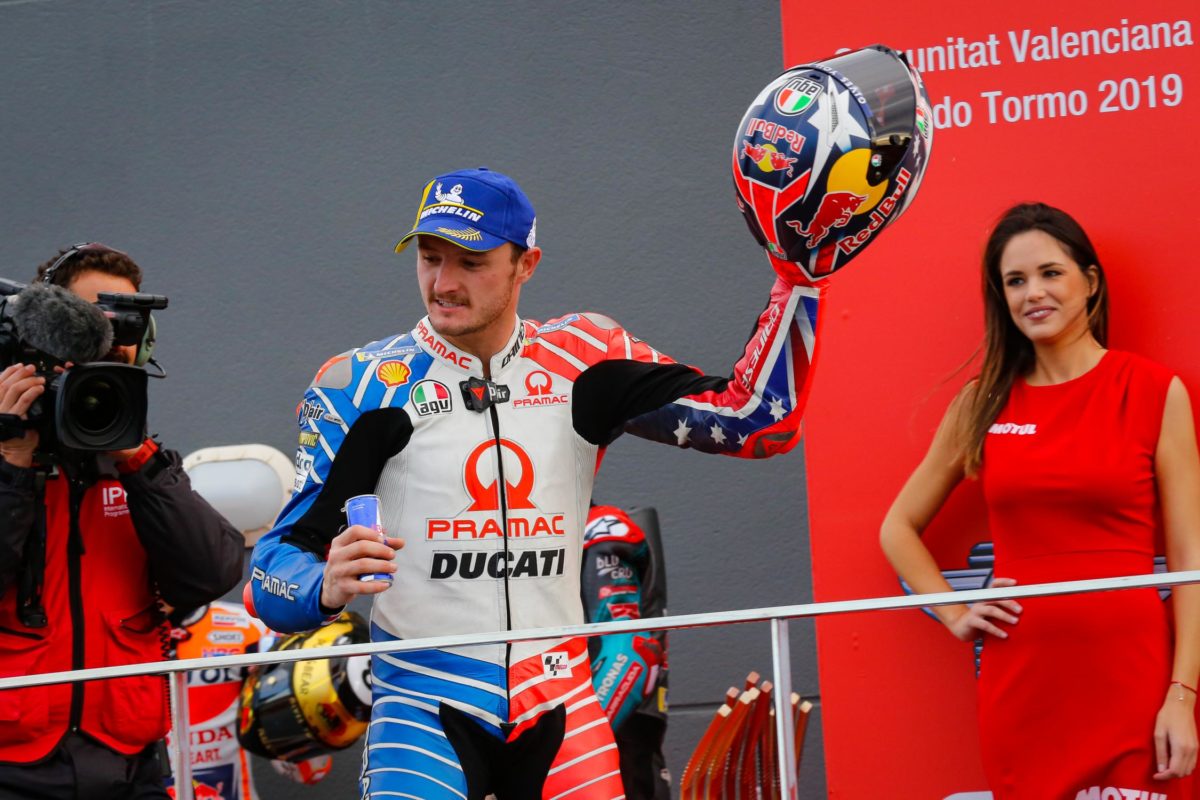 Jack Miller labelled his run to a podium in the Valencia season finale as his ‘best race to date’ in MotoGP.

Miller, a premier class race winner in 2016, led the field into Turn 1 courtesy of a lightning start on the Pramac Ducati.

While the Australian slipped behind Quartararo and Marquez in the early laps, he managed to maintain a strong pace throughout to follow the pair to the finish, holding off factory Ducati rider Andrea Dovizioso in the process.

Miller was throughly impressed with his display especially after he’d faded following a strong start in Malaysia earlier this month.

“I think I made up for last time out in Malaysia when I faded to the back,” said Miller.

“I think this is my best race to date. I was consistent and stayed there.

“I was chasing Fabio, I had a few mistakes in the centre part of the race, and then I started to come back towards him.

“I felt like I got a second wind there for a bit as I had more grip on the tyres.

“It was an amazing race by both those two (Marc Marquez and Fabio Quartararo), flawless, all of us hammering along.

“It was a long but fun race, they go quickly when you are constantly chasing someone. It was awesome.”

Miller’s run to third sees the Aussie end his fifth campaign in the premier class in eighth position having accrued 165 points.