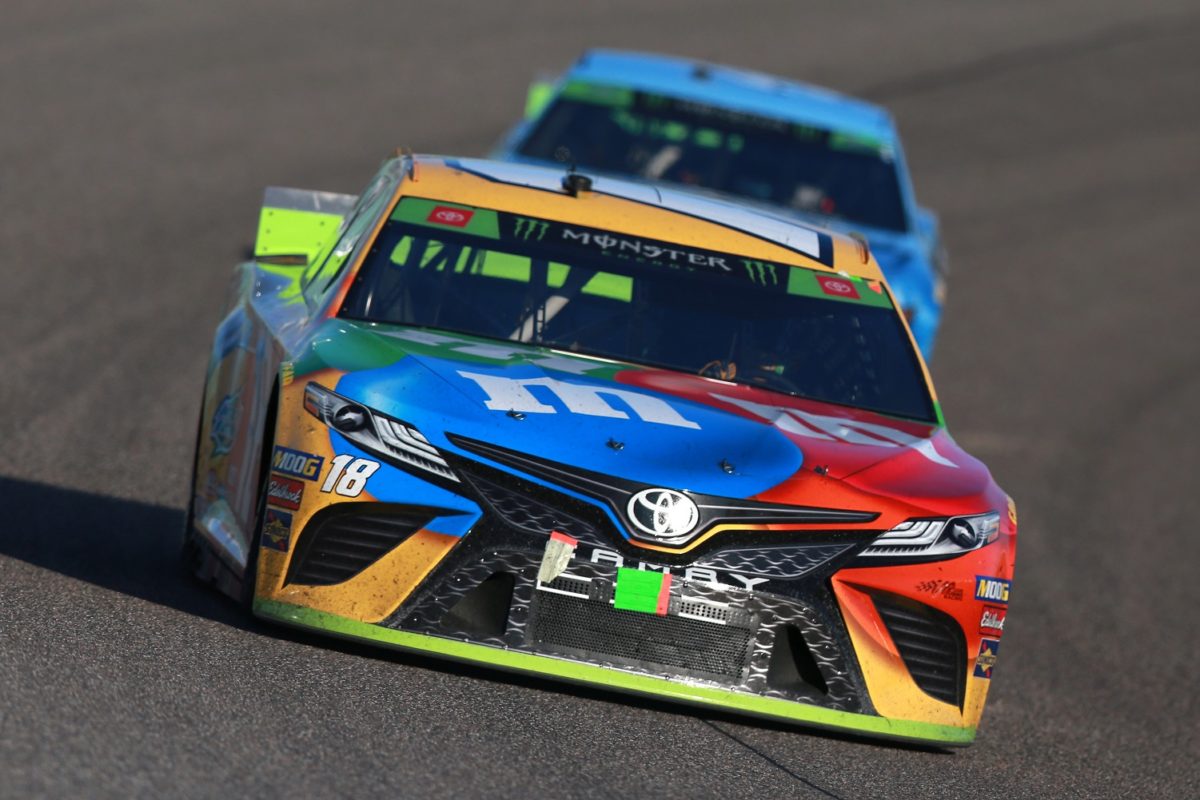 Kyle Busch has won the NASCAR Cup Series by capitalising on Martin Truex Jnr’s misfortune to take out the finale at Homestead-Miami Speedway.

Of the other title contenders, Stewart-Haas Racing’s Kevin Harvick finished fourth and Denny Hamlin was 10th in the #11 Joe Gibbs Racing entry.

Truex Jnr won the 80-lap first stage by six seconds and was leading at Lap 120 when he pitted, only for his crew to fit his front tyres the wrong way around on the #19 Toyota.

The mistake forced Truex Jnr back down pit road to fix the issue, costing him a lap and gifting Busch the lead of the race in the sister #18 entry.

A lifeline came when the Caution flag flew on Lap 138 for John Hunter Nemechek (#36 Front Row Motorsports), who spun, giving Truex Jnr the free pass and therefore the lap back.

He charged back from 13th to fifth by the end of Stage 2, at which time Busch was back at the head of the field.

Hamlin and then Busch, who was still leading, pitted just inside the final 60 laps, with Truex Jnr inheriting first position before he pitted on Lap 215, and Harvick waiting until Lap 223 to do likewise.

By waiting, they let Busch grow his advantage and he was still almost nine seconds up on Truex Jnr with 40 of 267 laps remaining.

The margin settled a bit under five seconds with as many laps to go, meaning a second Cup Series title for Busch.

Hamlin finished 10th having been forced to pit again with overheating issues after the team placed a piece of tape on his grille during his earlier stop.