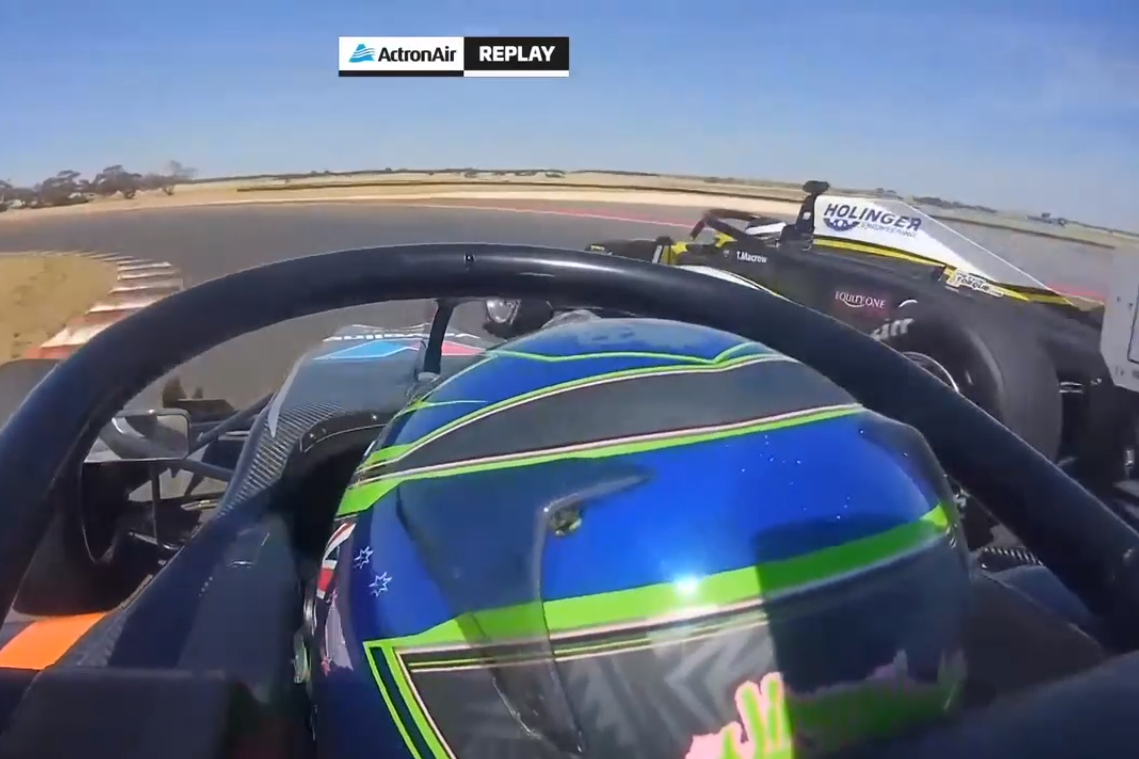 James Golding has offered an apology to Tim Macrow following a clash which saw the pair eliminated from Sunday’s S5000 Feature Race at The Bend Motorsport Park.

Battling for second in the opening stages of the race, Golding made contact with Macrow at The Hairpin on the second lap, eliminating both from the encounter.

With the only car ahead of them, Anton De Pasquale, picking up 15 seconds’ worth of post-race penalties for a jump start and contact with Thomas Randle on the opening lap, the Macrow/Golding squabble was effectively for the race lead.

Speaking after the race, Macrow labelled Golding a ‘dickhead’ for the move which saw the right front of the GRM Supercars driver’s car tag Macrow’s left rear.

“He did a dickhead move. There’s not much to say, is there?” a frustrated Macrow told Speedcafe.com.

“The start was really good so I was almost third into Turn 1, but they were having a bit of a go down into the hairpin and they just pushed each other wide.

Speaking to Speedcafe.com, Golding offered Macrow an apology, explaining that the rear of his car had begun to slide just prior to the contact.

“With that move on Timmy, just the rear slid out right at the last minute,” he explained.

“Once I corrected it, we were already too close, there was no room for any movement there.

“So that was unfortunate, sorry to end his race, but I wasn’t going to be sitting back just following the leader, that’s for sure.”

The race was eventually won by John Martin, who crossed the line second on the road but inherited victory after two time penalties demoted De Pasquale to fourth.