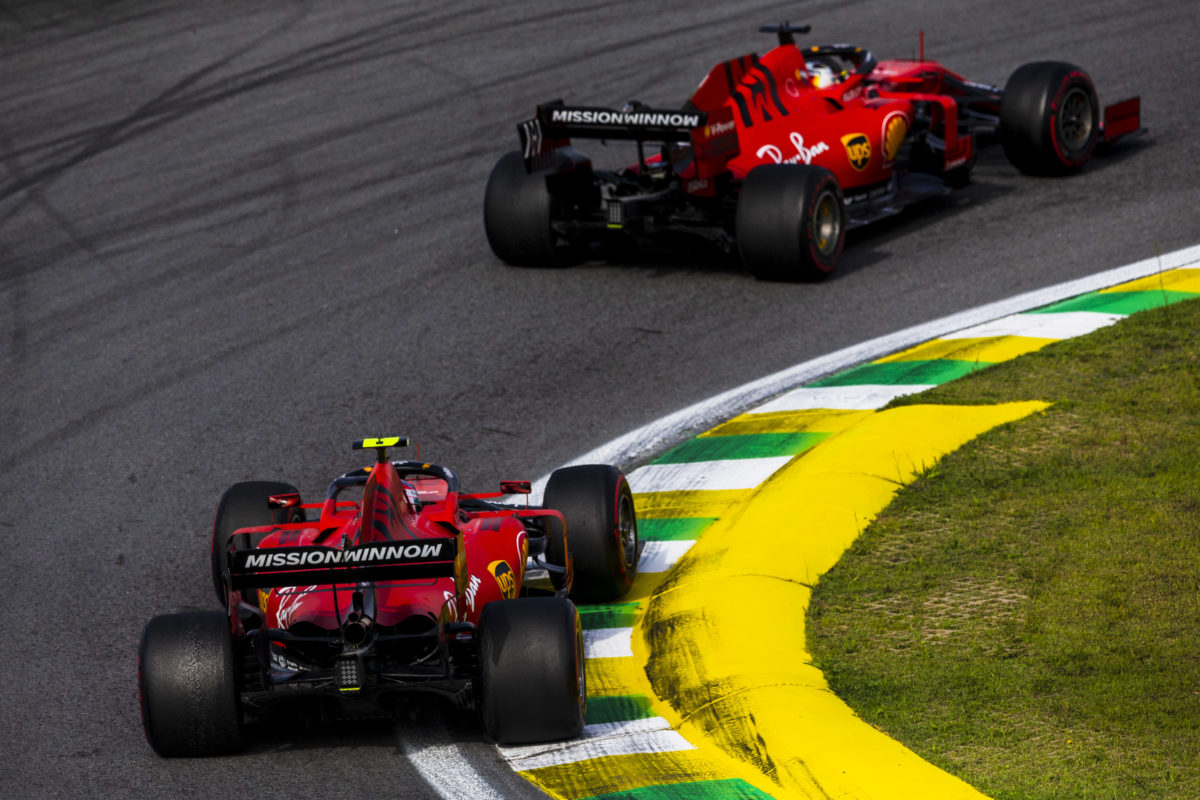 Ferrari team principal Mattia Binotto lamented a clash between Sebastian Vettel and Charles Leclerc late in the Brazilian Grand Prix, claiming the incident was ‘a silly thing that should not happen’.

The Scuderia team-mates were fighting over fourth position in the closing stages of the race when drama struck.

Leclerc passed Vettel into Turn 1 with the latter responding to the move by attempting a pass down the back straight and round the outside of Turn 4, prompting a collision that forced both drivers out of the race.

The incident was referred to the stewards who deemed no driver was predominantly to blame for the collision.

While allowing his drivers to race, a frustrated Binotto said the incident was a ‘silly action’.

“It’s not a matter of fining (them) or who we blame,” said Binotto.

“I think that today they were free to fight. They knew that.

“The reason for that is we secured second place in the constructors’ championship and they were battling for their own position in the drivers’ championship.

“(But) ‘free to fight’ doesn’t mean to do silly actions, especially between two team-mates, between the two Ferraris. For me, today was simply a silly action.”

The incident is expected to be reviewed when the team reconvenes at its Maranello headquarters.

“I have not reviewed it yet,” said Binotto.

“I don’t want to do it today. I think that when doing (so) seems in the heat you may have the wrong conclusions.

“Whatever will be the judgement, the most important thing is that we are disappointed and sorry for the team.

“First, the two drivers should be sorry for the team. Because it was a very small crash with big consequence. But that is a silly thing that should not happen.”

The double retirement leaves Leclerc fourth and Vettel fifth in the championship standings prior to the Abu Dhabi season finale from November 29-December 1.