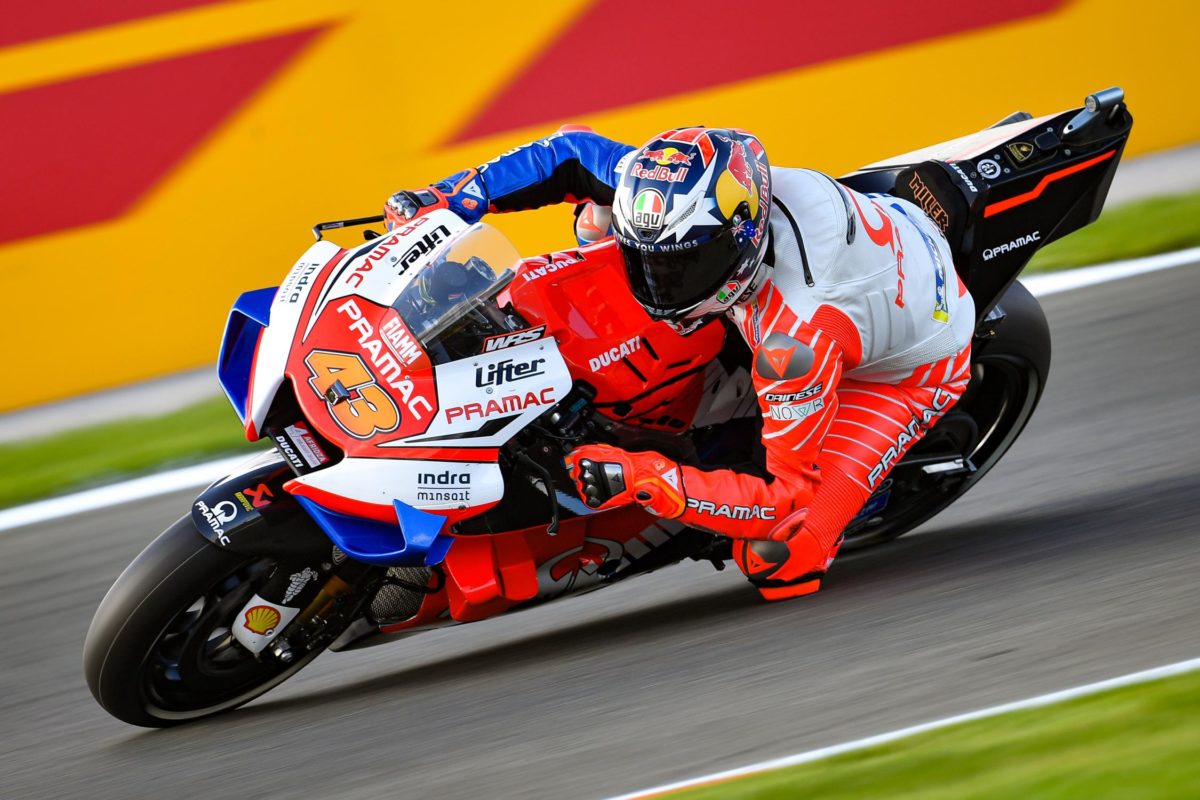 Jack Miller has revealed he almost collided with world champion Marc Marquez during an impressive qualifying session that netted a front row start for the Valencia MotoGP season finale.

The Pramac Ducati rider was one of the stars of qualifying ending up third on the grid for the final race of 2019 at the Spanish circuit.

Miller enjoyed two spells at the top of the timesheets before ending up third behind eventual polesitter Fabio Quartararo (Petronas Yamaha SRT) and Repsol Honda’s Marquez.

In the end, the Australian was 0.108s from pole as he secured his first front row start since the British Grand Prix in August.

While pleased with his effort, qualifying was not plain sailing with Miller admitting he was lucky not to hit Marquez during the session.

“It was pretty good,” said Miller of his qualifying effort.

“I sort of settled in there behind Marc but he rolled out there pretty early. I honestly nearly slid into him into Turn 8 where he sat on the outside of the track.

“I ran the soft front (tyre) simply because of a temperature thing. I would have liked to have seen what I could do with a medium front because just on the edge with a lot of speed it seemed to start collapsing a bit.”

Looking ahead to today’s race, the 24-year-old is eager to capitalise on the strong pace he has shown throughout the weekend.

The Queenslander is sitting eighth in the standings having scored four podiums this season.

“All in all it was a good day and it has been a good weekend so far,” he added.

“I have been strong in every session and I’m looking forward to a strong race tomorrow.”

The MotoGP Valencia season finale is scheduled to start at midnight AEDT.