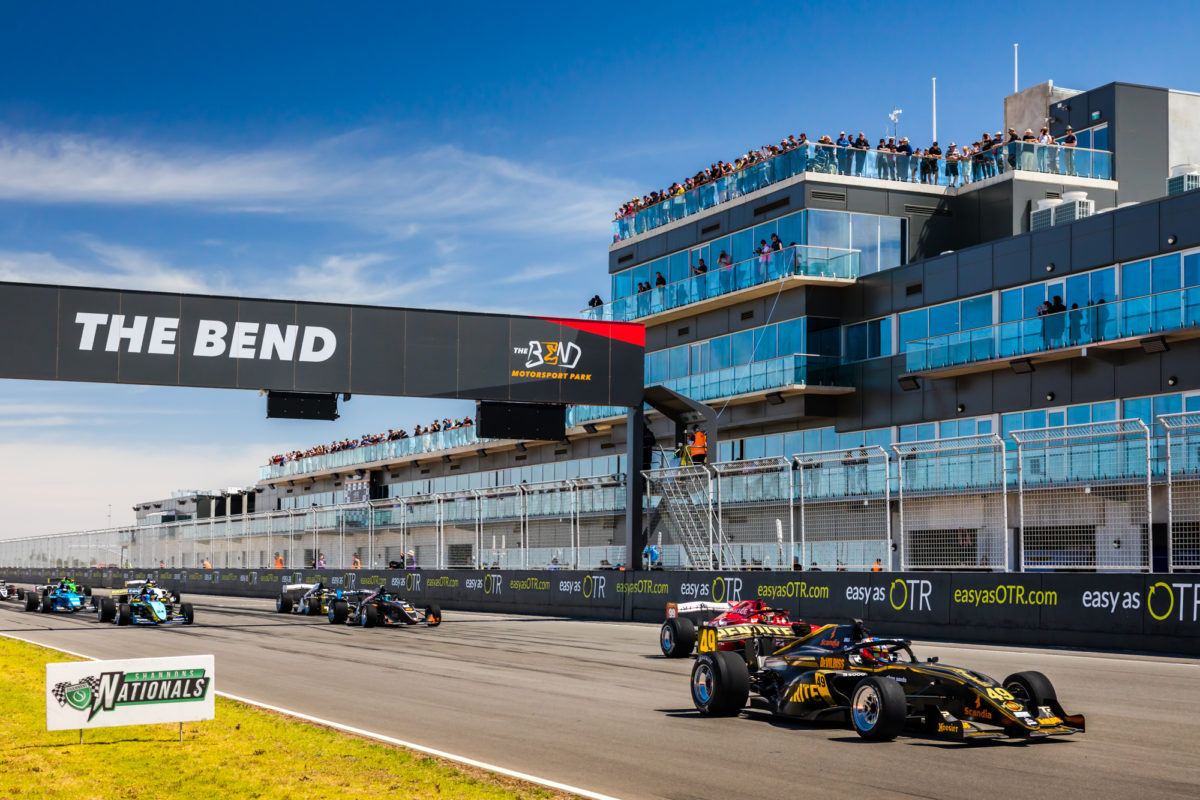 Contact between de Pasquale and Thomas Randle on the opening lap saw officials hand down a post-race time penalty, the effect of which promoted Martin to the win.

Under close scrutiny from the recovering Randle in the closing stages, Martin held his nerve to take the chequered flag and win the race.

Will Brown claimed third with de Pasquale classified fourth after his time penalty ahead of Ricky Capo in fifth.

A fast start from Randle saw the pole-sitter lead into the first corner with de Pasquale, who’d bobbled on the start, slotting in behind.

Contact at the Hairpin between the pair saw Randle run wide, opening the door for de Pasquale, Macrow, Golding, Martin, and Brown.

A lap later and Macrow’s race was over, Golding sliding into his right rear to take both out of the race at the Hairpin.

The incident left de Pasquale with a more than two second advantage ahead of Martin in second when Safety Car was called.

Racing resumed with 10 laps remaining, de Pasquale leading Martin, with Randle fourth locked on to the back of Brown in third.

The pair ran nose to tail until a mistake from Brown saw him run deep at the Hairpin, Randle seizing the invitation to take third on road, and an effective second owing to de Pasquale’s looming penalty.

A wild slide from Martin allowed Randle an opportunity to have a look at the penultimate corner, though he was able to fend off that advance and maintain his position.

The effective race leader, accounting for de Pasquale’s penalty, Martin then needed only to manage Randle behind and remain within touching distance of the leader to claim the race win.

While Randle appeared to have greater pace through the final third of the lap he was unable to unleash it, Martin doing enough to keep his challenger at bay.

Thus Martin claimed victory over Randle by seven tenths, with Brown 1.1 seconds further back and de Pasquale classified 8.3 seconds off the lead despite crossing the line first.

Post-race de Pasquale was handed a second penalty, with a further five seconds added to his race time for a jump start, though he remained in fourth place.