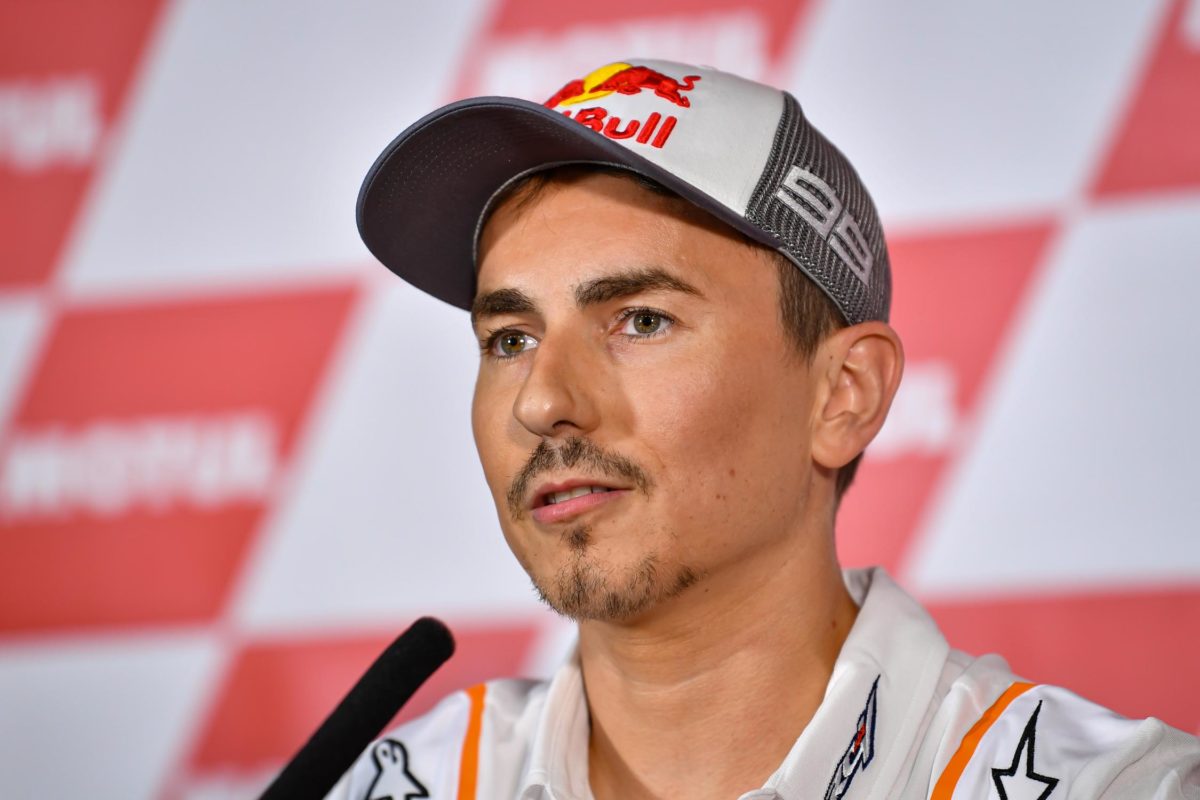 Retiring Jorge Lorenzo believes Honda has a difficult decision to find his successor with Alex Marquez, Johann Zarco and Cal Crutchlow among the candidates.

The three-time MotoGP premier class world champion is calling time on his career with this weekend’s season finale in Valencia his last grand prix.

Lorenzo’s shock announcement has sparked plenty of speculation regarding the Spaniard’s replacement at the factory Repsol Honda squad next season.

LCR Honda rider Zarco was also touted as an option, although the Frenchman is now being linked to the Avintia Ducati squad, while team-mate Crutchlow is in the mix, according to Lorenzo.

Whatever eventuates, Lorenzo feels Honda team manager Alberto Puig has a tough decision on his hands.

“I don’t know if they think about (Takaaki) Nakagami,” said Lorenzo.

“What I heard is it’s about three riders; Cal, Johann and Alex.

“Cal is the one with more experience, that knows very well the bike and we know how quick Cal can be. Then Johann is doing a great job in these races, he’s demonstrated speed.

“Then we have Alex, who is a two-time world champion, the youngest one. He is the brother of Marc so it could be interesting to have two brothers in the same team and also he’s Spanish, so for Repsol it can be interesting.

“Difficult to chose. Difficult task for Alberto (Puig) because the three riders are interesting and have similar level, I think, in speed. So let’s see.”

Lorenzo will start his final MotoGP race of his career from 16th on the grid.

The season finale from Valencia is scheduled to start at midnight AEDT.