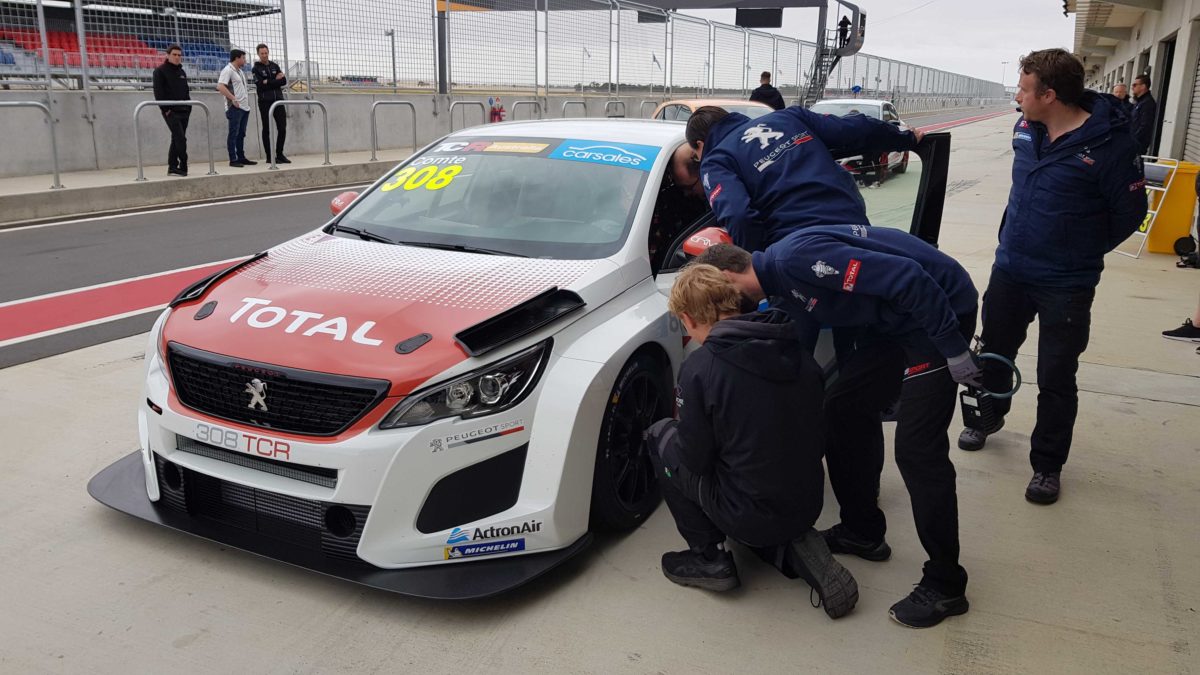 The Peugeot 308 undergoing its shakedown on Sunday morning

The DG Sport Peugeot 308 will join the TCR Australia field after resolving the electrical issues which had seen it sidelined for much of the weekend.

An electrical fault saw the team fly in replacement components from France in an effort to get the car on track for its maiden event in Australia.

Arriving into Adelaide late Saturday, the team worked into the night to fit the new loom before cutting a series of shakedown laps on Sunday morning.

It proved a successful outing with the car, driven by Aurelien Comte, now set to line up on the back of the grid for Race 2 of the weekend.

“Unfortunately we had a little issue with an electrical component,” Mayeul Tyl, Director at Peugeot Citroën Racing Shop, told Speedcafe.com.

“But we absolutely wanted to run this weekend, so we brought some parts from France yesterday night and put the part in the car.

“Now everything is okay and the car is running. We are very happy.

“We worked last night between 11 and two o’clock to finish the car, but it was not so complicated.

“It was an electronic issue so we changed the power box and the loom, and all my mechanics in general are very efficient.”

The addition of the Peugeot to the field, the second brand new marque to join TCR Australia this weekend, brings the total brands represented to 10 in what was a record 21 car field.

Chelsea Angelo and Liam McAdam made contact on the opening lap of Saturday’s race, eliminating both from the remainder of the weekend.