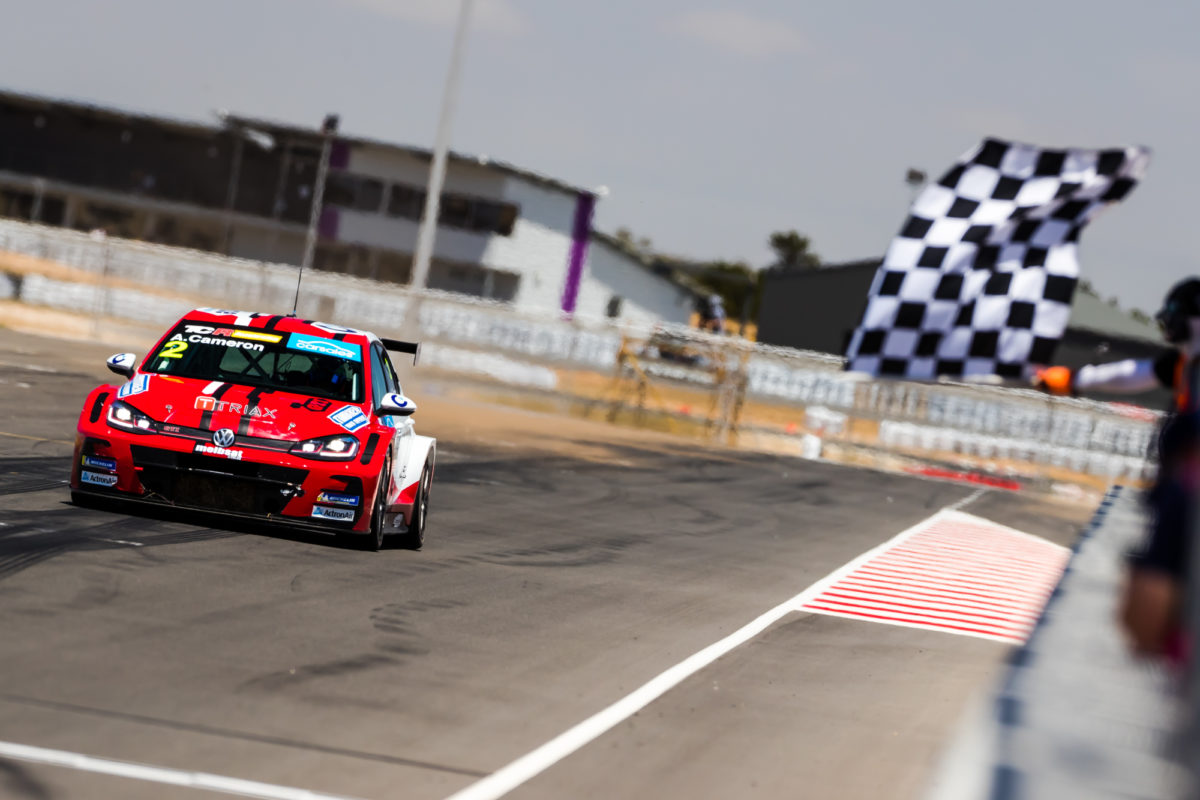 Aaron Cameron has stormed to his maiden TCR Australia Series race win with a commanding performance ahead of Will Brown.

Shadowing the pole sitter through the opening laps, Cameron (Volkswagen Golf GTI) made his move early before quickly establishing an advantage that would never be headed.

Brown led from the start while further back a blistering opening lap from Aurelien Comte saw the Frenchman climb to 12th in the Peugeot 308 having started from last.

His rapid progress however quickly stopped, slowly dropping back down the order to eventually cross the line 14th.

The lead battle quickly hotted up, Cameron shaping up for a move on Brown (Hyundai i30N) only to fall into the clutches of Cox (Alfa Romeo Guilietta) in third as they completed Lap 2.

Cameron found a way through for the lead midway around the fourth lap, moving into top spot at Turn 11.

The race leader then edged away at the front of the race, Brown powerless to stay with the Volkswagen.

Martin and Morcom found themselves locked in battle, passing and re-passing before the former slipped two further places behind Heimgartner and Chris Pither (Renault Megane RS).

A moment from Brown gave Cox a glimmer of hope on Lap 7, though there proved no way through as the former race leader held a defensive line to maintain second position.

That allowed Cameron to further extend his advantage at the head of the race, the Hyundai driver already nearly five seconds clear at the two third distance.

In the pack Martin went wheel to wheel with Whitley (Volkswagen Golf GTI) through Turn 1.

Holding the racing line, Martin offered no way through for the Volkswagen as they headed to Turn 2, Whitley bouncing through the grass with the pair making light contact as she rejoined.

Martin’s advantage lasted scarcely three corners more as Whitley put a move up the inside at the hairpin leaving no chance to defend.

However, a mistake at Turn 14 opened the door for Martin to claim the place back, which he held to the finish.

Up front there was no catching Cameron, who opened up a 7.97 second advantage over Brown at the chequered flag with Cox third to record his first TCR Australia podium.