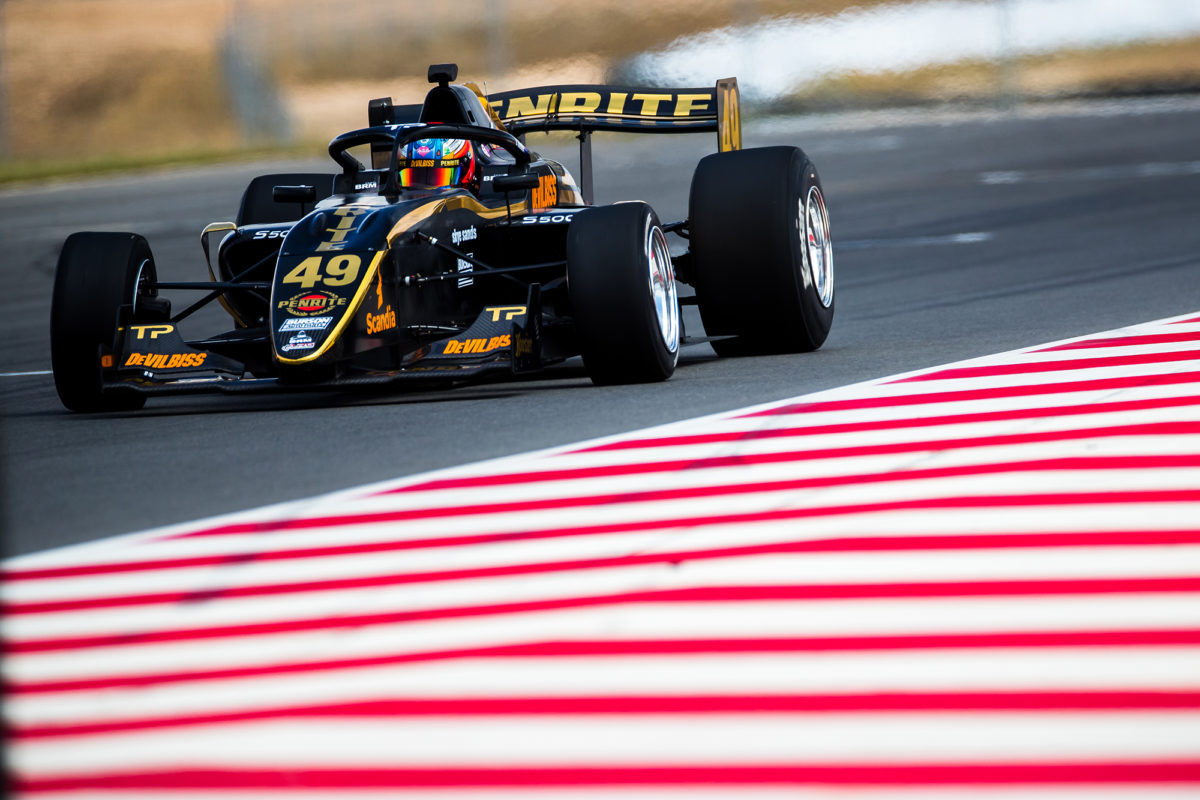 Thomas Randle has likened driving an S5000 to his father’s Saab sports sedan following the opening day’s running at The Bend Motorsport Park.

Following his role as co-driver to Lee Holdsworth in the Pirtek Enduro Cup, Randle topped both practice sessions on debut in the open wheel series.

Randle’s career began in karting before progressing to Formula Ford and then wings and slicks racing, which took him to Europe before returning to Australia to pursue a career domestically.

Since then his focus has been on tintops, with Friday’s action his first official outing in Australia’s newest open wheel series.

“I feel more confident in an open wheeler, and the power delivery is better.

“These cars you can’t really carry a lot of mid corner speed because they just don’t have the mechanical grip, and it’s a very hard tyre.”

Despite topping both of Friday’s sessions, Randle feels he’s yet to fully come to terms with the car.

A test day at The Bend on Thursday offered him his first experience heading into the weekend, but even still he spent much of Friday acclimatising himself to the car.

Even still, he topped both practice sessions against the likes of Anton De Pasquale, Will Brown, and John Martin.

“I feel like I’m gelling pretty well between myself and the chassis,” he said.

“We’re just trying to learn what the changes are doing with the car around here, how I’m feeling with what we’re feeling and if I can feel those changes.

“Every session I’m doing I just find a little bit more in myself and get more and more confident with the car.

“The braking is something you have to get used to because they’re long braking zones.

“We’re braking sort of 150 metres at Turn 1, so it’s enough that you can go for a pass and everyone wants to see great racing.

“One thing I was trying to get my head around yesterday with the power delivery was that you’ve got a fly by wire system and it’s not a really long throttle throw, and it’s quite a light throttle.

“Trying to know at what point you might get a bit of wheelspin or how much throttle you really can give it is a bit tricky.

“I mean, it’s very noisy from the outside but from the cockpit it’s quite soft, the sound is quite soft.

“That’s another thing, trying to understand this tyre,” he added.

“No-one’s doing their best lap on the first or second lap, it’s usually the fifth, sixth, seventh or eighth lap where the tyre is at its best.

“So that’s another tricky thing to get used to, but I think it is a good tyre because it lasts. It lasts a long time.

“Yesterday we were on 300km old tyres by the end of the day doing mid-42s. I think it’s a good tyre for this category.”

Randle and the rest of the S5000 grid is back on track at 1005 ACDT for qualifying, followed by the first of the weekend’s two qualifying races at 1345.