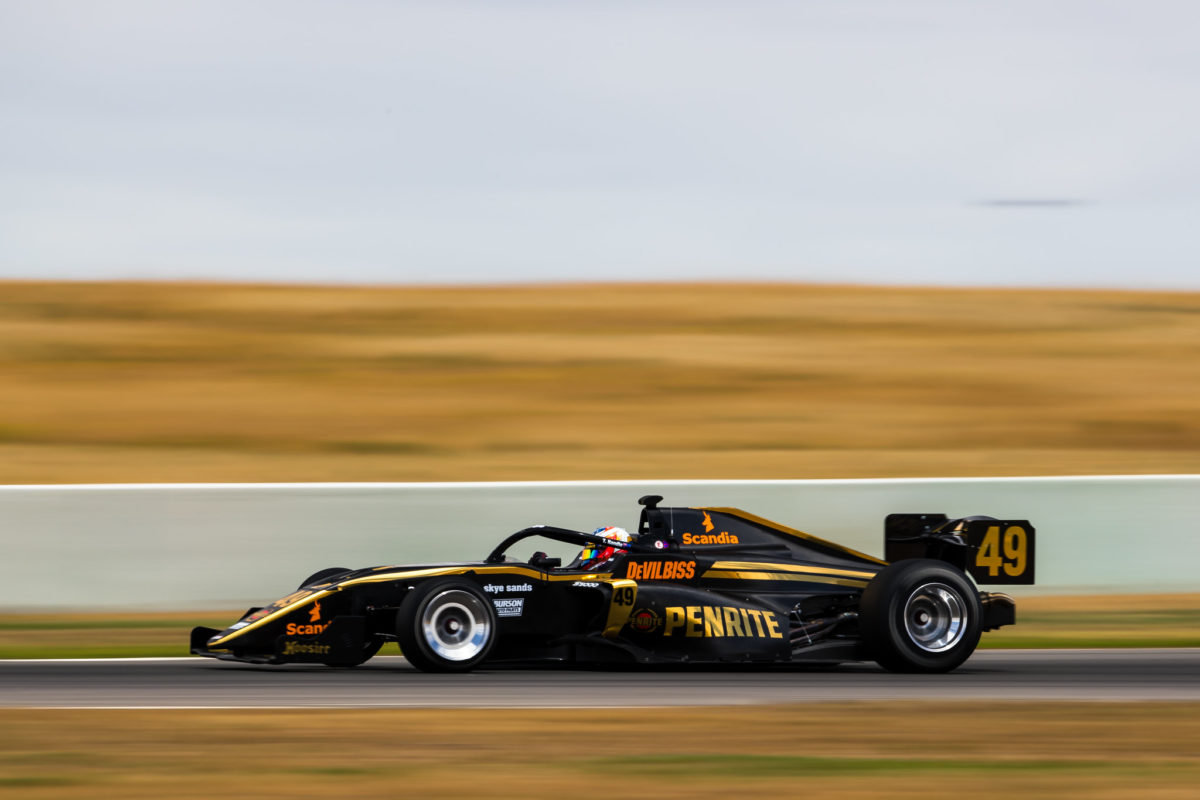 Thomas Randle stamped his authority at the front of the S5000 field with a dominant performance in the opening Qualifying Heat of the weekend.

Having qualified second, Randle shot to the lead before racing to a comfortable win in the opening 12 lap encounter.

Such was his dominance, his fastest lap was more than seven tenths faster than anyone else, and would have been good enough for third on the grid.

Randle got the hole shot to lead comfortably into the opening corner, de Pasquale dropping in behind as Brown and Martin ran wheel to wheel for third through the opening sequence.

Brown fell victim to Golding as they rounded Turn 13, the back end on Brown’s car stepping out and hurting his exit and falling to fifth as a result.

A stunning opening lap saw Randle clear out to the tune of 1.5 seconds, extending that by half a second to de Pasquale on the second lap.

Having been mugged by Golding, Brown quickly fell into the grips of Tim Macrow and James Winslow, the latter forcing Macrow to go defensive as they started their third lap.

A spin from Macrow at Turn 9 to released Winslow and Ricky Capo after the rear end came around the on the Gold Star winner as he dropped to 10th and last.

After the early exchanges the race settled into a more sedate rhythm, the field beginning to stretch as Randle out front turned laps at qualifying pace.

The closest battle proved to be that for sixth between Winslow and Capo, the par nose to tail but Capo never close enough to make a high percentage move.

In the closing laps Golding caught Martin but, like Capo, ran out of laps before he was able to put a move on the final podium place holder.

By the chequered flag race winner Randle had checked out, nearly 10 seconds clear from Pasquale with Martin holding on for third.

Behind Golding in fourth was Brown from Winslow, Capo, Macrow, Michael Gibson, and Braydan Willmington rounding out the field.

The S5000 Series continues on Sunday morning with its second Qualifying Heat at 1055 ACDT before the feature race at 1440 local time.