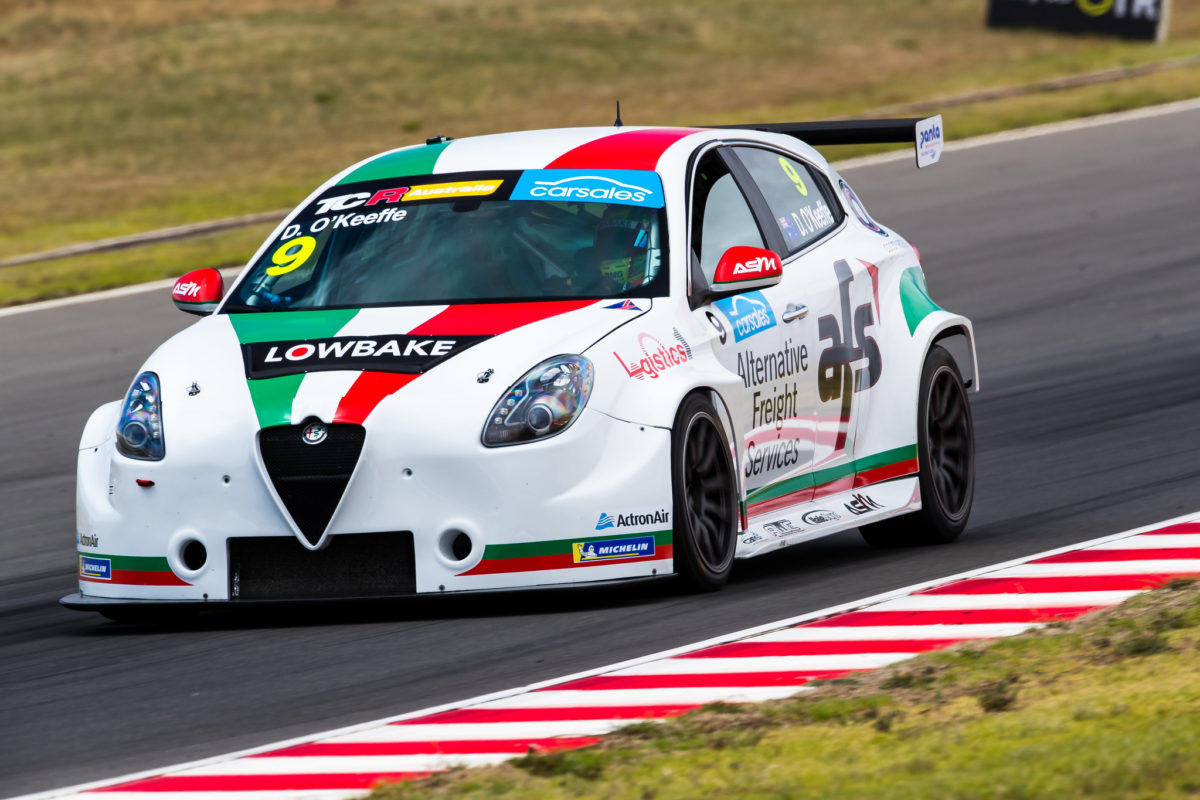 O’Keeffe’s lap aboard the Alfa Romeo Guilietta was 0.08s faster than Will Brown (Hyundai i30 TCR) as the top four drivers set times inside the 1:55 bracket.

Brown set the early pace with a 1:57.4362, half a second off the pace set by Aaron Cameron in practice on Friday.

However, the champion-elect’s time was quickly bettered by Cameron, with Tony D’Alberto (Honda Civic Type R TCR) slotting in between the pair in second.

James Moffat’s session came to an early end when he parked on the exit of Turn 12 with suspected drive shaft failure.

As the GRM driver climbed out his team-mate Chris Pither (Renault Megane RS TCR) had an off at Turn 10, spinning through the weeds and coming to a rest by Turn 11.

Pither had been half a second faster to the first split than Brown, who had returned to the top of the timing sheets with a 1:56.1804.

With seven minutes to run Tim Brook climbed from the Cupra while holding down 11th, doing so just as O’Keeffe shot to the top of the timings screens with a 1:56.6206 effort.

That lap would ultimately net O’Keeffe pole over Brown, D’Alberto, Cameron, and Nathan Morcom in fifth.

A number of drivers found the going tough, with Iain McDougall (Audi RS 3 TCR) having a spin as the session got going, while John Martin also ran off around the triple right handers in the middle part of the lap.

Alexandra Whitley (Volkswagen Golf GTI TCR) and James Allen (Alfa Romeo Guilietta TCR) also spun, the former at Turn 14 and Allen at Turn 13 in the latter part of the session.

In the dying moments of the session Pither had a second off, this time at Turn 12, consigning him to 11th place on the grid as he was unable to get back to the line before the flag fell to complete another lap.

The opening TCR Australia Series race of the weekend is scheduled to begin at 1245 local time.