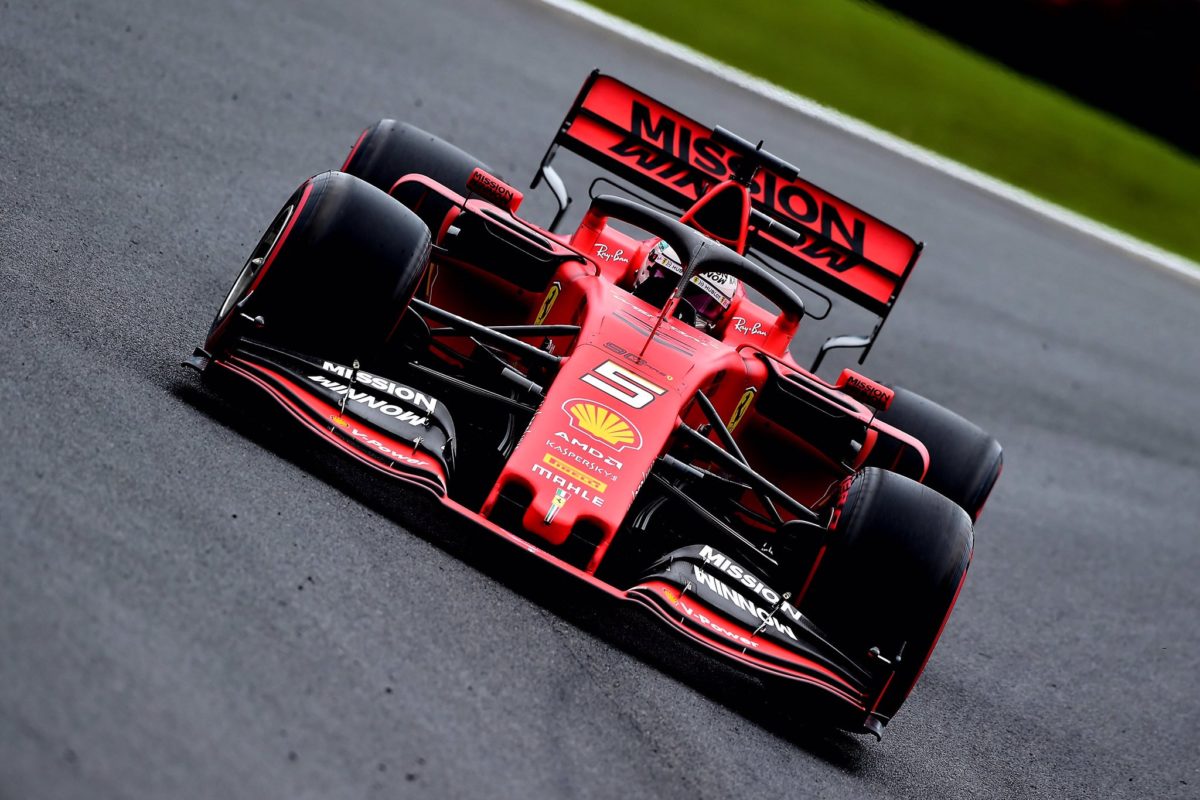 Both of the day’s sessions were ended early courtesy of red flags, first for Alex Albon and the afternoon’s session by Daniil Kvyat.

That followed an earlier red flag for Robert Kubica, who met the wall at Turn 3 early in second practice without having set a time.

The Pole sat out Practice 2 as Nicholas Latifi took over his seat, leaving Kubica with a total of two laps to his name for the day.

Vettel ended proceedings fastest on a 1:09.217s, just 0.021 faster than his team-mate at the end of the day’s running with a late lap that pushed him to the top of the timesheets.

Like the morning’s first session, Practice 2 ended early courtesy of a red flag when Kvyat was pitched into the wall at Juncao after the rear wheels on his Toro Rosso appeared to lock, sending him off the road.

Damage to the right rear corner of the car meant that, with five minutes left, running did not resume.

Vettel had been the early pace setter in Practice 2, conditions having improved markedly since the opening session earlier in the day, using a set of medium tyres to record a 1:09.570.

That stood until the field began switching to softs for their qualifying simulations, which saw Leclerc go quickest with a 1:09.238.

An improved lap then saw Vettel narrowly reclaim top spot to end the session with a Ferrari one-two.

Third fastest was Max Verstappen, just over a tenth back from the leading duo, with Bottas fourth over Lewis Hamilton, Kevin Magnussen, Daniel Ricciardo, Kimi Raikkonen, Alex Albon, and Carlos Sainz rounding out the top 10.

Earlier, Albon set the fastest time in the day’s opening session before crashing out after switching to slick tyres in the final minutes.

The Thai driver headed Bottas and Vettel in the session that saw little running in the only 15 minutes.

Improving conditions saw the field initially running on wets before switching to intermediates and, ultimately, attempt slicks in the final moments.

A number of drivers were caught out, including Verstappen and Leclerc who both had moments, before Albon’s session ending impact towards the end of his out lap on slicks.

Practice continues at Interlagos at 0200 AEDT on Sunday ahead of qualifying at 0500 AEDT.