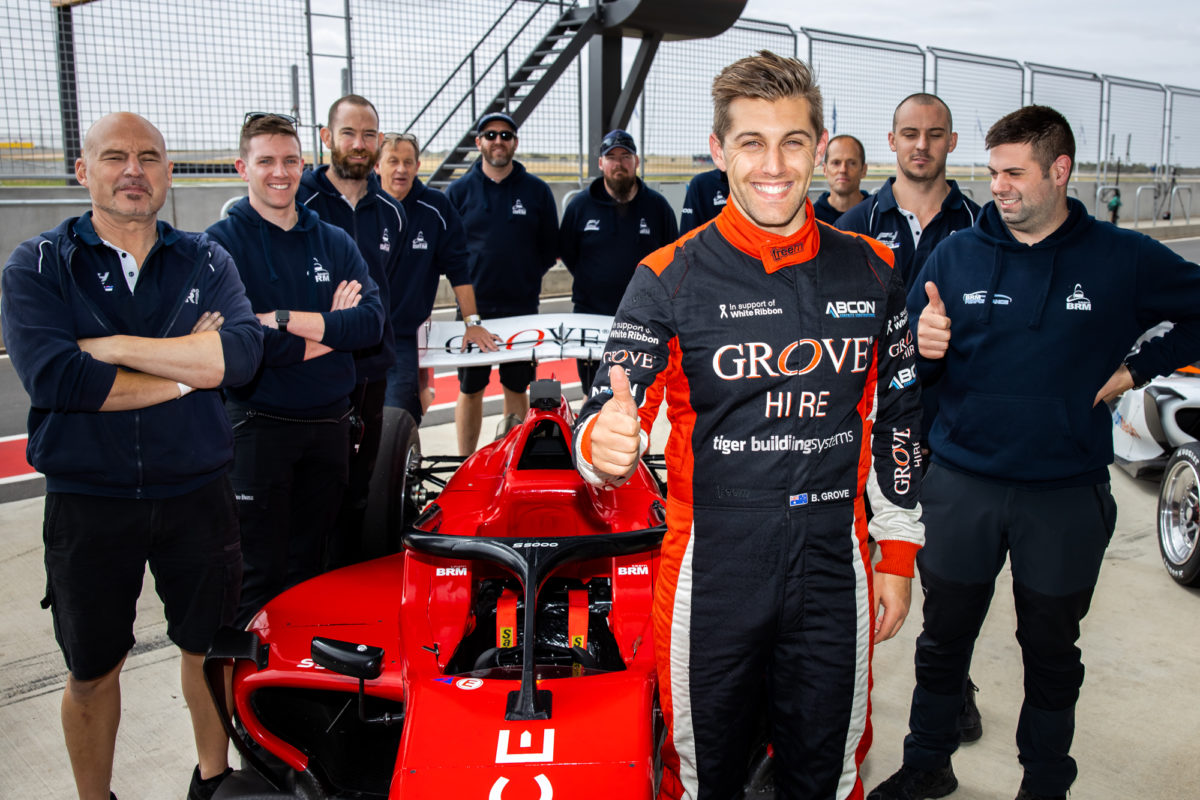 The trio continually swapped positions throughout the 20-minute session, de Pasquale’s last gasp lap putting him on top in his first weekend in the category.

He headed Friday pace-setter Randle and John Martin, while a late effort saw Will Brown the only other driver within touching distance of the top three.

The session started inauspiciously for Randle, who found himself caught out exiting Turn 13, bouncing through the dirt but able to continue.

Moments later Ricky Capo was also wide at the same corner, having a half spin but clearing the gravel trap and, like Randle, able to continue.

Martin banked a 1:46.0245 to set the early pace, his time four tenths faster than de Pasquale after their first timed laps.

Randle then shot to the top with a 1:43.0774 on his second timed lap, having cleaned his tyres after the early off.

However Martin was able to immediately respond, logging a 1:42.7318 to reclaim top spot.

The pole battle then began to intensify with de Pasquale improving to a 1:43.3834, while fourth placed James Golding was 1.47 seconds adrift of the provisional pole.

Tim Macrow became the third victim of Turn 13, stopping the car and drawing the red flag with eight minutes in the books.

Just prior to the stoppage Randle and Martin had both improved, the new marker of 1:42.0940 set by Martin.

The session restarted with eight minutes to run, the clock having continued to countdown throughout the stoppage.

Martin and de Pasquale were the last to rejoin the track, half a lap behind the bulk of the field which exited the lane as the session returned to green flag running.

Randle returned to provisional pole position shortly after the restart, setting a 1:41.6740 to move 0.42s clear of Martin’s previous best.

The punch and counter punch continued with Randle finding more on his next lap, stealing pole back with a 1:41.3428.

With just over two minutes remaining in the session Martin crossed the line but failed to improve, losing time in the final third of the lap.

Meanwhile Randle was on a charge, setting fastest sector splits to the first and second splits.

By lap’s end he stopped the clocks at 1:41.3312, though lost time after running wide at the final corner.

It left the door open for de Pasquale, who moved to second to see the leading three were split by three tenths, and almost nine tenths clear of the rest of the field.

Martin then improved to reclaim second from de Pasquale, still 0.14s off Randle, while Brown jumped to fourth.

The epic qualifying battle ended with de Pasquale moving to the top with seconds left in the session, recording 1:41.2729 to steal pole position and the right to choose his qualifying position for the opening qualifying heat first.

The first qualifying heat of the weekend is set to begin at 1345 local time, with the top eight finishers to be reversed for Sunday’s second qualifying heat.