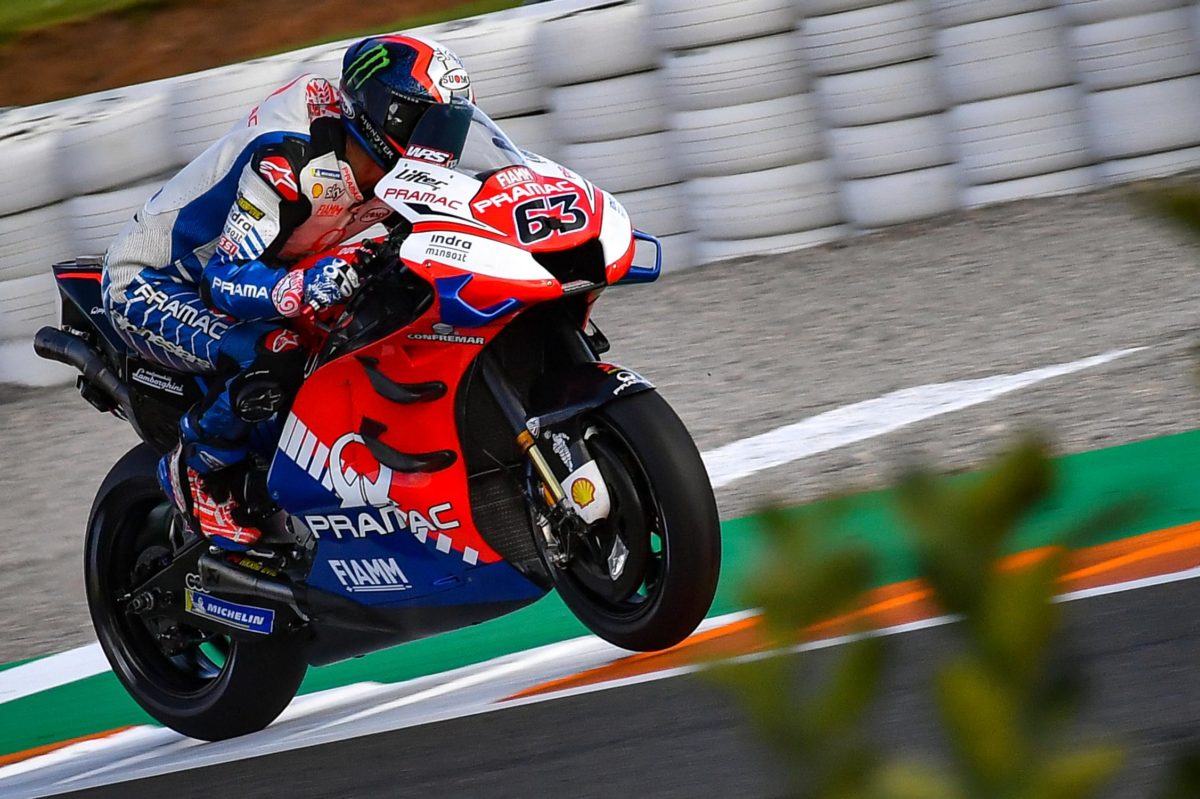 Francesco Bagnaia has been taken to hospital and will miss MotoGP qualifying following a strange crash in Free Practice 3 at the Valencia season finale.

The Pramac Ducati rider appeared to be thrown over his handlebars at low speed when exiting the pits during the closing stages of the session at the Ricardo Tormo circuit.

Jack Miller’s team-mate was taken to the Spanish circuit’s medical centre where it was confirmed the 22-year-old had sustained a fractured left wrist and a concussion after suffering a blow to the head in the fall.

Bagnaia has since been taken to hospital for further checks ruling him out of qualifying, with his participation in Sunday’s race uncertain.

MotoGP qualifying is due to take place at 0010 AEDT.