Angelo ‘going to be in pain tomorrow’ after Race 1 crash

Angelo ‘going to be in pain tomorrow’ after Race 1 crash 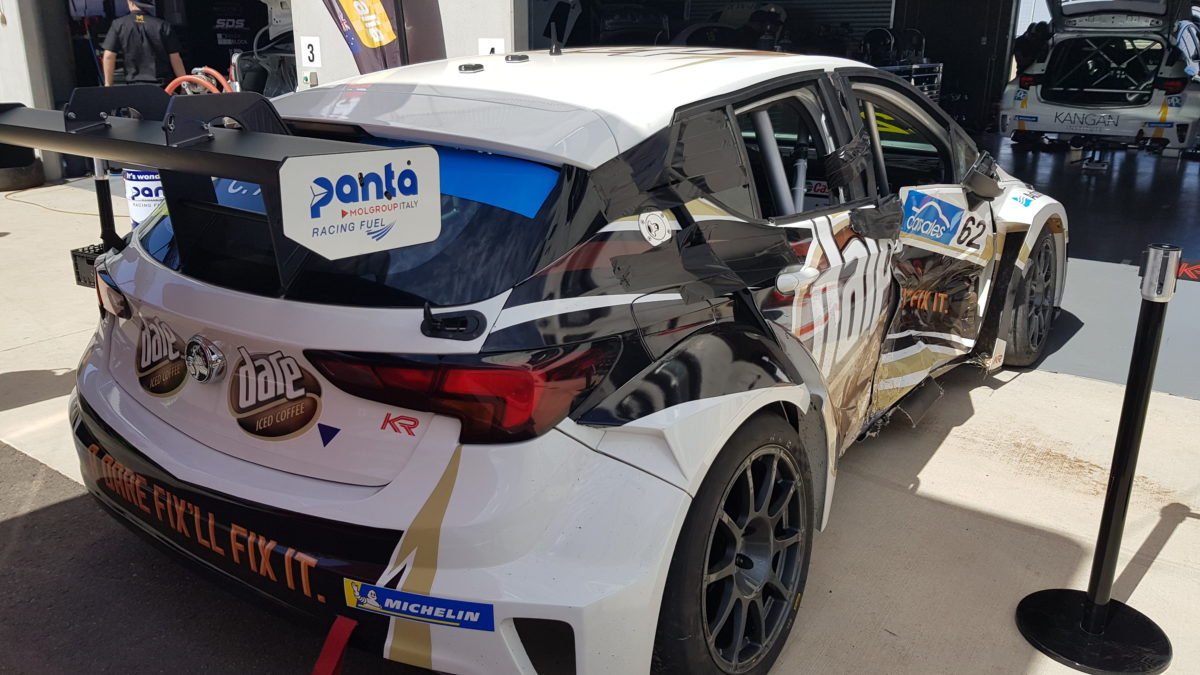 Chelsea Angelo and Liam McAdam will take no further part in the TCR Australia Series finale at The Bend Motorsport Park following their clash on the opening lap of Race 1.

A move under brakes from McAdam saw the Audi make heavy contact with Angelo’s Opel, the damage enough to see both scratchings for the balance of the weekend.

It left for a disappointed Angelo, who had worked her way forward off the line after qualifying 16th.

“We were going really well. We got a good start, we passed a lot of cars on the outside of one, two, and three,” Angelo told Speedcafe.com.

“Coming into the second last corner, I was midway through the corner and then next minute I get shunted pretty bad from the right.

“It was unexpected because there was no one on my right-hand side that I could see in my mirrors. It just came from nowhere.”

The impact caved in the passenger side door of the Opel, and left the Kelly Racing driver nursing a sore arm and ribs.

McAdam offered his apologies for the incident, though that’s scant consolation for Angelo.

“I’m going to be in pain tomorrow, I’ve got a bit of swelling in my left arm,” she explained.

“Apart from that my right rib is a bit tender, just feeling it a little bit in that area.

“Hopefully it calms down in the next few days, which I’m sure it well. It was a big hit, so I’m quite sore.

“All he said was that I’m sorry,” she added of McAdam’s apology.

“At the time I couldn’t say much back to him because I didn’t know (what had happened).

“I’ve just seen the replay myself – I’m definitely not a happy girl about it.

“It’s the first race of the weekend, shit like this should not be happening. We’re all professional racers, we all have a level of pedigree.

“To brake (so far beyond where) your normal braking marker would be is not on.”

While the damage to Angelo’s car will rule her out for the balance of the weekend, chassis rail damage will also prevent McAdam from taking any further part.

“Just the left front corner, so upright, control arm, obviously radiators and all that associated stuff in the front corner there, front bumper, splitter, a fair bit of damage.

“It just needs to go back on the jig and get the chassis rails back into place and put it back together.”

The final day of the 2019 TCR Australia Series begins at 1240 ACDT, feeding immediately into the final race of the season at 1345.