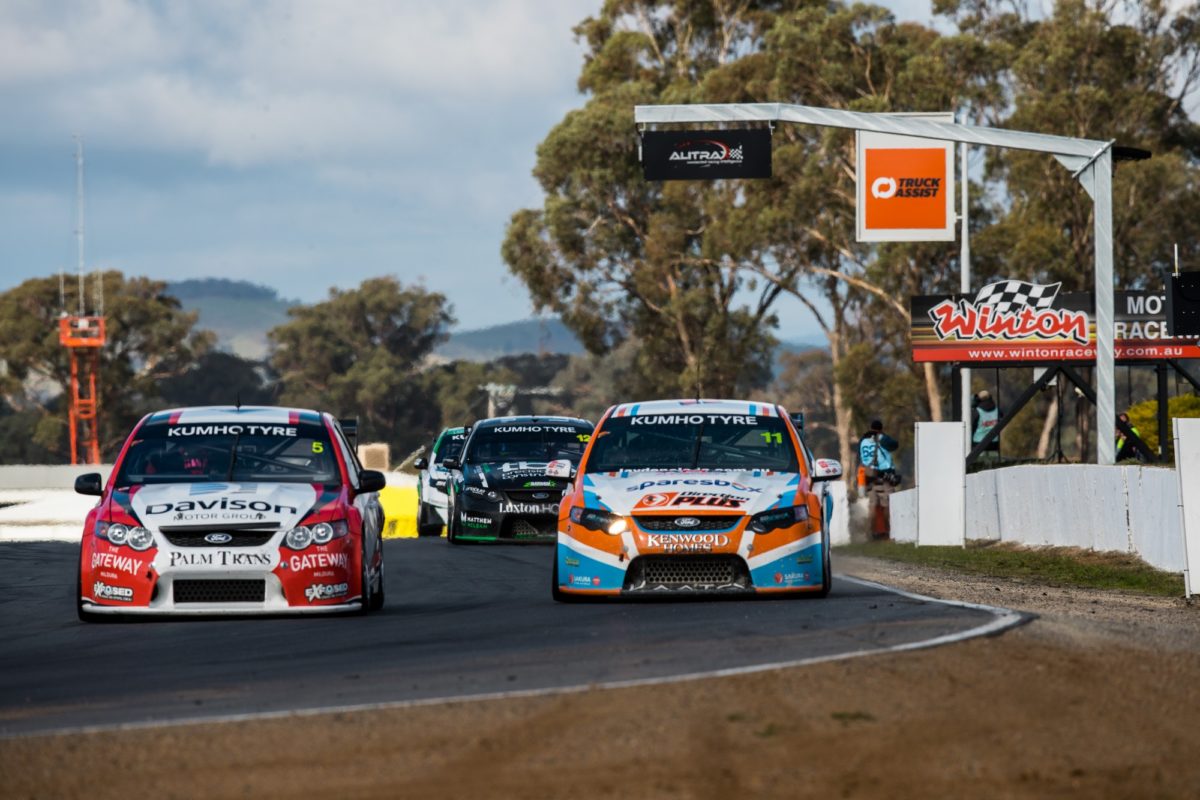 Super3 at Winton this year

The Kumho Tyre Australian V8 Touring Car Series has lost its ‘Super3’ branding after one season but has formed an alliance with the Australian Racing Group for 2020.

The announcement follows news that Supercars had been intending to incorporate ‘Super3’ as a class within the Dunlop Super2 Series from next year.

V8 Touring Cars will revert to being the unofficial third tier of Supercars, as it was prior to 2019, but now enjoys a “strategic partnership” with ARG.

It has also been announced that V8 Touring Cars will continue to support Supercars’ Winton SuperSprint next year.

Speedcafe.com understands, however, that the series has otherwise been largely jettisoned from the Supercars program, with Winton being an exception given it is promoted by the Benalla Auto Club rather than Supercars itself.

Category manager Liam Curkpatrick, who holds the same position for ARG’s own TCR Australia Series, said of V8 Touring Cars, “2020 will be a year of major change for the category but it’s one we’re looking forward to embracing.

“Our new relationship with ARG comes as they see the value the series and the cross-section of competitors and cars that it represents.

“We’re working hard to ensure our competitors have a strong broadcast package and opportunities to potentially progress their driving beyond the category should they have a successful season and wish to move onwards.

“Our long-term relationship with the Benalla Auto Club ensures we are back at Winton for our annual visit to their Supercars round. That event has grown to become one of the best regional events on the calendar and it is a key part of our calendar.

“The V8 Touring Cars brand is strong and we’ll continue to build on our more than a decade of history that started in 2008 and will evolve further in 2020.”

A full calendar is set to be released “early next week”, while V8 Touring Cars’ announcement also states that the new relationship with ARG “opens opportunities to expand the series’ TV package in 2020”.

Paul Morris protégé Broc Feeney won the only season to have been run as the Super3 Series.