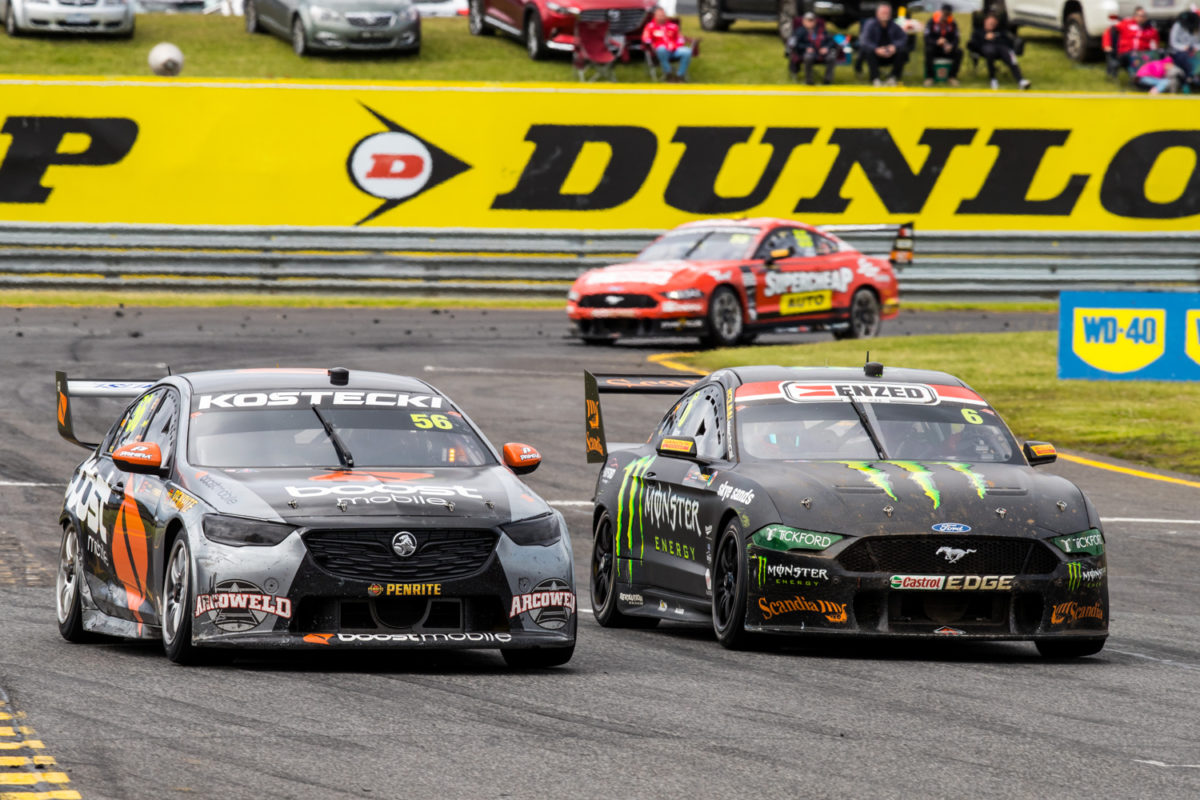 Supercars is confident its new aero homologation procedure ‘is the best it can achieve without the use of a wind tunnel’, according to CEO Sean Seamer.

The championship confirmed in September that both Ford and Holden models will be re-homologated under a new active ride system designed to ensure better parity across the field.

An aero parity debate has plagued this year’s campaign triggered by the introduction of the Ford Mustang, which has resulted in the series making five aerodynamic parity adjustments and two centre of gravity tweaks across the models.

Ford teams were forced to make changes to their aero package in May, while the latest alterations were made to the Holden in September prior to the Nissan being tweaked before last month’s Supercheap Auto Bathurst 1000.

The existing VCAT process that features straight-line aero testing of the cars has come in for criticism, which has led to Supercars developing an active damper system, which can simulate numerous ride height settings to fully understand the effects of aero.

Wind tunnel testing has been investigated but found to be a costly exercise with Australia lacking a suitable facility.

Seamer says the revamped homologation procedure is the next best thing with the process well received by teams.

Following confirmation cars will run approximately 15 percent less downforce next year, all models will require re-homologation that is set to take place in December.

The VCAT aero testing will still be conducted over straight-line tests as has previously been the case, but the new system is expected to provide more detail.

“We’ve had positive feedback and input from both the teams and the manufacturers, both here and in the US, that the process that we’re going though at the end of this year is as good as you can do in Australia without a wind tunnel,” said Seamer.

“We’ll be able to put the car through a range of different, what we’re calling, ‘ride height sweeps’ and ‘configurations sweeps’ to be able to see and understand the impact of different set-ups on the aerodynamics, so that we’ll be better able to facilitate the car’s performance in racing conditions.

“We’ll use the information that we’ve got from straight-line (tests) to correlate to CFD (computational fluid dynamics).

“So we will continue to use CFD, but, we won’t be going to a wind tunnel in the US unfortunately – it’s cost prohibitive.”

Supercars has already carried out tests using the system with an FG Falcon ‘mule car’ that has been upgraded to FGX spec, with Seamer declaring that the series is happy with the results thus far.

“I haven’t seen the vehicle myself, but the technical department has upgraded an FG Falcon to an FGX,” he added

“That’s been used as a ‘mule’ and a reference point for the aero testing.

“It’s an idea that we picked up off of NASCAR where they use an old Dodge as a reference point for maintaining parity between the cars. It’s literally the baseline that we’re using for the testing.

“The active ride’s (system) working. There was some initial challenges around mounting points et cetera.

“We’re happy with the testing that’s been done at the moment at Southport, and there’s more work being done in getting ready for where we’re doing the aero tests a little bit later in the year.”

Representatives from Holden and Ford have agreed the revamped VCAT is a positive step for the category.

“We’ve had some good dialogue on VCAT for later this year.

“I don’t think we have a strong opinion on the (downforce) levels that they’re trying to get to, we just want to know the rules and go race.”

Roland Dane, boss of the Holden homologation team Triple Eight, added: “I’m pretty happy with the way it’s going at the moment, but the proof of the pudding will be in the eating.”

Supercars homologation testing for next season is expected to take place in the first two weeks of December.