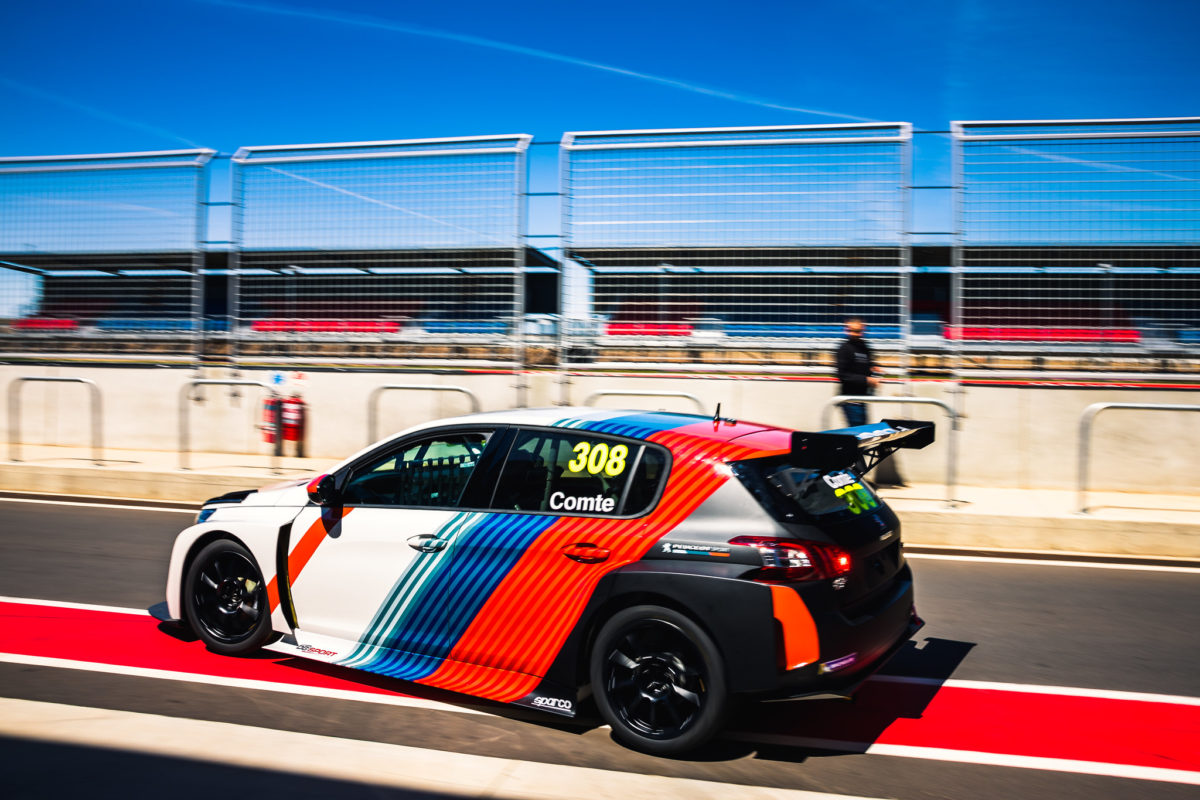 Electrical problems in the Peugeot 308 prevented Aurelien Comte from taking part in the opening TCR Australia Series practice session of the weekend at The Bend Motorsport Park.

Being run by DG Sport with the assistance of Garry Rogers Motorspoort, the car only recently landed in Australia, and completed a short 10-lap shakedown at The Bend on Thursday.

Electrical problems, however, prevented it from heading out in the opening 30-minute practice session of the weekend, with the team forced to remove the car’s wiring loom.

Asked about the situation by Speedcafe.com, Garry Rogers dismissed the issue as little more than new car teething issues.

“Just organising a few odds and ends because it’s a sort of last minute arrangement, and here we are now doing it,” Rogers reasoned.

The veteran team owner was also confident that, once repaired, Comte would not suffer as a result of the missed track time.

Today’s two practice sessions feed immediately into qualifying on Saturday morning, and then the first of the weekend’s three races.

With no previous data from competition in Australia and a tight schedule between first and second practice, it’s likely Comte’s first laps in anger won’t come until qualifying.

“If you’re a professional that shouldn’t make any difference,” Rogers claimed when asked about the impact the lack of track time would have.

“In fact, it’s probably a benefit – less time to wear himself out, he’ll be better for the run. Bit like a good race horse, every lap he’ll improve.”

It remains unclear whether the team will have the Peugeot’s electrical gremlins ironed out in time for the second TCR Australia Series practice session of the weekend, slated for 1505 ACDT/1535 AEDT.