World Rally Championship drivers have offered support to local communities suffering from bushfires and paid tribute to the firefighters tackling the blazes in New South Wales.

Bushfires forced organisers to cancel this week’s Kennards Hire Rally Australia finale at Coffs Harbour with New South Wales having declared a State of Emergency as fires ravage the region.

A fourth casualty from the bushfires was discovered late last night.

The decision to cancel Rally Australia was unanimously agreed by teams and drivers who were already in town ready to contest the event.

Since the decision Chairman of Rally Australia Andrew Papadopoulos and WRC drivers Craig Breen, Dani Sordo, Teemu Suninen and Elfyn Evans presented a cheque for $11,000 to the Red Cross to help care for people affected by this week’s bushfires in northern NSW.

Meanwhile, A selection of WRC stars have stayed in the region following the decision, choosing to offer their support to the local community. 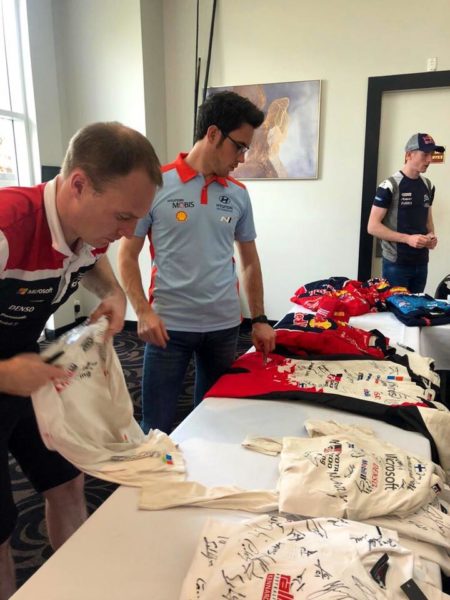 Drivers have been signing merchandise for fans, while Toyota duo Jari-Matti Latvala and Kris Meeke and Hyundai’s Thierry Neuville have visited local firefighters to show their support.

“Everyone has been so courageous while going through so much. It’s been a real honour to meet some of them this afternoon at the RFS Command Centre.”

Latvala posted hours earlier: “Giving our support to the local communities who have been suffering so much these past days.

“Small things but we were all here this morning to prepare some gifts for everyone.”

Toyota team boss Tommi Makinen has also paid tribute to those suffering from the bushfires.

“To cancel the rally was absolutely the correct decision and one that we support entirely,” said Makinen.

“Of course, the team originally came to Australia to try and fight for a championship, but in these terrible circumstances, we have not been thinking about that at all.

“Our thoughts have only been with the people that have been affected by what has happened: They are the most important consideration, far more important than any rally, so we really did not wish for it to go ahead.

”We want to help the situation in whatever way we can, and hope that people’s lives can return to some level of normality as soon as possible.”

The WRC stars are not the only members of the motorsport family to lend their support to the crisis. 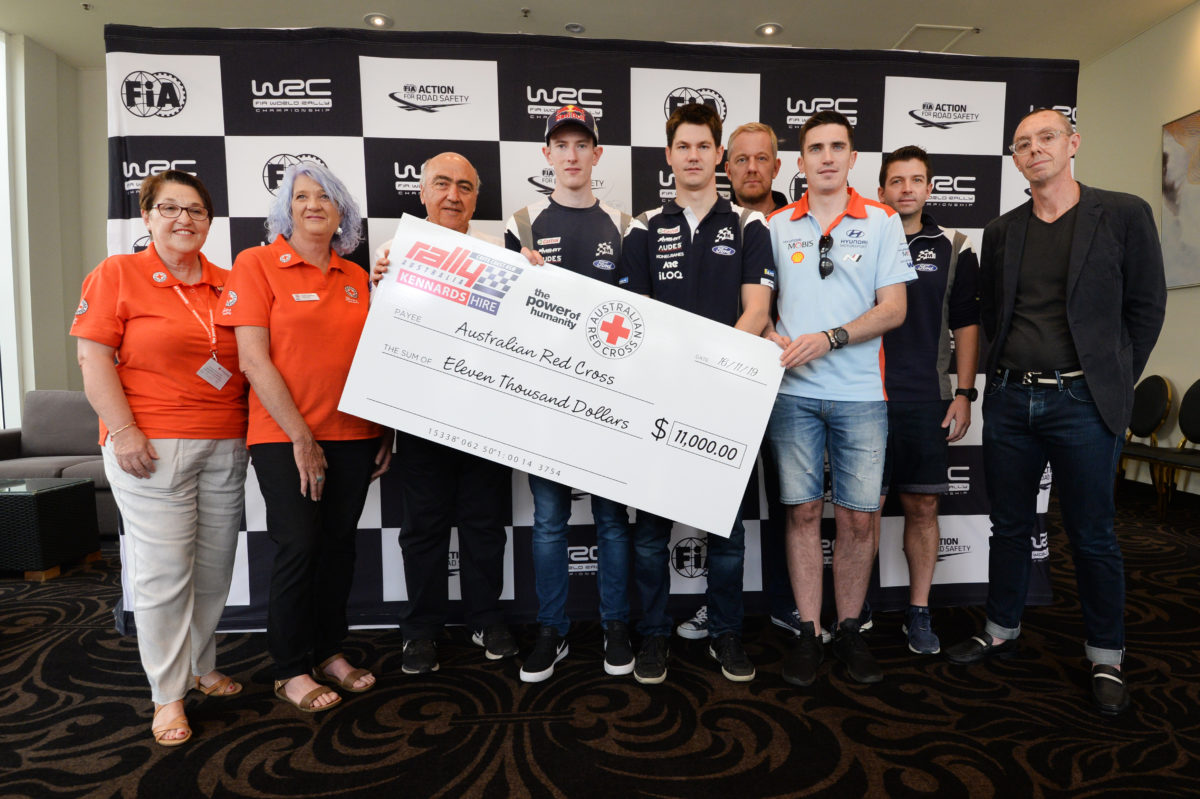