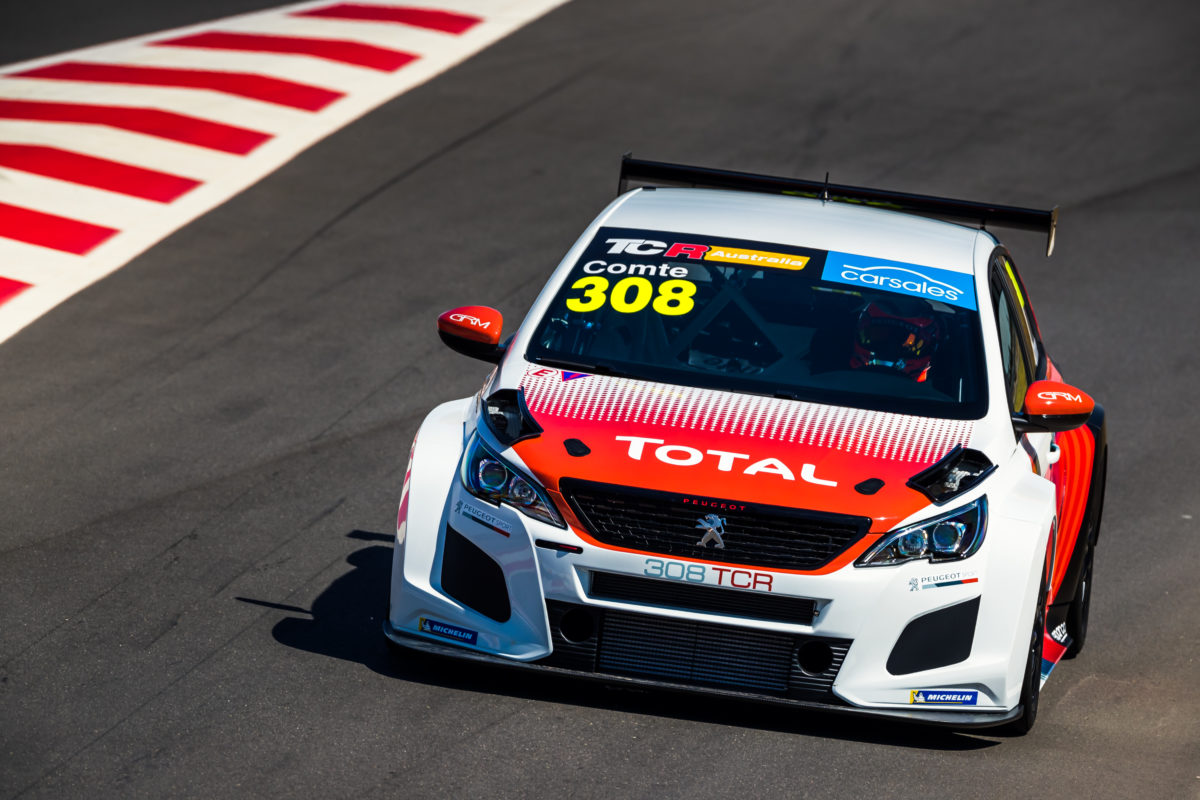 Aurelien Comte behind the wheel of the DG Sport Peugeot 308

TCR Australia has confirmed a record 21 car grid for its season finale at The Bend Motorsport Park this weekend.

Organisers have today confirmed Victorian state-based driver Iain McDougall as its latest addition to the entry list that will see 10 marques represented on the grid.

McDougall is set to make his national circuit racing debut, driving the #3 Audi RS 3 LMS for the Melbourne Performance Centre squad that was previously raced by Garth and Leanne Tander.

The 28 year-old has spent his racing career in production cars and sports sedans, driving a former Mini Challenge car in the past two seasons.

McDougall will step up to TCR Australia having tested one of the MPC Audis two months ago during the category’s evaluation day at Winton, and is using this weekend’s event as a potential launch pad to a full program in 2020.

“We had a really good day at the evaluation day and I can’t wait to get on track at The Bend,” said McDougall.

“I’ve spent the last few years racing the ex-Mini Challenge cars. They are front wheel drive and it has prepared me extremely well for the TCR Australia cars.

“I felt comfortable at the test, so it was good to have that under my belt before this weekend, but we just want to get a feel for it and demonstrate that we can be competitive.

“We would like to do a full season next year, but we’ll just get through this weekend and see how we fair.”

This weekend will see two new marques join the grid with Peugeot represented by Belgian squad DG Sport, which will field former WTCR driver Aurelien Comte, while Garage1 will enter a Cupra for Tim Brook.

The Peugeot entry into TCR Australia has been facilitated by Garry Rogers Motorsport, which also runs a pair of Renault Meganes and an Alfa Romeo Giulietta.

All three races will be shown live on SBS and via the Shannons Nationals live stream carried by Speedcafe.com.