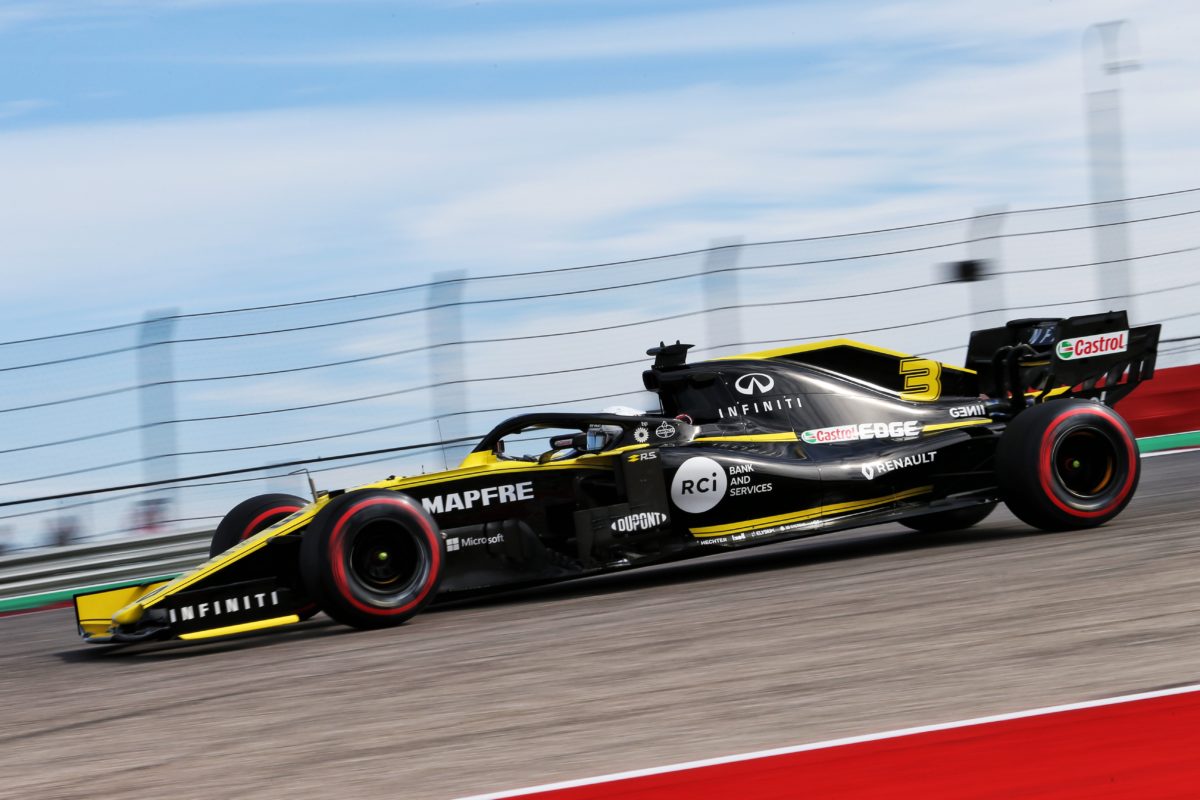 Daniel Ricciardo has found himself adding new skills to his racecraft by being in Formula 1’s midfield with Renault.

Ricciardo has started beyond the first three rows in all but three of the 19 races to date in 2019.

While the former Red Bull Racing driver is renowned as strong in overtaking, he believes that starting in the pack has forced him to adapt his opening lap driving.

“It is tight (in the midfield) and at times frustrating because sometimes a tenth puts you three or four spots back,” said Ricciardo.

“But when you get that tenth it puts you three or four spots forward. It feels like a real battle and most of the time a person being the best of the rest feels like they actually won something on the weekend. There is that internal battle.

“The only thing that, I don’t want to say sucks a little bit, but is not as fun, is that you are more likely to get caught up in first lap incidents being right in the middle.

“That is the only thing that is, I don’t want to say out of your control, but you are put in that position more often than I was in the last few years.

“It has also allowed me to work on my Lap 1 racecraft.

“My racecraft in general, my overtaking and that through the race, isn’t bad. But my Lap 1 stuff, now starting in the midfield, there have been times when I have not made the best decisions going into Turn 1, and after the fact I’m like I could have done that better.

“So I am learning a bit being in the midfield. That’s cool.

“I don’t want to be here forever but for sure that is a new skill which I’m learning that I didn’t have to do so much in the last few years.”

The West Australian’s best race results this year have been fourth at Monza and sixth in each of the North American grands prix.

However, Ricciardo maintains he can still be satisfied with his efforts, even if the headline results are not as spectacular.

“I’ll always leave a race track happy and fulfilled if I know I’ve got everything out of it,” he explained.

“I won’t lie, that is heightened by taking home a trophy or a bottle of champagne, but there have also been podiums I got where I wasn’t actually completely satisfied with how I drove.

“The high will never be as high, and finishing fourth in Monza, a huge result, I still wasn’t standing on the podium, so I am not going out running around the streets naked,  but as far as my personal fulfilment, that is really everything I need if I leave the track knowing I got everything out of it.”

Ricciardo is currently ninth in the drivers’ championship ahead of this weekend’s penultimate round in Brazil, for which practice starts on Saturday at 0100 AEDT.