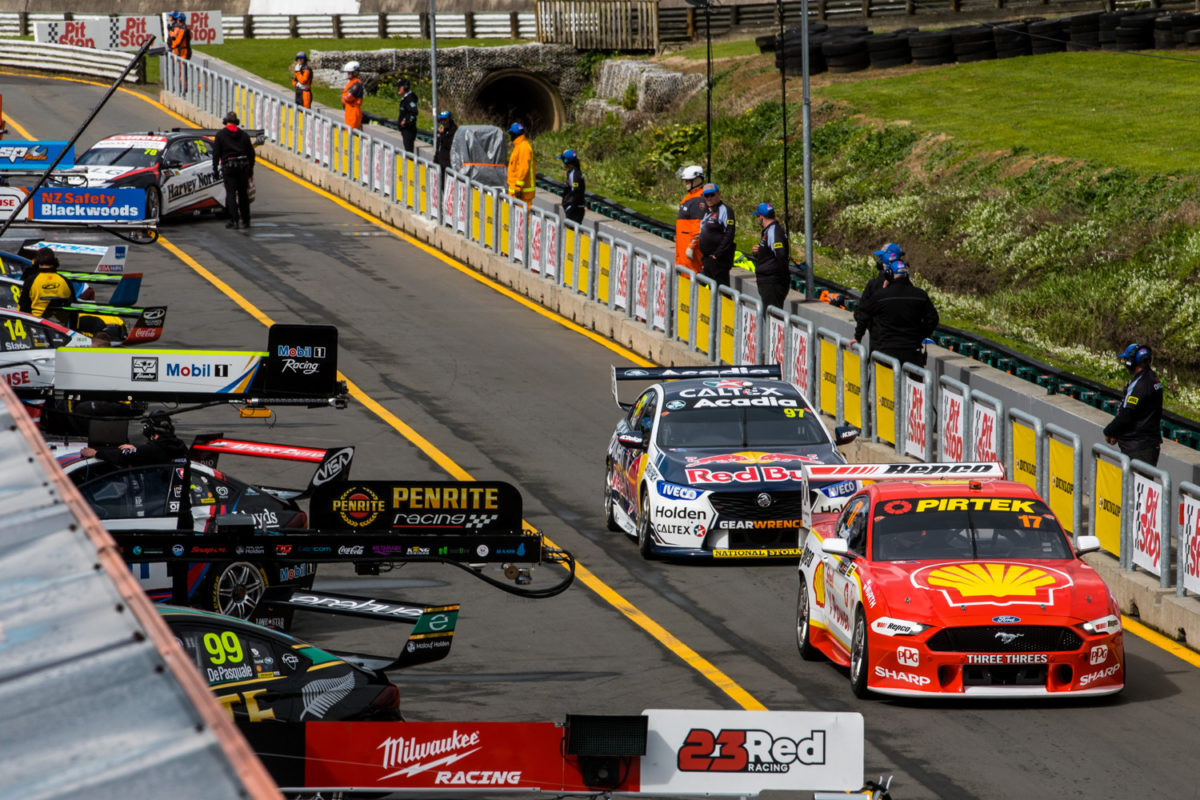 Shell V-Power Racing is focused on the teams’ championship

Having wrapped up his second drivers’ championship, Scott McLaughlin is now focused on ensuring Shell V-Power Racing takes out the teams’ title at the season ending Coates Hire Newcastle 500.

Ninth place at the Sandown 500 was enough to mathematically seal the 2019 crown, moving him 550 points clear of Shane van Gisbergen heading into the final weekend of competition.

But while McLaughlin is provisionally the drivers’ champion again, the teams’ championship remains hotly contested.

A maximum of 576 points remains on offer, for two one-two finishes on the streets of Newcastle, while Shell V-Power Racing and the Red Bull Holden Racing Team are split by just 116.

The teams’ championship is coveted not only for the recognition of being the best team in the season, but because it comes with the first garage in pit lane, offering a strategic advantage for the coming season.

Together with team-mate Fabian Coulthard, McLaughlin is now focused on securing that position for his squad.

“It’s an important position in pit lane and, look, (for) the last three years our two teams have been basically at war in some ways.

“It’s cool, we both want to beat the hell out of each other but we have a tremendous amount of respect between the two sides and that’s a really cool thing.”

Though McLaughlin claimed last year’s drivers’ championship it was the Red Bull Holden Racing Team which emerged victorious in the teams’ title race.

That resulted in them holding the coveted first garage throughout the current season, with team boss Mark Dutton admitting his squad was determined to hold on to it of its strong showing in Surfers Paradise.

His views were echoed by Triple Eight boss Roland Dane, who feels his team’s fortunes have changed since aerodynamic changes were made to the ZB Commodore ahead of the ITM Auckland SuperSprint.

“Since New Zealand, to be honest, we’ve had more of a level playing field, so we’ve been able to claw back some of the deficit (in the teams’ championship),” he said.

In Sunday’s Sandown 500 itself, both teams walked away with identical points tallies of 340 apiece, maintaining the gap at 116 with two races to run.

Shell V-Power Racing Team had held a commanding position in the teams’ championship before being docked 300 points following the Supercheap Auto Bathurst 1000, as well as the incidental loss of 120 due to the relegation of Car #12.

The team then lost another opportunity to score points when McLaughlin crashed out of Armor All Qualifying for Race 27 at the Gold Coast 600, a race in which Red Bull Holden Racing Team capitalised by scoring a one-two result.

The Supercars season draws to a close next weekend at the Coates Hire Newcastle 500.