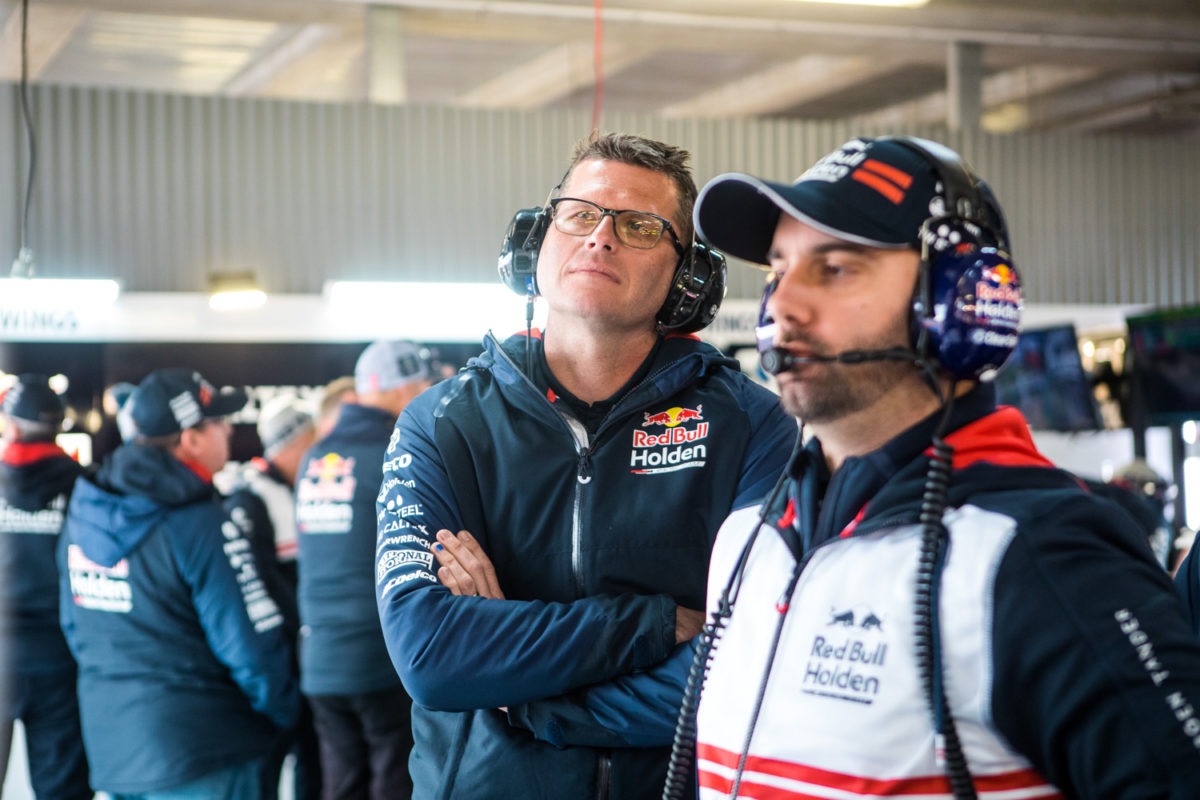 Garth Tander has admitted that he has received offers to return to the Supercars grid full-time next season.

Dropped by Garry Rogers Motorsport in favour of Richie Stanaway at the start of 2019, Tander was immediately snapped up by the Red Bull Holden Racing Team as a co-driver for the Pirtek Enduro Cup.

That resulted in four podiums from five starts (including the co-driver qualifying race at Sandown), including victory on Sunday at the Gold Coast 600.

Those performances alongside Shane van Gisbergen have seen a number teams get in contact with the 2007 series champ about the possibility of returning to the fray full-time next year.

“The phone has rung a couple of times over the last three or four weeks,” Tander told the Below the Bonnet podcast.

“A lot of people have asked, since what happened with me in January, are you going to try and get back in full-time in 2020, and I said I’d only do it if I was in a car I knew was really capable of results.”

Tander won this year’s Australian Endurance Championship alongside Geoff Emery in an Audi R8 LMS, and has had outings for Melbourne Performance Centre in the TCR Australia Series.

Together with the results achieved with van Gisbergen in his recent Supercars outings, it’s been a successful season for the 42-year-old.

However, the three-time Bathurst 1000 winner remains realistic about his career outlook.

“It’s been a long time for me since I’ve been in that position.

“Unless RD (Roland Dane) next year is running a third car for me, I don’t see any desire to come back,” he added.

“If I was in a car that was capable of being top three, top five every weekend then yes, you’d consider it, but I think the reality of someone hiring a 42-year-old to go back into that environment is very slim.”

Tander was however happy with the performances he turned in throughout the Pirtek Enduro Cup, including Sandown which ultimately ended in disappointment.

“I was really satisfied with my performance in the first half of the race (at Sandown).

“Just from a personal execution point of view, there was a role that I had to do, and I achieved that to the best that I could – probably exceeded a little bit.

“Even though the race result sucked, walking away knowing your performance was exactly what you needed to do in that time and place and that environment, so that’s satisfying.

“A lot of people out there probably thought I’d gone over the peak a little.”